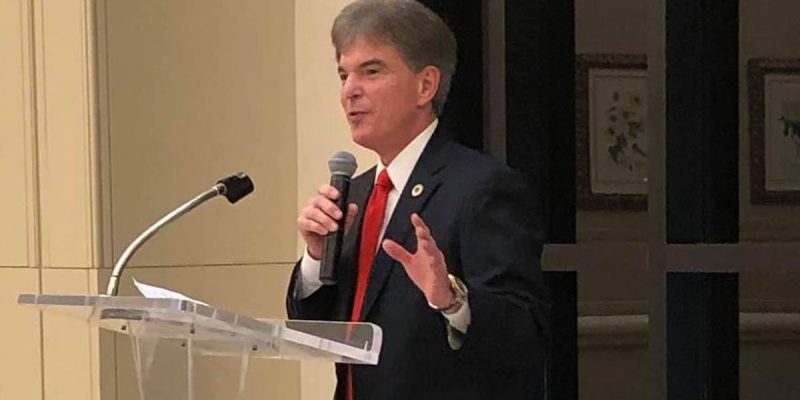 The problem of neo-racism posing as anti-racism is worse in Louisiana than commonly realized, debate over a bill in the Legislature showed earlier this week.

Since I began teaching Louisiana politics in the 1990s, I never have witnessed the level of misrepresentation and misdirection applied to any single bill than to Republican state Rep. Ray Garofalo’s HB 564. The bill as amended defines several “divisive concepts” that could not be taught uncontested in elementary or secondary education, or used as part of training materials in those schools and higher education. (The original version included higher education instruction, but Garofalo excised that upon considering that legal authority rested in the Board of Regents to make curricular choices.) These concepts demean people on the basis of their race, sex, or national origin by imputing characteristics allegedly implicit to people of certain races, sexes, or national origins – what might be called harmful stereotypes. Several other states are considering similar bills.

During a hearing of the House Education Committee, proponents faced an onslaught of demagoguery on the bill. Opponents succeeded in sidetracking it because they concentrated their assault on the academic portion by making specious arguments as if they never read it.

Most amazingly of these, they tried to turn the argument completely on its head. The bill called for the de-privileging of critical race theory as an uncontested assumption in presentation of material, by allowing it to be the basis of theories presented to schoolchildren or the paradigm on which educational employee training could occur only so long as exposure to contending theories and paradigms went with it.

Instead, opponents alleged the bill meant it couldn’t be used – perhaps a form of projection knowing that, due to its intellectual vapidity, paucity of real-world data to back its assertions, and belittling and harmful tone, those exposed to alternative views and critiques of it would reject it, making it useless as a worldview by which to shape others’ thinking – which proponents poorly countered by trying to make distinctions between teaching “fact” and “opinion.”

This allowed opponents to make a claim that, instead of CRT muscling out any critique of it, that it would become an academic freedom casualty – despite the bill clearly stating that its language in no way would it circumscribe free inquiry in instruction. Of course, at the level of elementary and secondary education the Legislature already has several mandates in place as to subject matter to be taught and defined what concepts to include (some of which contradict CRT tenets), so an even more restrictive approach would not have been precedent-shattering.

(One bright moment came when a Democrat Gov. John Bel Edwards appointee to the Board of Elementary and Secondary Education who testified against the bill, a leftist Democrat former legislative candidate and Louisiana State University professor Belinda Davis, complained using this narrative. She then received an absolute schooling on the issue from Republican state Rep. Chuck Owen, who didn’t make a career in academia but has a Ph.D. from LSU and teaches as an adjunct instructor.)

Don’t lose sight of the extreme irony here. CRT’s claims that racism by whites is institutionalized to the point that without a full “anti-racist” agenda which amounts to impose the same kinds of discrimination that existed in Jim Crow days, just moving in another direction, the problem can’t be fixed.

Further, modes of intellectual inquiry – such as data collection and analysis and the use of reason to draw conclusions – automatically are compromised and tools of oppression when used to demonstrate the intellectual bankruptcy of the concept. Such thinking is considered beyond questioning, and to question it becomes another sign of racism. In short, the entire CRT concept is an assault on academic freedom, yet its defenders allege that to challenge it is exactly that assault.

Other opponents alleged that to put such a law on the books would invite legal action. This was another attempt to turn the bills’ argument on its head: any reasonable interpretation of the 14th Amendment and Title VI of the Civil Rights Act of 1964 means that implementing critical race theory likely runs afoul of these, as courts are beginning to rule. The law would protect the state and its political subdivisions from litigation, not the reverse.

Still others said it was solution in search of a problem. Sustaining this relies on two logical fallacies: absence of past incidents doesn’t invalidate the possibility of these occurring in the future, and that the absence of public information about such incidents doesn’t mean they don’t exist. Garofalo testified he had received numerous reports from families and education employees about the creeping progress CRT dogma had made into the classroom and training, but promised confidentiality to those involved because of fear of retribution from those in power.

They have every right to have such fears. In Nevada, a child was given a failing grade in a class for refusing to parrot views of inherent white racism. In Massachusetts, a private college employee was in effect demoted and then resigned after being subjected to training and job requirements that demeaned white people in general and her specifically for being white. These are just a couple of many publicly-reported hostilities that represent the tip of a burgeoning iceberg and provide ample demonstration of why families and employees fear repercussions and need confidentiality.

And every higher education faculty member who dissents from academic orthodoxy can tell similar stories from their students who confide in them – how the less-tolerant instructors who overtly politicize their instruction become objects of gamesmanship, with the students not challenging material more focused on indoctrination than inquiry and regurgitating it on command in order to maximize their chances of earning good grades, all the while disbelieving it, if not mocking it. This is no secret; higher education freely admits this happens and that students are pressured by it regardless of whether they let it influence their own beliefs.

Yet bill opponents shamefully insinuated that because Garofalo wanted to protect these individuals that their complaints were not credible because they wouldn’t go public and risk retaliation. Where is the empathy that people of that ilk often demand in other situations, that every person who sees themselves as having been victimized should have their stories accepted?

But perhaps the most stunning confirmation of the relevancy of the bill, in the vein of the Devil’s cleverest wile is to make men believe that he does not exist, is that the very excesses identified in the bill, denied by opponents, already exist within Louisiana’s elementary and secondary education. And with the blessing of the supposedly reform-minded Board of Elementary and Secondary Education.

In case you have doubts, here’s what Republican BESE Chairwoman Sandy Holloway told the committee: “The truth is that systemic and institutionalized racism and sexism do exist.” Or ponder that Superintendent Cade Brumley recently authorized a training program that promotes the notion that white teachers and administrators harbor “implicit bias” against children of other races that makes them treat those children unjustly.

For an example of how this trickles to the local level, there’s the resolution, brought up during the hearing, from the Orleans Parish School Board from last year that maintains there exists “persistent racial violence and systemic racism we continue to see across our country” from the “many current inequities … sustained by historical legacies and structures and systems that repeat patterns of exclusion, and institutions and structures have continued to create and perpetuate inequities, despite the lack of explicit intention, “ but “because our efforts are hindered by an unjust systemic racist America, we intend to be proactive in dismantling the pillars of unequal justice, bigotry and oppression;” meaning it launched a program “to develop a racial equity plan within and across departments, which addresses structural racism.” This ethos is a textbook example of CRT.

Nor can we ignore the views of several opponents who testified, from the OPSB, academia, and interest groups, who spoke in the same vein that their CRT worldview simply isn’t open for debate and inquiry, thus its pro-racial discrimination bromides must be cast upon government and society, despite its intellectual vacuousness and empirical negation as a valid understanding of how the world works. It is quite simply neo-racism posing as anti-racism, and the religiosity with which these acolytes appear to hold this view signals that its presence as a guiding ideology for instruction in Louisiana is neither insignificant nor illusory.

And it is pernicious in that it legitimizes racism. It promotes racism against whites because it imposes unjust discrimination against them in the name of undoing alleged discrimination against others. It adheres to racism against all other people because it assigns to them a peculiar identity that rejects certain attitudes and behaviors (for example, among other things CRT condemns attitudes associated with “whiteness” as racist, identified in the bill as belief that “the concept of meritocracy or traits such as a strong work ethic are racist or sexist or were created by a particular race or sex to oppress another race sex” and “the concepts of capitalism, free markets, or working for a private party in exchange for wages are racist and sexist or oppress a given race or sex”) as legitimate for non-whites (and by implication makes you a “race traitor” if a non-white does adhere to those attitudes and subsequent behavior.)

Which returns to the question of how best to insulate impressionable children and vulnerable employees from the consequences of this anti-intellectualism, if not its harmful racially discriminatory impact? The bill seems unlikely to advance even with reformulation because of curious, if not negligent, indifference by the Legislature’s Republican leadership of House Speaker Clay Schexnayder and Senate Pres. Page Cortez.

At the very least, Garofalo and/or other legislators should pursue a resolution that would commission exposure of the scope of divisive concepts in state and local government training in the state. Academic freedom vs. civil rights protections can’t be used as a diversionary tactic here since that issue doesn’t apply relevant to training.

Citizens also need to bring accountability to politicians whose public statements suggest acceptance of CRT’s worldview in their policy-making. For example, they – especially any opponent she draws in any reelection attempt – need to ask Holloway (or any BESE member) to confirm that she believes that “systemic and institutionalized racism and sexism” exist in Louisiana and if she does affirm to explain where and how it exists, whether she endorses the use of divisive concepts to eradicate it, and whether she supports Brumley’s initiative that presumes that certain disciplinary measures are racist in application.

Finally, victims of the negative stereotyping and adverse actions taken against them for resisting acceptance of it that comes from the use of divisive concepts should litigate against their abusers. Federal law protects them from such discriminatory treatment, and the growing case history suggests the legal community from solo practitioners to public interest firm are ready to lend a hand.

Nothing in terms of state government policy may come from the intent behind HB 564, which seeks to preserve academic freedom and prevent possible violations of Louisianans’ civil rights. But the discussion it generated if nothing else shone a light on a movement to reeducate and indoctrinate in a way that violates basic human dignity, all backed by the state.