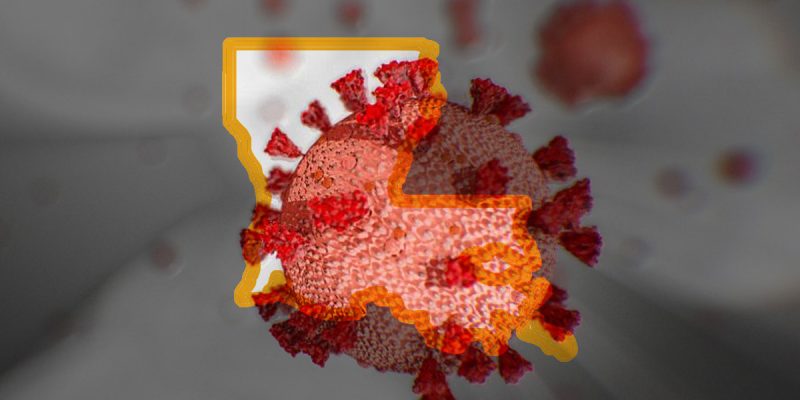 Let’s try to understand correctly why a significant portion of Louisianans won’t take a Wuhan coronavirus vaccine presently without lapsing into overly simplified argumentation, avoidance of which will produce optimal public policy in combatting the virus.

A recent pair of studies pointed out that about a third of the state’s population didn’t intend to receive a vaccination. One of these, the 2021 Louisiana Survey, also provided data on the party and ideological identifications of respondents, which revealed liberals and Democrats much more likely to want to get vaccinated than do conservatives and Republicans. The same pattern was observed on the issues on approval of a mandate to wear masks in public and on state government response to the pandemic, with liberals and Democrats much more in approval.

The common nexus behind all three of these is government fiat. More than most states, Louisiana has responded with a heavy-handed approach of government control that statistically has brought a low payoff, and vaccine development had heavy government involvement. Unfortunately, the short-term, risk averse nature of politicians at all levels of government – many recoiling at the idea what could happen to their political careers if they received blame for anybody’s death because they “didn’t do enough” – plus the opportunity playing up the risks of the pandemic by the political left in order to increase its ability to control and magnify the power of government served a political end.

With greater faith in government than in individuals and a greater tendency to rely on emotive appeals and sloganeering, it’s no accident that leftists would approve in higher proportion to these kinds of government activism. By contrast, the greater intellectualism behind conservatism plus a natural and deserved skepticism of government-driven solutions that attenuate individual liberty would encourage less enthusiasm by conservatives to think the same.

And it is crucial to understand that this skepticism not only is entirely rational, but warranted. Development of the three vaccines currently available in the U.S. came at record speed with no opportunity to assess the truly long-term effects that the vaccines have on healthy individuals. That data has started to accumulate to a critical mass that indicates problems and areas of further study which contradicts the surface assertion of the Louisiana Survey director to the media that alleged “science overwhelmingly says that [vaccines] are safe.”

In the U.S., Europe, and Australia several serious conditions have been found associated with vaccines. Of note here, association doesn’t imply causation, but typically when compared to a control population the occurrence of something in an experimental subpopulation at a significantly higher rate after treatment (in this instance the vaccines) very often the outcome isn’t spurious. To tie the occurrence to the treatment could take years, so a cautious attitude makes sense (although at least one rare event already has been attributed to a vaccine).

It sums to a balancing act. On the on hand, you have several adverse reactions to vaccines likely to be demonstrated over the long haul that never would have happened if not taking one. On the other hand, their incidence is not likely – at most, maybe low double digits out of a million, but that is greater than the zero registered by abjuring shooting up a vaccine.

So, balance the very small chance of having a severe medical complication with the vaccines, magnified in that the rushed pace of discovery and deployment guarantees others will crop up and perhaps at greater risk, with the small to tiny chance infection by the virus will cause major medical problems. It’s the same calculus used by people for decades concerning whether to take influenza vaccines – which because of their much longer provenance carry many fewer risks – every year. And by way of contrast, the infection fatality rate, as the data accumulate, comparing the typical flu to the earliest coronavirus strains are close to equivalent – in the population as a whole, that is; keep in mind that much more than the flu the virus disproportionately attacks certain subpopulations while affecting less virulently others.

In fact, if you are younger than 65 and have no comorbidity conditions, the chances of having a severe reaction to the virus, much less die from it, are “remarkably uncommon.” So, it makes absolute sense if you fall into that category to refuse taking a vaccine with the many unknowns surrounding long-term side effects of these. It neither is irrational nor politicized, so government policy based upon that erroneous assumption does a great disservice and injury to the public.

Which is why government should actively intervene to prevent discrimination against those who don’t receive a vaccination, whose threat to pass on the virus diminishes with every person who does choose vaccination (and hopefully avoids the rare side effects). It obviously shouldn’t impose that upon the unvaccinated, and it shouldn’t allow that to happen in the areas in which it regulates.

Thus, several bills introduced in the Legislature for the regular session beginning just days from now attempt to prevent this, both by government and employers. These prevent or discourage vaccination requirements for people to receive government services or to work. Passage of these is vital to allow individuals to look out for their own health and safety and to prevent coercion that threatens both.

Interested in more news from Louisiana? We've got you covered! See More Louisiana News
Previous Article Anybody Want To Talk About What A Dumpster Fire LSU Is?
Next Article APPEL: The Senate Is Not The House, Thank Heaven