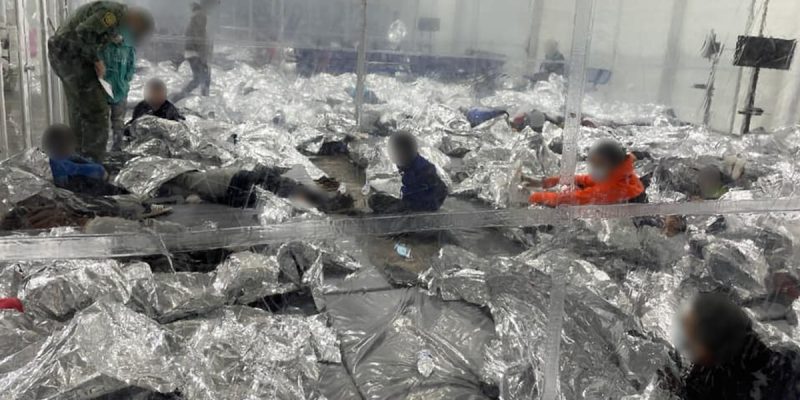 Despite the Biden administration’s denial, we have a crisis at the U.S.-Mexico border, and the failure to enforce our laws will have a ripple effect throughout our country, whether it is an increase in crime in our communities or a rise in COVID-19 cases along the border and in communities where migrants are sent.

The United States is a nation built on law and order, and we have immense respect for our law enforcement officers who work to keep our communities safe. Yet the American Dream is under attack because the Biden administration has proven that it has no regard for the rule of law.

First, the Biden team was silent when radical Democrats aggressively pushed to defund the police. Now, progressives are advocating for open borders and expanded amnesty for illegal immigrants, which will draw even more unlawful migration into our country.

These policies have resulted in an unprecedented crisis at the border. Parents are handing their children to drug traffickers and human smugglers to make the perilous trek alone in dangerous conditions. These criminals are profiting from the Biden administration’s open border policies, creating a climate of false belief that anyone can cross the border with impunity.

Last week, we traveled to the border to see this crisis firsthand. The out-of-control stream of illegal immigrants across the U.S.-Mexico border continues to exhaust our hardworking Border Patrol agents and other law enforcement officials who work tirelessly day and night.

In March, Border Patrol agents apprehended more than 171,000 migrants at the southern border, marking a 15-year high. This includes nearly 19,000 unaccompanied minors, which tops the prior all-time monthly high of nearly 12,000 in May 2019.

The crisis at the border has allowed an average of 2,200 illegal migrants – often cartel smugglers bringing drugs – to enter the United States daily without being captured.

Our personal experiences at the border were a searing indictment of the Biden-Harris administration’s policies and how dangerous they can be for the families and young children who made such a dangerous journey. This has led to a humanitarian crisis where we witnessed crying children packed into crowded cells at processing centers, forced to sleep on the floor inches apart from each other.

We visited the holding cells President Biden set up for young children, and each had over 400 people crowded inside a cell that was designed to hold 33 people.

This and other heartbreaking scenes we saw at the border were shocking, and if these policies continue, even more families and children will be forced into perilous situations like what we saw firsthand.

Customs and Border Protection is overwhelmed trying to handle the surge, and children are being held in cells longer than the law allows due to the backlogged system. The Department of Homeland Security estimates this will only get worse as the year goes on.

The scale of this crisis should be obvious to anyone paying even a little attention to the news. It is clear that the Biden administration’s actions to roll back proven Trump administration policies that stemmed the flow of migrants has created a surge of illegal immigration.

President Biden must reverse his failed policies that created this crisis, and Congress must take decisive action on border security. But Democrats in Congress have taken the opposite approach and forced through bills incentivizing illegal immigration by providing taxpayer benefits and green cards to violent criminals and gang members.

Instead of passing reckless legislation, President Biden and Speaker Nancy Pelosi, D-Calif., should be focused on securing our border.

Walls work, and our Border Patrol agents have said that a secure border is the strongest deterrent to illegal immigration. Over the past four years, Congress has provided funding to construct 458 miles of wall, barriers and fencing along our southern border. Under the Trump administration, we were making progress in securing the border and deterring illegal immigration. However, President Biden halted wall construction, even as contractors still get paid.

Our visit to the border showed us in stark terms how the Biden administration’s destructive immigration policies have hurt children on the ground. Our Border Patrol agents are pulled away from stopping drug dealers to instead babysit young migrants. Their facilities dangerously exceed maximum capacity, and there is a constant fear that the crowds of unlawful immigrants may spur a COVID-19 super spreader event.

The fact is, Joe Biden and the Democrats have all but declared America’s border open during a deadly pandemic. We have seen the devastating effects of these policies in person, and we must take action to secure the border and protect our national security.

Interested in more national news? We've got you covered! See More National News
Previous Article If All Louisiana’s Legislators Do Is Hand Out Money, Shame On Them
Next Article SADOW: John Bel Edwards Isn’t That Relevant Anymore