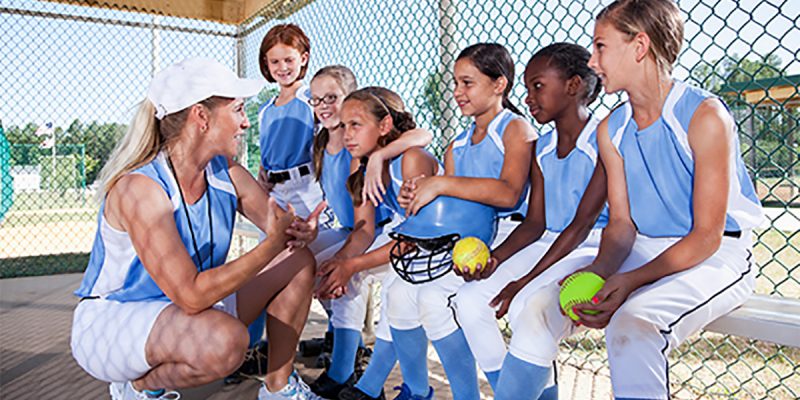 At some point in the recent past Louisiana’s legacy media decided to anoint Dylan Waguespack, a former low-level John Bel Edwards staffer who managed to leverage a rather exotic sexual preference into a gig as a lobbyist, as something akin to a civil rights figure. This wouldn’t be particularly notable, but it matters now that one of the better legislators in Louisiana’s House of Representatives is trying to save girls’ sports from aggression by cultural Marxists.

Beryl Amedee, a Republican from Houma, filed HB 542 for the legislative session which starts next week. The bill would keep biological males out of girls’ sports at Louisiana’s public schools. It’s one of several bills on this subject filed by Louisiana’s legislators. Sen. Beth Mizell has filed SB 156, which does the same thing, Sen. Mike Fesi has a bill, SB 104, which would require parental consent before any kids could undergo “gender therapy,” including things like puberty blockers. Rep. Gabe Firment’s HB 575 goes a little further than Fesi’s, even including criminal penalties for people who assist kids in sex changes regardless of parental consent.

Those bills represent efforts by Louisiana’s legislators to do something about the mutilation of children. They are not attacks on the transgendered. If you’re an adult and you want someone to alter your appearance through surgical or pharmacological means to make you look like the opposite sex, that’s your business and none of the proposed measures will change your access to the parts of the medical community which engage in such practices.

And no one has even brought a bill requiring the medical community to disclose to you the dreadful statistics surrounding sex change procedures. Like, for example, the more than 40 percent of post-operative transsexuals who attempt suicide. Or the staggering number of complications arising from such surgeries, as expressed in a study in which, of 129 patients undergoing female-to-male sex changes there were 281 complications requiring 142 revisions.

They’re just saying let’s not do this to kids.

And Amedee and Mizell are saying let’s not put girls through the trauma and weirdness of having rejects from the boys’ track team showing up at the girls’ practices demanding tryouts. Not to mention having them show up in the locker rooms and showers.

When this was reported on by the Advocate earlier this week, though, out came Dylan Waguespack to squeal about Amedee’s legislation.

“These bills aren’t being introduced to solve a real problem. If they’re not good-faith solutions to real problems, I can only guess we’re having this conversation to make it harder to be a trans young person in Louisiana.”

Which is not what those bills were about. They’re about keeping girls’ sports intact and not having them destroyed by men taking them over. But even if this was about making it harder to be a trans kid in Louisiana, that isn’t a bad thing.

From a public policy standpoint it is in the best interest of the people of Louisiana to have as few trans kids as possible.

Transgender surgeries are very expensive and, as noted above, they don’t produce good results. They don’t make people happier. And as we’re seeing all over the globe this faux civil rights movement causes chaos everywhere it goes.

The fact that so many of the “trans activists” out there turn out to be absolutely insane, and vitriolic in their insanity, does not damage this point. These people threaten violence over statements by straight people that they aren’t interested in dating drag queens, for crying out loud. They go ballistic on Twitter over the use of pronouns. Some of them are even demanding that ALL kids be put on puberty blockers. Who wants more of this?

Dylan Waguespack thinks parents who don’t want their daughters forced to share locker rooms with boys, or to lose their place on the swimming or cheerleading team to boys, don’t have a real problem in Louisiana. And The Advocate asked Amedee if she could name a current case where this has happened in Louisiana, which was a clear point of media bias. The point of the legislation is to prevent that kind of chaos from happening here when we know it’s happening in other states.

We all know Gov. John Bel Edwards will veto these bills if they pass. Even Republican governors like Kristi Noem and Asa Hutchinson have bent the knee to Woke Corporate America and vetoed them, though Hutchinson’s veto in Arkansas was overridden by the state legislature. It’s doubtful Louisiana’s legislature has that much fortitude.

So if you want to call this a political attack on the trans people, as Waguespack and the moralizing leftist Chris Kaiser from the Louisiana ACLU did in talking to the Advocate about Amedee’s bill and the others, so be it. It so happens that regardless whether these bills become law they represent the will of the people in this state and elsewhere.

Nobody cares what Dylan Waguespack thinks, regardless of what advocacy the Advocate wants to print. And when high school sports eventually devolves into chaos, it’ll be worth remembering that Amedee and Mizell and the other legislators who support them tried to stop it.

Interested in more news from Louisiana? We've got you covered! See More Louisiana News
Previous Article You People Are All Wrong On Voter Registration Losses, You Know
Next Article CROUERE: Look Around And Learn, Louisiana