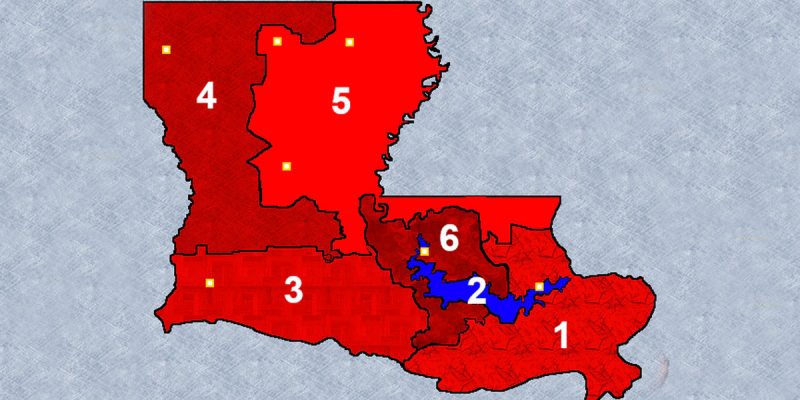 The news this week that Louisiana will not lose a congressional seat is very positive news as a matter of political clout and for many other reasons as well.

The latest U.S. Census data reflects that Louisiana has experienced a 2.7% growth rate and has a population of approximately 4.6 million people—about 120,000 more people than in 2010.  While our 2.7% growth rate is well short of the 7.4% population increase seen in other states across the country it is still enough to hold on to all of our congressional House seats. (I spent many years in D.C. working in the Congress and can attest that both the number of U.S. House seats and the collective seniority of our elected members of Congress are very important).

Recall that, unfortunately, Louisiana lost a congressional seat in the U.S. House after the 2010 Census due to very little population growth at the time, causing our U.S. House delegation to go from seven to six members.  Recall that we also lost a House seat in the 1990 Census reducing our number of congressional House seats from 8 to 7.  (I had the honor of working for the late Clyde C. Holloway, the Congressman (and later, Public Service Commissioner) who represented the old 8th Congressional District until it was dissolved).

The federal government allocates more than $675 billion per year in federal funds.  These funds are spent on schools, hospitals, roads, public works, and other crucial projects.   That is why our population growth, as reflected in the number of our U.S. House seats, directly impacts how and in what proportion federal benefits (our tax dollars) are distributed (returned) to Louisiana (us).  Population totals determine what states receive federal assistance of all kinds, including grants and direct funding to states, parishes/counties, cities, and towns.  These population breakdowns also include sex, age, race, and other geographic and demographic factors.

Most encouraging is the powerfully hopeful meaning behind these numbers.  They clearly indicate that Louisiana is not just maintaining its current population—which we have struggled at times to do—but that we have actually grown!  It means we have another opportunity, another decade before the next census, to try to address the problems in our state that have caused many of our precious family members to leave for jobs and opportunity elsewhere.  It means we have another chance to make our state more attractive to those companies already here and those companies and corporations from elsewhere looking for a new area in which to grow.

Hope and enthusiasm are contagious, and this news should provide us with both!  We should be reenergized and redouble our efforts to continue to improve Louisiana.  We are the only thing that can stop us.