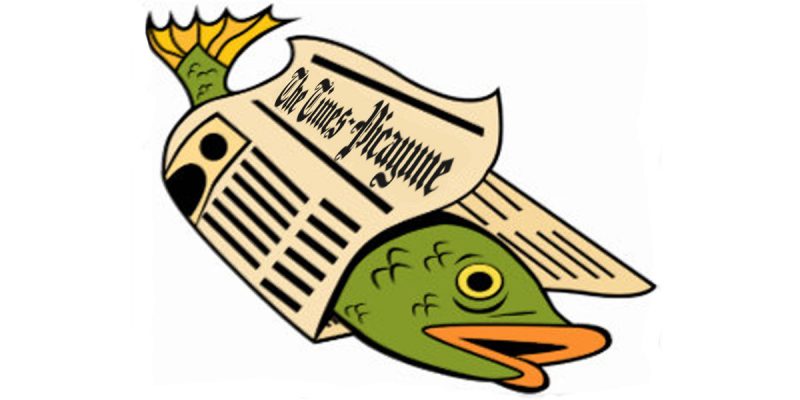 Of course, the suburbs are vastly different politically. Most of the suburban areas are solidly Republican. In fact, there are more people living in the surrounding parishes than in Orleans Parish. So, the media in New Orleans should be quite diverse, representing the political differences in the area.

Instead, almost all the local reporters for the newspaper, television stations, radio stations and news websites are liberal.  My Ringside Politics radio program airs on the only station to allow a multitude of political views on the airwaves, WGSO 990-AM and Wgso.com. In this environment, a conservative in New Orleans media is about as welcome as former President Donald Trump at a meeting of the Democratic National Committee.

This bias is especially true for The Times Picayune/The New Orleans Advocate. Almost all the newspaper’s reporters, columnists, editors, board members and owners are liberals if not full-blown leftists. This one-sided presentation needlessly alienates a large portion of their potential audience.

In the last presidential election, President Trump won approximately 59% of the vote in Louisiana, while his Democratic contender, Joe Biden, won only 40% of the vote. Clearly conservatives are in the majority throughout Louisiana, and in the metropolitan area of New Orleans.

These preferences are expressed in a variety of elections, not only the presidential race. Except for the Governor, all Louisiana statewide elected officials are Republicans. The state’s congressional delegation only has one Democrat as well. The Louisiana State Legislature has almost a super majority of Republicans in both houses.

Despite this dominance, Republicans in the metropolitan New Orleans area are totally ignored by the local media. Despite the clear preference of suburban New Orleans residents for conservative ideas, the media in the city are primarily geared to pleasing the 40% of the population that comprise hard core Democratic Party voters.

I can attest to this bias based on my experience as a periodic columnist for The Times-Picayune/The New Orleans Advocate. The relationship was difficult and unpleasant to say the least. After being granted an opportunity to submit a regular column from a conservative viewpoint, I was unduly scrutinized, edited and ultimately denied the chance to present genuine diversity on the pages of the newspaper.

Even though I knew I had to temper my true conservatism when submitting a piece to The Times-Picayune/New Orleans Advocate, my columns received editing to “tone it down” for the readers. These modified columns still provoked angry letters to the editor expressing disapproval from a variety of liberal readers. These letters were not only printed, but they were also given prime exposure in the newspaper.

Not surprisingly, no letters were ever printed from readers expressing support for my columns. The message was clear, I was alone on an ideological island, too extreme and conservative to merit any company.

This rocky relationship ended after I voiced commercials for my radio show that were financed by a private individual. The spots called for listeners to contact Louisiana Secretary of State Kyle Ardoin to demand “honest voting machines” in our state and to prevent a lawsuit like the one in Georgia.

This infuriated the paper’s editors, board and liberal staff writer Sam Karlin, who penned a story about the controversy and blasted “right-wing media” for “baseless allegations” about Dominion Voting Systems. While some conservatives did make “baseless allegations” about Dominion Voting Systems, my concerns were centered on Judge Amy Totenberg’s ruling which cited “true risks” and “malware that can be invisible to detection.” The spot was based on an actual judicial ruling and was quite effective, spurring public pressure that eventually caused Ardoin to delay the awarding of a $100 million contract for new voting machines.

Of course, my activities as a radio talk show host should be of no concern to The Times-Picayune/The New Orleans Advocate. It was mentioned that my position as a columnist was in jeopardy because I had the audacity to criticize the paper on my radio show. This is laughable because the newspaper deserves every bit of criticism it receives from me and every other conservative in the New Orleans area.

In recent weeks, the hits have kept coming from the far-left publication Gambit, which is now owned by The Times-Picayune/The New Orleans Advocate. I received a “thumbs down” of the week for being pictured with my wife and a Mardi Gras krewe captain at her organization’s ball. I was emceeing a public event during a pandemic, heaven forbid! Even though every stupid COVID-19 rule was followed, we were not being responsible according to the woke media and the woke Mayor of New Orleans, LaToya Cantrell, who demanded that we quarantine ourselves for weeks!

The most insidious attack occurred just recently, delivered by the Queen of Woke at Gambit, super liberal activist, masquerading as a journalist, Sarah Ravits. Previously, she wrote for a liberal website, Bayou Brief, and now is free to pursue unfettered liberalism at Gambit.

Recently, she wrote a hit piece on a local Republican women’s club President for comments she made in the aftermath of the Louisiana State Representative Ray Garofalo controversy. While her comments were wrongheaded and incendiary, the author decided to write another article and attack me for having my picture taken with her at a rally.

Even though plenty of other Republican officials were pictured with this activist, Ravits decided to focus her piece on me and my wife. This gave her an opportunity to disparage guests on my radio show, claim that I perpetuate “dangerous conspiracy theories,” have connections with the “QAnon” movement, believe in the “Big Lie” about the 2020 election, promote lies about the 2019 election as outlined in a recent column for The Hayride, and spread “unsubstantiated rumors” about “Black Lives Matter and Antifa.” Other than my hateful racism, crazy conspiracy theories and constant lying, she thinks I am a great guy.

These types of attacks perfectly showcase the extreme progressive bias that has infected the media in New Orleans. Woke young reporters are giving a platform to lambaste a former Deputy Chairman of the Louisiana Republican Party and a 22-year veteran of television and radio.

The worst of the worst is the local newspaper where “journalists” are glorified opinion writers and editorialists. They are journalists in name only, masquerading as fair and balanced and non-partisan. Instead of reporting the facts, they are constantly expressing their left-wing opinions.

The Times-Picayune/The New Orleans Advocate is stacked with liberal reporters, columnists, editors, board members and owners. Almost every opinion is a left-wing opinion.

As a token conservative, my tenure at the paper was short, but illustrative. It demonstrated how most New Orleans area residents are poorly served and their viewpoints are truly despised by the newspaper’s staff and leadership. The Times-Picayune/The New Orleans Advocate has gone fully woke, so it is only a matter of time before this once respected newspaper goes fully broke.