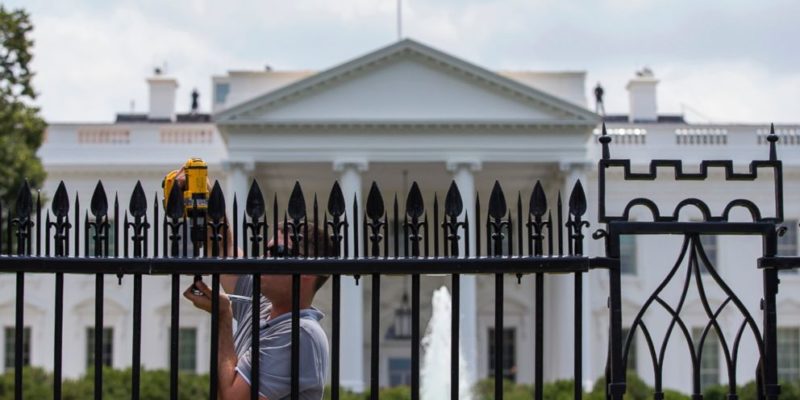 A provision buried in a 2,000-page federal omnibus spending bill from Dec. 2020 contains this text:

. . . the bill prohibits “any person, partnership, or corporation to engage in a deceptive act or practice in or affecting commerce associated with the treatment, cure, prevention, mitigation, or diagnosis of COVID–19.”

It sounds harmless enough, but as the article just-linked makes clear, it is being used as a weapon against those who offer cures outside the approved Big Pharma/Big Government boundaries:

At a time when the doctors in government and Big Pharma are misleading the public — often with deadly results — about the efficacy of lockdowns, masks, experimental mRNA, and expensive, ineffective treatments like Remdesivir, a Missouri doctor has been charged for marketing a cocktail of vitamin D and zinc as treatment against the virus.

According to KHOU-TV1, Eric Nepute and his company, Quickwork LLC, are facing 10 counts in federal court of violating the “COVID-19 Consumer Protection Act.” The Federal Trade Commission contends that this act grants it authority to make a determination that the Missouri chiropractor, who owns several Nepute Wellness Center locations in St. Louis County, “baselessly” claimed his product works against COVID at least as well as the vaccines.

To be able to access information on all possible treatments of a disease is a fundamental human need, and nowhere in the federal or Louisiana constitutions have the citizens given any government the power to curtail the exercise of that power (making it a reserved right protected by Article I, Section 24, of the La. Constitution and the 9th Amendment to the US Constitution).

Every agreement concerning trade, every regulation of trade, restrains. To bind, to restrain, is of their very essence. The true test of legality is whether the restraint imposed is such as merely regulates and perhaps thereby promotes competition or whether it is such as may suppress or even destroy competition. To determine that question, the court must ordinarily consider the facts peculiar to the business to which the restraint is applied, its condition before and after the restraint was imposed, the nature of the restraint, and its effect, actual or probable.

This new law and how it is being applied clearly ‘destroys competition’ and should be struck down, in addition to the above reasons, for violating federal antitrust legislation.

If private citizens lose their ability to freely access medical information, we are in a dangerous position:  unable to verify whether what the ‘approved voices’ are telling us is true or false.  Facebook and other Big Tech platforms have already banned some information on COVID treatments; now the federal government is getting involved, more than likely at the behest of Big Pharma (again per Horowitz), to give them a monopoly on COVID treatment.  Dr Mercola and Robert F. Kennedy, Jr, are other recent casualties of these efforts.

Louisiana’s State Legislature should remedy this injustice by quickly passing a law affirming that no public or private entity may curtail a citizen’s ability to acquire information on treatments for diseases or curtail a medical practitioner from offering or advertising such treatments (so long as said medical practitioner can back up his claims with solid evidence).

Attorneys General of Louisiana, Missouri (since the above case took place there), and of all the other States should file injunctions and other lawsuits as quickly as they can to stop the operation of this law.

The Louisiana State Sovereignty Committee has a letter and contact information available so that anyone can easily contact AG Landry and their State legislators about protecting Louisianans from this unconscionable law.

There is some hope that AG Landry will take some substantive action, but none at all that Gov Edwards, who seems to delight in destroying things with the hammer of medical tyranny, will do so.

We are not too optimistic about the Louisiana Legislature at the moment, either.  Their priorities are distressing to say the least.  Instead of measures upholding a virtuous society, they are going out of their way to push through laws that would undermine it, two of the most egregious being the expansion of gambling and the legalization of recreational marijuana.  Their rational is that these last two will enhance State revenues, but is it worth the increase in addictions, organized crime, corruption, mental disorders, and other maladies that will come along with increased gambling and pot use?

It should be emphasized that drug legalization-normalizing drug use are key parts of the George Soros-globalist-technocracy agenda to create a dumbed-down, subservient populace, which they can then easily control.

The Legislature, in promoting marijuana legalization, is pushing Louisiana to participate in the Marxist/Communist Great Reset (the cultural part, if not the economic part, for the moment; but the latter will come once the culture rots sufficiently).  Louisiana does need a ‘reset’ in some important ways, but the globalist variety is certainly not the sort that will lead to any improvements.

This Sunday, May 2nd, the Orthodox Church celebrated Easter, the Holy Resurrection of the Lord Jesus Christ.  In the Light of His victory over death and all evil, everything is clean and bright.  This new beginning, this new dawn that has risen upon the world, is where Louisiana needs to place her hope.  Christ has smashed the bars of Hades and freed us from our fallen passions, but the Louisiana Legislature – in promoting gambling and marijuana use and in caving to the LGBT lobby and the racial hatred promoters – is undoing Christ’s victory, is actively making Louisianans slaves to the devil and the demons whom He came to vanquish by His sufferings and death and rising again.

We would rather that Louisiana’s legislators sounded more like the Orthodox Patriarch of the nation of Georgia, who said concerning marijuana legalization in 2018,

We live in a difficult time when people find it difficult to discern where is good and where is evil; where is white and where is black. But if a man is a believer, if he has the fear of God, he will distinguish evil from good.

We must remember that drugs do not stay on the same level. The more time passes, the more human nature requires heavy drugs, and it is no longer restrained.

We must remember that permission to use drugs is enmity towards our nation. I am certain that the people who gave this permission for drugs themselves do not agree, but the pressure was so great, and the weight upon them that they were forced to make this ruling.

We must not forget that if we allow drugs, then we must allow drug trafficking and drug cultivation. The main thing is that this will lead to the arrival of youth from neighboring countries—young people who have fallen out of mainstream life will come from neighboring countries and create a whole drug center. Therefore, I ask everyone, and firstly the authorities, intelligentsia, and youth, to take care of our motherland, take care of our children.

We must realize that every time someone tries drugs, it’s the beginning of a fall. I am asking you, do not destroy our children, do not allow this lawlessness. May God give us strength and wisdom.

We plead with our State legislators to do the right thing vis-à-vis the feds’ crackdown on medical information and treatments and the general upholding of Christian virtue in society, but for now we are sorry to say that we must be ‘cautiously pessimistic’, as Father Andrew Phillips once said.

We would love to be proven wrong, though.

Interested in more national news? We've got you covered! See More National News
Previous Article CROUERE: How A $3,700 Ad Campaign May Have Saved The US Senate
Next Article BERNARD: The Fight Continues Against Critical Race Theory