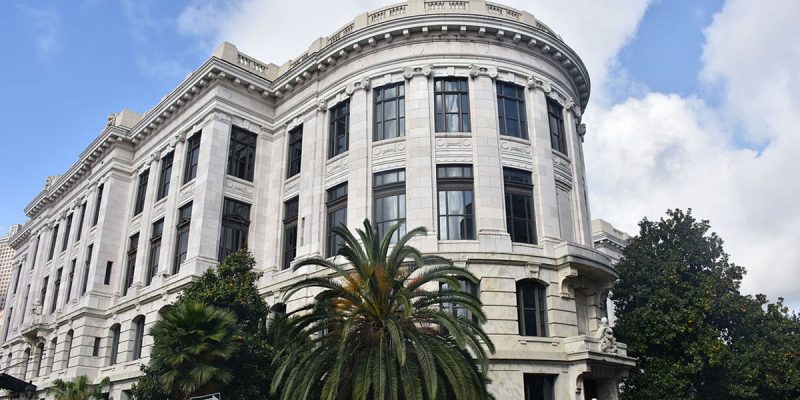 No constitutional or legal reason exists to justify the waste of taxpayer dollars on the altar of increased employment of elected officials by expanding the size of Louisiana’s Supreme Court.

SB 163 by Republican Sen. Patrick McMath would amend the Constitution, in a vote next year, to increase the size of the state’s Supreme Court from seven to nine members, provide for decennial reapportionment, and create roughly equiproportional districts in population. Changing the size would be comparatively the least radical of the bunch, recent history reveals.

Louisiana hasn’t reapportioned any judicial districts in over two decades. The last time that happened, it came as a consequence of the unwieldy Chisom v. Roemer consent decree, the 1992 case that the resolution of which committed the state to draw a judicial district explicitly on racial lines to produce a majority-black district in the hopes it would elect a black justice. Before the 1997 law that did so, the last redistricting came as a consequence of the new 1974 Constitution. And since then, the Legislature passed on doing so both after 2000 (sticking with the 1997 lines used) and 2010 (despite both House and Senate pledges to do so).

Nor have districts been equiproportional along the standard the Legislature uses for itself, five percent. In 2011, using registered voters (which isn’t the same as population, but as a rough proxy will do), average district size varied 14.6 percent, with District 7, the majority-minority one, was the smallest 30 percent below average. In 2021, the variance grew to 15.9 percent with District 7 26.7 percent under the mean.

Addressing this by the two-judge solution solves two purported problems, that of having markedly different district populations and that these don’t “reflect the state;” or, more specifically in a state with around three-tenths percent black population only one-seventh of the districts are majority-minority and just one of the seven judges is a racial minority. Presumably, a future law dealing with this redistricting would create another such district between the pair.

Except neither of these issues are a legal or constitutional problem. Because the present system is perfectly constitutional and is in no need of change.

This is because judicial branches, unlike legislative and executive branches in state governments, are not representational in nature. The Constitution, most specifically through the Civil War Amendments, and the law, most specifically through the Voting Rights Act as amended in 1982, determined through a series of court cases that elected majoritarian branch districts cannot be drawn in a way that dilutes racial minority voting because those elected to make policy on behalf of the people must reflect those minority group interests, so the state electoral system cannot impede that. In the past, by having districts with large population variances and drawn in ways to discourage election of minority candidates, this caused such dilution that is assumed to occur regardless of intent unless other extenuating factors explained the particular system and/or map (although equiproportional absence is assumed through numbers only, with essentially no leeway for Congressional seats, some for legislative ones, and still more for local bodies such as city councils, schools boards, and parish commissions/police juries).

However, the judiciary is exempt from just about all of this, because it is designed not as a policy-making institution, but an adjudicatory one. Thus, any motivation to support the bill because some parishes are over- or under-represented according to population under the current districting betrays zero understanding not only of the law, but of a foundational principle of American government.

Yet a slender exception, the courts have ruled, applies when it comes to race. Louisiana has played an outsized role in creating this because the majority of states don’t even elect judges and most of those that do have nonpartisan systems, which leaves Louisiana as just one of two states that do have partisan elections that especially brings up these questions.

Chisom v. Roemer comes into play here because, off the back of a 1986 case, it said that a diluted version of voter dilution could apply to judicial elections. Keep in mind, however, that no court found Louisiana’s old system in violation of the newly-created standard – which itself, as pointed out in a dissent, required an unusual reading of the Constitution that instead of applying something if written in a law applied something not mentioned in it at all – as the state created the new district as a remedy by its own consent. It’s at least even-money odds that were a similar case to go to the Supreme Court today it would decide more along the traditional lines enunciated in the dissent congruent with the run of play historically and remove this exception.

This plaintiffs in a 2019 case against Louisiana who try to assert precisely that the current system creates minority voter dilution hope this doesn’t happen. Their case has ground through procedural motions to date, still alive after Louisiana Middle District Judge John deGravelles ruled last year, among other things, that the Chisom v. Roemer standard did apply to the case.

But even as he did that, the ground was moving under his feet. Just afterwards, concerning a much longer-running case – a case and its relatives frequently cited by deGravelles – a Fifth Circuit Court of Appeals panel ruled that an at-large system used for electing judges in the state’s 32nd Judicial District (Terrebonne Parish) didn’t run afoul of that standard. Those judges emphasized that the burden of proof to rule an electoral system caused impermissible dilution is particularly high; thus, practically speaking, if an at-large system more likely than a single-member districting system to cause dilution remains constitutional, Louisiana’s current seven-member Court is as well.

So, any motivation to support the bill because of fear the present arrangement is unconstitutional is misplaced. Not only are all indications that the plaintiffs in the Middle District will lose, even if not they would at the Supreme Court and it as part of that very well might declare Chisom v. Roemer overreach and make irrelevant the entire question.

Questions about district populations don’t matter; Supreme Court justices don’t listen to cases individually from their districts so the issue of varying case volumes is moot. There’s no practical nor any constitutional reason to add judges. And, let’s say for whatever reason you just don’t like wider district population variances, or even want to take an ahistorical/constitutionally deficient approach and mutate the courts into policy-making bodies (which the Middle District plaintiffs petition to do), then propose legislation to move around some parishes and precincts in the seven existing districts. (In any event, the Legislature looks to do this for this next decade.)

With a proper understanding of the role of state judiciaries under the Constitution, the only practical change adding two justices to the state’s top court is to create more future jobs for politicians and the consultant/media infrastructure that gains cash from more people running for more offices. There’s no need to waste this time and $1.7 million annually in taxpayer resources.

SB 163 soon will hit the House floor. At least a third of the House needs not to vote for it, and if not enough of its members have to good sense to do so, in 2022 the people need to reject this useless jobs program for politically ambitious lawyers.