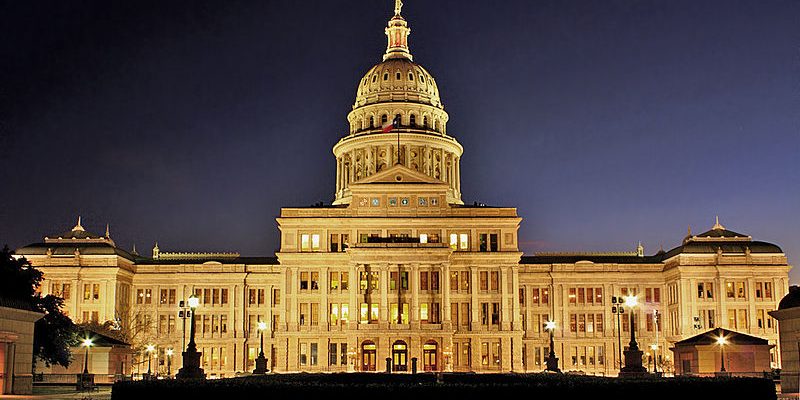 On literally the 11th hour of the last day of the 87th Texas Legislature, The Texas House Democrats intentionally left the House Chamber to break quorum.  This meant there was not a minimum number of members needed in order to vote on legislation which included confirming the conference committee report for Senate Bill 7 on election integrity by Sen. Bryan Hughes, in what would have been the last step before sending the bill to the Governor’s desk to sign into law.

In what was considered an “Emergency Item” by Gov. Greg Abbott, SB 7 should have been top priority for the Texas Legislature to pass.  With Republican majorities in both the Senate and the House, this bill should have been one of the first passed into law.  However after a relatively quick passage in the senate on April 1, 2021, SB7 then stalled out in the House.  The bill sat until April 6, before it was formally received from the House, then wasn’t assigned to the Elections Committee until April 12.  This delay was largely caused by Texas House Speaker Dade Phalen, the sole person who assigns bills to a committee.  Once the bill was “in committee” it wasn’t considered for a hearing until April 29th which in itself is a head scratcher because the bill’s House Sponsor was Elections Committee Chair Briscoe Cain.

From that Point SB 7  was then sent to the Calendars Committee chaired by Dustin Burrows which determined when bills would be heard and voted on by the House Members on The Floor.  That vote took place starting late at night on May 6th and concluded well past 2 am on May 7th.  This was after many attempts by the Democrat House Members to kill the bill via point of order.  While SB 7 was passed in the House, it was heavily amended, with many Democrat Amendments tacked on without a record vote, watering the bill down substantially.

For whatever reason it wasn’t until May 17th, a whole ten days later that the Senate rejected the House Amendments and requested a “conference committee”  consisting of members from both chambers to work out a compromise between both versions of the bill.  The good news, SB7 was not only restored of many of the original elements stripped out by the House, the conference committee report actually strengthened the bill substantially past the original Senate version.  This leads to the bad news.  The Conference Committee Report was published on May 29th, with only one day left in the 140 session set by The Texas Constitution to have the report voted on by both chambers.   The additions also presented an issue which required a separate resolution to be passed for elements that were “out of bounds” from either version of the bill.  This took several hours to complete in both chambers with Democrats employing stall tactics to run out the clock.  There were also posts on social media about the Democrats staging a 26 hour filibuster in the Senate to kill the bill.  Sen. Hughes however was able to guide bill through confirmation  from the Senate at around 6:30 am May 30th.

In The House a similar process was started and their counterpart resolution was passed at 10 pm that night.  At that point however over 30 House Democrats had already left the chamber.  It wasn’t long into the debate of the bill that number of awol Democrat Lawmakers grew leaving the total number of remaining lawmakers  below the minimum number to hold a quorum to vote on bills thus killing it shortly before the midnight deadline it needed to be voted on in order to pass.  The Democrats of the Texas Legislature have a history of breaking quorum to kill bills by the clock when they know they don’t have the votes to kill it the fair and square way.  It happened multiple times in 2003 when Democrats on the House fled to Oklahoma during the regular session to intentionally break quorum over school finance and insurance reforms.  The Senate Democrats pulled the same stunt when Then Governor Rick Perry called a Special Session on the same issues, that time fleeing to New Mexico.  This was so that they were out of jurisdiction of Texas Department of Public Safety to arrest the lawmakers for dereliction of duty and return them to the capital to restore a quorum.

The 2021 deserters didn’t travel nearly as far, only to a church in East Austin because by the time DPS could retrieve them it would have been past midnight and thus constitutionally impossible to confirm the conference committee amendments.  Does anyone else see the irony of cheating to kill a bill that would stop cheating to win an election?

This just reeks of gross incompetence to secure the chamber, especially since  Gov. Patrick had an over abundance of DPS Troopers present during the SB 7 confirmation vote in the Senate.   It was assumed to prevent another situation  that was similar to the events at the end of the 2013 Regular Session that gave rise to Wendy Davis and ended then Lt. Gov. David Dewhurst’s political career.  Many are now speculating Patrick was also trying to prevent another 2003 from happening.  Clearly it’s not just Pepperidge Farm that remembers.

Other’s such as Tony McDonald speculate that the walk out was choreographed, especially since he predicted it several hours in advance in a way so moderate House Republicans didn’t have to actually have a record vote on solid election integrity.

Abbott’s quick statement of adding election integrity to a special session after rebuffing Patrick’s call for one day earlier with Abbott calling Patrick’s request “goofy”.  This leads many to view that the spiking of SB 7 is highly suspect and is a way for Abbott to not only save face for being against Patrick’s call for a special session, but to also look stronger against multiple primary opponents.  Many even feel that Constitution Carry HB 1927 and The Heart Beat Bill SB 8 were allowed to pass because of Current Texas AG Commissioner Sid Miller hinting a run for Governor and former State Sen. Don Huffines going further by formally declaring.  Former House Reps Matt Rinaldi and Johnathan Stickland in an hour long video throwing their support behind Huffines, called out Abbott’s history of lack of leadership and contrasted with with Former Gov. Rick Perry who was very hands on with the Legislature and a strong leader.  For the record this author favors Miller. #ItsMillerTime

More than likely the election integrity bill that will pass out of special session, who’s start date has yet to be announced, will unfortunately be watered down to a degree to what was presented in the SB 7 Conference Committee report.  This is the unfortunate symptom of the failure of leadership of Gov. Abbott, Speaker Phelan, and possibly even Lt. Gov Patrick.  It’s also rumored that Patrick threw Phelan under the bus calling him, “the worst speaker I’ve ever dealt with,” and Abbott, “put too much faith in the rookie speaker.” This doesn’t change the fact that there were also some fatal delays to the bill in the Senate as well.

In contrast with leadership, Sen. Bryan Hughes should be commended for putting forward a strong election integrity bill, publicly defending it in the press, and when it came back from The House watered down, he not only restored it, but made it stronger.  Hughes also guided it through what many speculated to be impossible by getting his chamber to concur with the conference committee report, only for The House leadership to fumble it on the goal line at the literal 11th hour.  The Texas legislature needs more Bryan Hugheses and less RINOs.  The 87th legislature regular session could have been the most conservative session ever, instead it’s more business as usual in Austin.  Time for a new Governor.