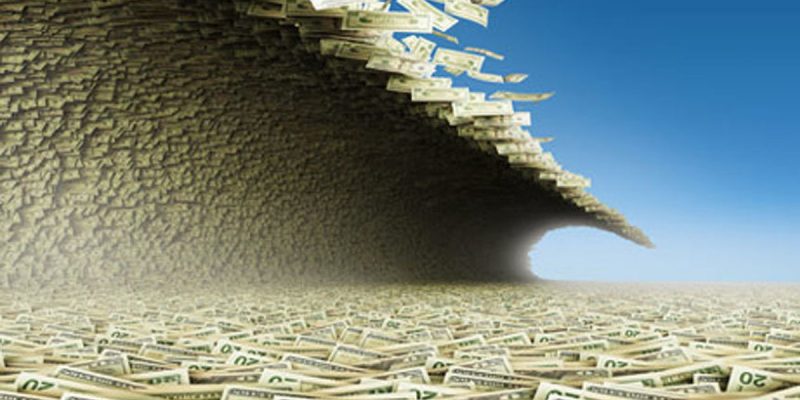 It is simply impossible for business and industry (particularly small businesses which are America’s economic engine) to compete with the combined financial power of state and federal governments.  When government subsidizes people who don’t work, that will continue to be the case.  They won’t work.

Our national economy should be seeing soaring job growth but, on the contrary, it is difficult to locate any American business or industry that isn’t starved for workers—even when offering higher pay or hiring bonuses.  As a result, those who are willing to work are increasingly difficult for employers to find.

What is the root cause of this? The trillions of dollars (added on top of state benefits) the federal government has poured into the economy in the last year.  Some economists have estimated that in 22 states households that qualify can receive a maximum wage equivalent of $25 an hour.  This is why millions of American workers have simply made the deliberate and reasoned decision not to work. (It is encouraging to see that some 25 other states have now declared they will soon stop accepting enhanced jobless benefits.  These state governments have realized the lack of workers has damaged their state economies).

There are other considerations here as well.  Some speculate that this sustained subsidization of workers by the federal government is a backdoor way for the Left to raise the minimum wage or implement the Universal Basic Income, an idea fraught with economic peril.  Others believe it is an effort by the Left to get more people on government assistance (without any work requirement) so they will then be obligated to give their political support to the party providing that assistance and those benefits.

All of this is very concerning.  These massive redistribution payments undermine the hallowed American work ethic.  Our work ethic has been noted, prized, and venerated and the reason that the American economy has historically always performed so well, raising the standard of living and lifting millions out of poverty.  However, the economy was only able to do that because people worked.  These last 12 months of not working have undermined the very idea of work—and whether people are willing to work at all.  However, deciding not to work is harming and delaying our recovery.

Financial incentive is what motivates human beings in a free-market economy and, consequently, giving away money causes a predictable but highly negative effect by extinguishing that incentive.  Government must now move out of the way and stop enabling, with our tax dollars, an anemic and sluggish economy.

Interested in more national news? We've got you covered! See More National News
Previous Article BAYHAM: D-Day Is A Perplexing Anniversary For The Woke
Next Article APPEL: What It Means To Be A Nation Of Law