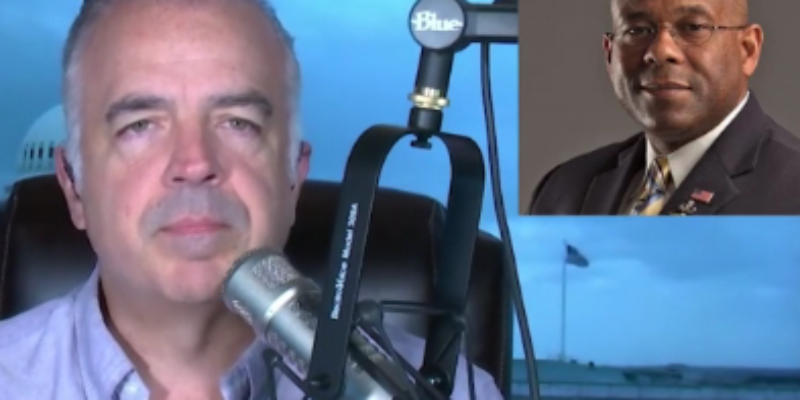 A radio interview on Friday triangulated on what Lt. Col. (Ret.) Allen West‘s next move could be.

While West, outgoing Texas GOP Chairman, former Congressman from Florida, and a retired Army Airborne Infantry officer, has not yet stated what his next move will be, though many have speculated it would be a run for Governor of Texas.

Radio host Joe Pagliarulo, host of the nationally syndicated “The Joe Pags Show,” may have put West in a bit of a corner when he asked what the most important office in Texas is — but West eagerly volunteered an answer.

Pagliarulo, an original supporter of West for state party chairman, said his intent was “not to trick” West with the question. At first, West gave his usual reply about “prayerfully considering” his future. But at around the 7-minute mark of the interview was the following exchange:

Pagliarulo: “What, in your mind, is a more important job: Governor of a state, or a member of Congress, a Senator …?”

West: “I think the more important job is to be a Governor of a state, because those [the States] are the incubators and the test labs of our constitutional republic. We’ve got to restore that sense of federalism, we’ve got to understand the 10th Amendment, and when you look at all of these things that are being done by unconstitutional executive actions and orders such as this open borders policy, we’ve got to have strong leadership in our state to push back against that.”

“The Joe Pags Show” broadcasts evenings from WOAI-AM, 1200, in San Antonio and is syndicated nationally to hundreds of stations and online through iHeart Radio.

From the hip: While West so far has dismissed all hints as to his next move as mere speculation, this interview frames West’s interest regarding at which level he would prefer to serve.

Note that he did not weigh the pros and cons of serving in other positions. And neither did he wax nostalgic for his time in Congress. He parachuted straight into Governor of Texas.

This may not be an announcement, but it’s as close as it gets for now. In the meantime, the race for governor is a pricey and passionate field. Gov. Greg Abbott has nearly $40 million in the bank ready to fight for re-election and challenger Don Huffines, a wealthy former Senator, and activist Chad Prather, are taking many high-profile shots at the two-term Governor who has maintained overall high approval ratings but has slipped a little over the past year.

Begging the Lieutenant Colonel’s pardon, that would be a tough haul. 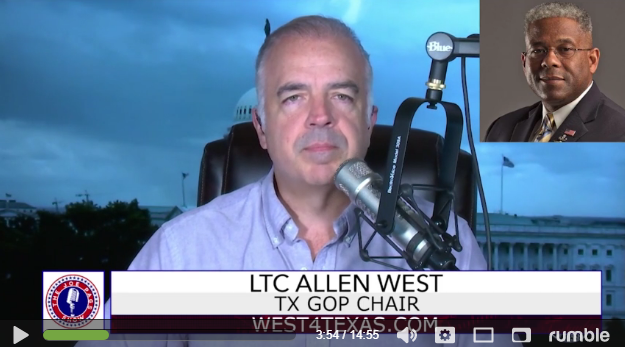