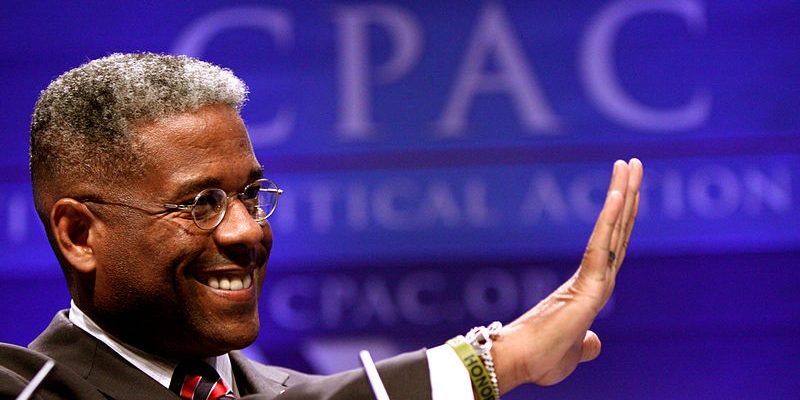 Lt. Col. Allen West (Ret.), chairman of the Republican Party of Texas, announced he will step down from the post effective July 11.

The State Republican Executive Committee (SREC) will confer on a replacement on their meeting on that date. The SREC is meeting today in Tyler, Texas, which is sure to be the talk of what is already a busy agenda. West submitted his letter to the officials committee of the SREC this morning — this move prevents Vice Chairman Cat Parks from taking on the mantle of acting chairman in the meantime.

It had been speculated that West, originally from Florida where he was elected to Congress, sought the post as a means to pursue another office in the Lone Star State — reportedly a possible run for Texas Governor. Opponents pointed out his scant history of direct party involvement while supporters hailed his service as a loudspeaker for the conservative movement. West became chairman last summer during a tumultuous and mostly online Texas GOP convention, defeating fellow conservative and incumbent James Dickey.

Below is West’s statement, followed by a quick analysis.

Chairman of the Republican Party of Texas, Lt. Col. (Ret.) Allen West, has submitted his irrevocable resignation to the officials’ meeting as of 8am CT today. He will remain at the helm of the Texas GOP until a new Chairman can be selected on July 11th at an undetermined location as of now.

Chairman West expressed his humble gratitude and stated that “it has been my distinct honor to serve as Chairman of the Republican Party of Texas. I pray Godspeed for this governing body.” His tenure has been marked by a remarkable commitment to our grassroots organizers as well as tireless effort to make gains on our Legislative Priorities such as Constitutional Carry, the Heart Beat Bill, and Election Integrity. Additionally, his action to grow GOP support across the state from the Rio Grande Valley, to our rural base, and underserved urban areas has been dauntless.

Lt. Col. Allen West will take this opportunity to prayerfully reflect on a new chapter in his already distinguished career. We know that wherever he goes next, he will continue to be a bulwark against progressive socialism and a champion for the principles of Texas and our American Republic.

The Republican Party of Texas wishes to express our sincere gratitude for his numerous contributions during his tenure. His efforts have been greatly appreciated by staff and grassroots alike.

From the hip: As previously reported, a last-minute amendment to a Texas House bill attempted to place state Republican chairmen and SREC members on the primary ballot. Currently, those offices are chosen during state convention. That amendment was scrapped within the same day it was proposed, and may have been a shot across the bow at the chairman who has routinely criticized House Speaker Dade Phelan and administrative Republican leadership.

But that was an amendment to a bill already targeting the state chairmanship of both major parties. HB 1987 would expand the state’s resign-to-run provisions to the state chairman. This earned the bill the nickname “the Stop Allen West From Running for Governor bill.” The bill is now on the Governor’s desk, though it has not yet been signed nor has it passed the amount of time it takes to automatically become law.

West’s announcement now paves the way for another political career move in Texas — in his own words, “a new chapter.”

With the starting pistol now fired in Campaign 2022 West won’t be far behind in the race for whichever office he decides upon, if any.

Interested in more news from Texas? We've got you covered! See More Texas News
Previous Article BERNARD: Julian Ace Acciard Is A Practical Patriot With Solutions We Need
Next Article It’s Imperative That Somebody Run Against LaToya Cantrell