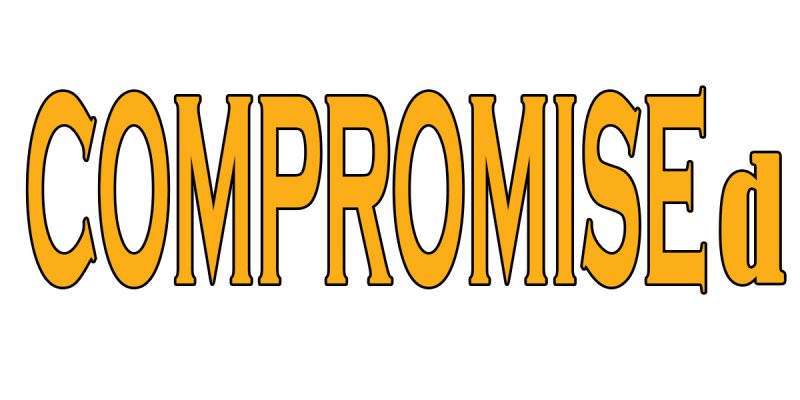 The power of words is derived from their meaning and, perhaps just as more importantly, how they are used or not used. There are many examples of how words can be used to drive a narrative. And there are as many instances of how writers, in order to cover up an undesirable result of their work, avoid the alternate meaning.

Let us take the example of the common word “compromise”. The most used application is as a noun, “an agreement or a settlement of a dispute that is reached by each side making concessions.” But there is another but highly impactful application of “compromise” as a verb, “to accept standards that are lower than is desirable.”

Two starkly different implications of the same word, two choices for authors and writers to select or avoid as they try to peddle a narrative.

In the political realm surrounding the Louisiana Legislature, the former application of compromise is used by the media all the time, even as the later application is shuffled off into a dark corner.

But history has shown that these two are locked together as a case of cause and effect. Within the Legislative Branch political compromise has been the process de rigueur for as long as anyone can remember, and the result has been a state that is last in just about everything. Cause, political compromise; effect, compromised outcomes.

Over the years the political winds in Louisiana have been changing. The Legislature, reflecting the sense of the voters of the state, has seen the majority of its members evolve from Democratic populists to conservative Republicans. At the same time, marching in lockstep with national media trends, the state’s media has ignored Louisiana’s sentiment as it has rushed evermore to the political left in its reporting and editorial comments.

Here is where the significance of the choice of usage of words becomes poignant. The only window into the world of politics is through our media. And since the media’s work is colored by conscious or unconscious bias towards a liberal point of view the people have no option other than to consume what words are written. So, the media’s choice of using the noun “compromise” and ignoring the verb “compromise” deprives the people’s understanding of the fundamental roots of failure of the government that they expect to succeed. Case in point, the media’s full-throated support of the re-election of Governor Edwards while consciously ignoring his feckless leadership and failure of performance that otherwise was there for all to see.

Compromise, the usage commonly used by the media – Democrats, greatly diminished in numbers, and the media are desperate to reverse Louisiana’s trend toward conservatism. The only tool available to them to accomplish that is to cause division and doubt among GOP legislators leading to political compromise. For years this has been a highly successful tactic that has dramatically enhanced Democratic political strength, far in excess of the numbers that the people voted for. And their chosen strategy to achieve division, attract well-intentioned but naïve Republicans who are convinced that good government is achieved by sacrificing the people’s will on the altar of idealism.

In other words, make political compromise the issue, not their sacrifice of political philosophy and promises to the people.

Compromise, the definition that Democrats and the media do not want us to focus on – the main reason that Louisiana maintains the dubious distinction of being last in nearly everything is that political compromise has meant sacrificing high standards and accepting lower outcomes strictly in order to enhance the political power of the minority. Remember that the application of these two definitions are a cause and effect. The result of decades of following the misguided urge to play nice with the minority in the Legislature has left our state destitute in outcomes. As stated, the winners are the empowered but diminished numbers of elected Democrats, the losers are the people of Louisiana.

The overwhelming number of Louisiana’s citizens elected Republicans, trusting that they would execute conservative policies and reverse the compromises that have devastated our people. Yet the drumbeat from the media for their definition of fairness through compromise continues to be met with acceptance by so many trusted Republican legislators.

Courtesy, listening, and understanding; these are all words that must describe good legislative practice. But nowhere is it written that one should sacrifice his/her principles in order to empower the political strength of one’s ideological opposites. Nowhere is it written that compromise for the sake of compromise will lead to any decent outcome. We well know the answer to that.

Republicans have compromised the wellbeing of the people of Louisiana for far too long. Republicans must make their legislative goal success in outcomes and ignore the cries to give aid and comfort to political opponents that undoubtedly would never do the same for them. Republicans must remember that they owe a duty to their electors, the people of Louisiana, a duty that in no way extends to trying to appease a media whose philosophy is so contrary that it cannot ever be appeased.

Interested in more news from Louisiana? We've got you covered! See More Louisiana News
Previous Article SADOW: How To Spend $38 Billion And Still Stiff The Public
Next Article They’ve Protected Girls’ Sports In Florida, But Watch What Happens Here…