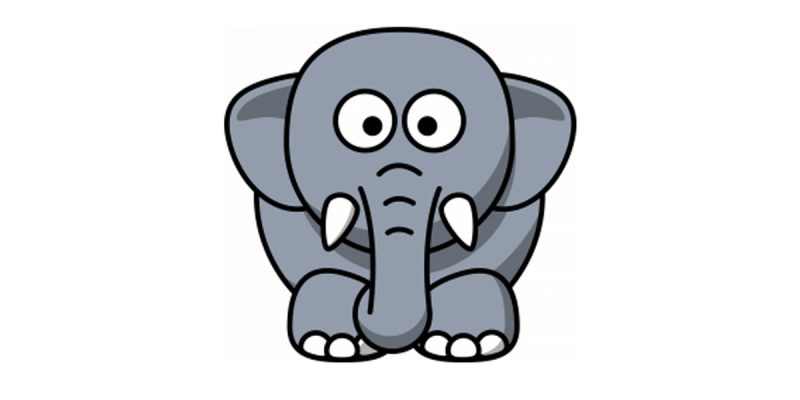 There was an article in the Advocate yesterday by the serial John Bel Edwards propagandist Tyler Bridges which contained a few nuggets of truth strung together to make a dishonest narrative. We’ve largely given up on the Advocate, awful publication that it is, but it’s worth at least paying this question of whether the LAGOP is divided into “two warring Republican camps” and what it means.

About two-thirds of the Louisiana Legislature is Republican. Democrats have been reduced to essentially a rump party consisting more or less of a smattering of white trial lawyers and a bloc of black politicians who got elected on the promise they would pillage the state’s treasury for every dime they could shake loose and deliver the proceeds to their constituents.

Given that, it’s inevitable there would be a division within the GOP. You’re going to have the ideological conservatives who want to govern in the way their brethren govern in states like Texas, Florida, Tennessee and Alabama, for example, where aggressive conservative reforms have created strong economies which are magnets for jobs and capital.

And then you’re going to have the “pragmatic” types who are currently Republicans because it’s easier to get elected with an “R” next to your name.

Not long ago, those guys were all John Breaux Democrats. Then the national Democrat Party turned Hard Left and there was no home for them there. But the politicians themselves didn’t change; they just came up with a little different sales pitch.

Clay Schexnayder and the bloc of just under two dozen Republicans who support him – the Joe Stagnis, Stephanie Hilfertys, Tanner Magees and Zee Zeringues in the House, for example – will vote for conservative policies when (1) they’re obviously the majority position, (2) the voters will reward them for it and (3) nothing would actually change as a result of a successful vote.

Bridges casts the creation of the Louisiana Conservative Caucus late last month as the crystallization of “warring camps” within the GOP and aimed at Schexnayder. But there has been no move to get rid of Schexnayder yet. What the Conservative Caucus represents is a statement to the Speaker that there are more people identifying as ideological conservatives in the 105-member House than any other persuasion, and that he needs to start taking their input into more consideration.

Bridges makes a big deal out of a back-and-forth last week which took place between Louis Gurvich, the chairman of the LAGOP, and Stephen Waguespack, the president of LABI. What happened was that Gurvich expressed extreme dissatisfaction with Schexnayder’s handling of the Ray Garofalo situation, in which the House Education Committee chairman was sacked after nearly a month of disrespect and limbo following his introduction of a bill that would limit the teaching of Critical Race Theory in Louisiana’s public schools. That outcry appeared here at The Hayride in a couple of posts.

Waguespack then went on Brian Haldane’s morning show on Talk 107.3 FM in Baton Rouge and expressed a bit of exasperation over Gurvich’s outcry. He dismissed the Critical Race Theory controversy as less-than-substantial and criticized the LAGOP for getting worked up about it.

Both Gurvich and Waguespack are friends, and they’re both supporters of The Hayride both as contributors and as sponsors of our various events. And both are right on the question at hand.

In Waguespack’s case, he has a job to do. LABI’s members pay dues to the organization for the specific purpose of making Louisiana’s business climate better, or at least as much better as can be confected by lobbying the Legislature on things like taxes and regulation. How successful he is in moving the ball forward is going to largely depend on who’s in the governor’s mansion; with a John Bel Edwards in office who sees Louisiana business as prey, it’s simply not possible to achieve great leaps in economic competitiveness.

Accordingly, Waguespack has to fight tooth and nail to get small things done for LABI’s members, and it’s not possible for him to get any clear victories. He could sit back at LABI’s offices and rail against Edwards as a half-cocked communist, but that’s not what he gets paid to do. Instead, LABI is begging, pleading and cajoling to get small wins where they can.

Last year, it was tort reform, in which a great deal of effort was expended to achieve pretty modest results. But that was a huge win for LABI given that Edwards was predisposed to veto pretty much anything that upset the status quo of Louisiana as a plaintiff lawyer’s paradise. Waguespack took that win in the knowledge that by 2024, when it’s more than likely there will be a Republican governor in place, he’ll be able to go back to the well and get a more robust tort reform to make Louisiana competitive with its neighbors.

And this year, LABI has its sights set on tax reform. But again, there is only so much of that which can be done given that Edwards is your governor. Edwards said at the beginning of this session that he would only support “revenue-neutral” tax reform measures, which effectively blocked anything substantial to be done to improve the state’s abysmal tax code.

Waguespack can’t just take his ball and go home. So LABI is pushing a host of measures which make things slightly simpler, like unified or “streamlined” sales tax collection and efforts to flatten tax rates. How much progress any of this will create is debatable, but it’s what he can do.

And Schexnayder is championing the tax reform measures. He’s made deals with the Black Caucus in order to get some buy-in from them on tax reform – though so far that buy-in has been extremely limited and there is only tenuous progress thus far. It’s also not set in stone that Edwards won’t veto the tax reform package.

Which means Waguespack is in the same position of throwing Garofalo under the bus that Schexnayder is. He’s doing his job popping off about Gurvich.

But Gurvich’s perspective differs and he’s also doing his job.

From Gurvich’s point of view, Clay Schexnayder hasn’t been a truly Republican Speaker of the House from the beginning, seeing as though he was elected with mostly Democrat support. That means Schexnayder has had something to prove and he hasn’t proven it.

And marginal, revenue-neutral tax reform doesn’t get Schexnayder there.

But what would solidify Schexnayder as a Republican Speaker is doing the obvious things you’d expect from a GOP majority body. Like protecting girls’ sports from a transgender invasion, pushing gun rights and limiting abortion, fighting Big Tech censorship and blocking woke garbage like Critical Race Theory. Those things ought to be easy – if the “pragmatist” Republicans aren’t excited about them, their constituents sure are, and the activists inside the GOP, who are Gurvich’s main constituents, are very exercised about them.

In Louisiana’s more successful neighbors these issues are getting full attention.

Which does not mean those legislatures are ignoring the business climate and tax code. In those other places they can walk and chew gum at the same time. And their versions of LABI aren’t hamstrung by socialist governors like John Bel Edwards.

LABI and the LAGOP teamed up to very successfully elect large Republican majorities to the Louisiana Legislature in 2019. And less successfully to try to elect Eddie Rispone governor. Neither had anything to do with Schexnayder’s speakership; both largely stayed out of that fight.

Circumstances are what is pitting Gurvich against Waguespack. Neither are wrong from their perspective. And the question isn’t whether there are “warring camps” inside the party so much as Louisiana has a largely ineffective House Speaker who won’t commit to governing as a Republican is expected to, and a Democrat governor actively engaged in keeping the state downtrodden, poor and backward.

You aren’t going to get unity in such circumstances. You’re going to get a mess. Waguespack’s job is to salvage what he can out of it, while Gurvich’s job is to get the state’s voters committed to sweep as much of it away as possible as soon as he can.