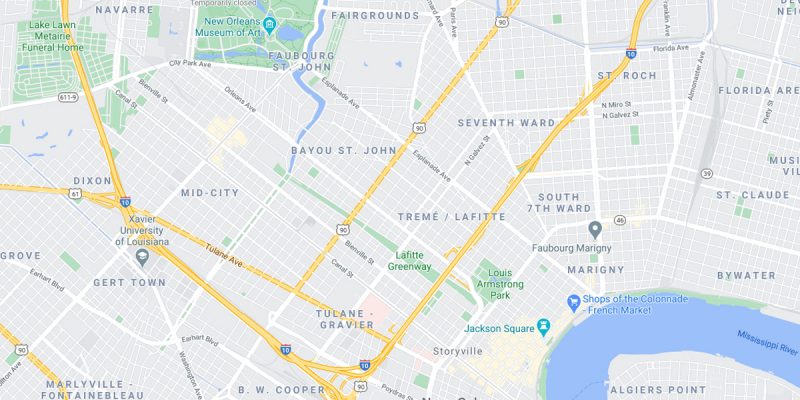 New Orleans is not a city which is unfamiliar with stupidity. The famous Mexican artist, Enrique Alferez, whose works still adorn many precincts of City Park, once said, “I love New Orleans. The place is a good place. But I have had a hell of a lot of difficulties because of ignorance. It’s not New Orleans, though. Ignorance with power is everywhere.”

There is no shortage of ignorance in New Orleans and sometimes it always blooms at the worst times–always. Even those who espouse their own intelligence are blinded by the obvious, and now this inanimate cement object, with no brain, no central nervous system, and is immovable, much like the indigenous intelligentsia, is now ascribed to be racist. They need to hand out more Loving Cups.

I was a student at St. Aloysius High School in the 1960’s when they massacred the oak trees along North Claiborne Avenue to facilitate the construction of the expressway that traverses the CBC, Treme and parts of the Seventh and Eight Wards. I remember as a kid, playing on the neutral ground with other kids of all races. I remember talk about a need to connect the Pontchartrain Expressway to the new Interstate System and some geniuses developed something known as the “River Front Expressway,” which would have destroyed the French Quarter’s historic ambience. Today, other things are doing just that.

So, an alternative route was decided on and North Claiborne got the axe–literally. I remember in my Civics class our teacher told us about this and how local governments work on building infrastructure and why North Claiborne was selected. Succinctly, it meant less people would lose their homes if the new interstate would trace the old neutral ground. I remember it being constructed and having mixed emotions about it…and still do.

But flash forward a few years–into the 1970’s, when I was a police officer who investigated shootings in Treme, the Seventh, Eighth and Ninth Wards. That expressway saved many lives, because it was the quickest way and still is, to get victims to old Charity and now UMC. If the expressway is demolished, and imagine that nightmare, people will be DOA on the ramp at UMC. Also, it has been a few generations since the neutral ground has been converted to a neighborhood shelter and the community congregates there and has assimilated with the inanimate object.

It’s their home. Let them vote on whether they want it taken down or not. Urban democracy–what a novel concept.

I would be the first to admit I am a very cynical person, but who would get the contract to demolish the expressway? And what, if anything, would replace it and who would get that contract?

Like Alferez said many years ago, “Ignorance with power is everywhere.” So is corruption and power.

Interested in more news from Louisiana? We've got you covered! See More Louisiana News
Previous Article On The Supposed “Rift” Inside The LAGOP…
Next Article CAP BLACK: When Urban Safety and Youth Identity are Colonized