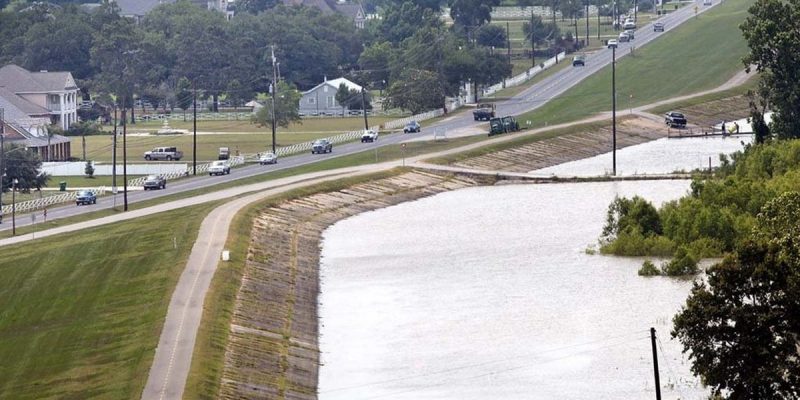 As the Louisiana Legislature’s 2021 regular session winds down, it is a good time to think about what lies ahead for Louisiana.  And things look pretty grim:  The assault on the normal Christian family is intensifying, with Kohl’s supporting polyamory and polygamy in a new ad, and with the well-known children’s show Blue’s Clues now celebrating bisexuals, pansexuals, and more.

Without healthy families (in all the senses of that word, spiritually, mentally, physically, economically, etc.), Louisiana literally has no future.  There ain’t enough STEM classes in all the world to compensate for the loss of that pillar.  But do those who have a duty to protect Louisianans from all those who would do them harm – our State government officials – understand the critical moment we are in?  They don’t seem to, if their antics surrounding common sense bills like Sen Mizell’s SB156 regarding trans athletes is any indicator.

They want to keep on living in the good ol’ days, in which the main pursuit of Louisiana government was pouring out a pile of petrodollars onto a big game board in the Capitol and doling it out for this parish’s civic center and that representative’s hometown festival, while passing some socially conservative legislation here and there to keep the overly religious rednecks docile.  But the calm, balmy, Boss Hogg days are over.  The Woke revolutionaries are here, and they want blood (sometimes literally).  The State government cannot continue to function like it is 1982.  Her officials must act decisively on the cultural front if they want to preserve Louisiana’s families.

Two of the key weapons wielded by the cultural demolitionists are the US Supreme Court’s Obergefell and Bostock decisions.  Take away those rulings, and Christian families will be much more secure than they are now.  And that is exactly what Louisiana’s State government – be it the Governor, the Legislature, or the Supreme Court – should be focused on doing:  nullifying those rulings, making them inoperable in Louisiana.

This is nothing new in the union; States have often ignored federal rulings when they determined them to be unlawful.  Connecticut has just repeated the action with regard to no-knock warrants.

However, such measures are not just helpful in a utilitarian sense, they are necessary.  The whole nature of the Philadelphia charter is for the federal government to gradually absorb the powers that remain with the States, consolidating them into a single entity ruled from the federal capital.  Brutus predicted this quite clearly during the ratification debates:

. . . The first question that presents itself on the subject is, whether a confederated government be the best for the United States or not? Or in other words, whether the thirteen United States should be reduced to one great republic, governed by one legislature, and under the direction of one executive and judicial; or whether they should continue thirteen confederated republics, under the direction and controul of a supreme federal head for certain defined national purposes only?

This enquiry is important, because, although the government reported by the convention does not go to a perfect and entire consolidation, yet it approaches so near to it, that it must, if executed, certainly and infallibly terminate in it.

This government is to possess absolute and uncontroulable power, legislative, executive and judicial, with respect to every object to which it extends, for by the last clause of section 8th, article Ist, it is declared “that the Congress shall have power to make all laws which shall be necessary and proper for carrying into execution the foregoing powers, and all other powers vested by this constitution, in the government of the United States; or in any department or office thereof.” And by the 6th article, it is declared “that this constitution, and the laws of the United States, which shall be made in pursuance thereof, and the treaties made, or which shall be made, under the authority of the United States, shall be the supreme law of the land; and the judges in every state shall be bound thereby, any thing in the constitution, or law of any state to the contrary notwithstanding.” It appears from these articles that there is no need of any intervention of the state governments, between the Congress and the people, to execute any one power vested in the general government, and that the constitution and laws of every state are nullified and declared void, so far as they are or shall be inconsistent with this constitution, or the laws made in pursuance of it, or with treaties made under the authority of the United States. — The government then, so far as it extends, is a complete one, and not a confederation. It is as much one complete government as that of New-York or Massachusetts, has as absolute and perfect powers to make and execute all laws, to appoint officers, institute courts, declare offences, and annex penalties, with respect to every object to which it extends, as any other in the world. So far therefore as its powers reach, all ideas of confederation are given up and lost. It is true this government is limited to certain objects, or to speak more properly, some small degree of power is still left to the states, but a little attention to the powers vested in the general government, will convince every candid man, that if it is capable of being executed, all that is reserved for the individual states must very soon be annihilated, except so far as they are barely necessary to the organization of the general government. The powers of the general legislature extend to every case that is of the least importance — there is nothing valuable to human nature, nothing dear to freemen, but what is within its power. It has authority to make laws which will affect the lives, the liberty, and property of every man in the United States; nor can the constitution or laws of any state, in any way prevent or impede the full and complete execution of every power given. The legislative power is competent to lay taxes, duties, imposts, and excises; — there is no limitation to this power, unless it be said that the clause which directs the use to which those taxes, and duties shall be applied, may be said to be a limitation; but this is no restriction of the power at all, for by this clause they are to be applied to pay the debts and provide for the common defence and general welfare of the United States; but the legislature have authority to contract debts at their discretion; they are the sole judges of what is necessary to provide for the common defence, and they only are to determine what is for the general welfare: this power therefore is neither more nor less, than a power to lay and collect taxes, imposts, and excises, at their pleasure; not only the power to lay taxes unlimited, as to the amount they may require, but it is perfect and absolute to raise them in any mode they please. No state legislature, or any power in the state governments, have any more to do in carrying this into effect, than the authority of one state has to do with that of another. In the business therefore of laying and collecting taxes, the idea of confederation is totally lost, and that of one entire republic is embraced.  . . .

Therefore, if the States are not actively protecting the powers left to them, the natural tendency under the Philadelphia charter is for the federal government to expand its powers and for the States to recede into insignificance.  It follows that, in the case we are examining – the US Supreme Court’s redefining of traditional sexual/family norms – if the State governments do not act to overturn these unlawful rulings of the federal high court, they will continue to eat away at the Christian substance of their cultures, despite whatever else happens in Washington City.

Russia is demonized by many folks, but after 70 years of living under psychopathic Communists, she is unwilling to allow anyone to threaten her Christian families anew.

In Russia, it is illegal to show children content that promotes and propagandizes non-traditional sexual orientations. With this law, one Russian federal service recently sent a warning to Disney about some of its content.

Russia’s Federal Service for the Supervision of Communications, Information Technology and Mass Media (Roskomnadzor) sent a preventative letter to the Disney Channel, with an explanation of the norms of Russian legislation, Roskomnadzor reports.

“Earlier it became known that Disney has released a short animated film called Out, in which the main character has a non-traditional sexual orientation,” the Service reports.

Thus, Roskomnadzor called on representatives of the TV channel to strictly comply with Russian law and “prevent the dissemination of information that can harm the health and development of children.”

. . . In this same vein, His Holiness Patriarch Kirill of Moscow recalled in his homily for the Sunday of the Myrrh-Bearers how it was often women who preserved the faith during the long years of soviet persecution, secretly taking their children to be baptized and “tried to instill in them the very foundations of the Orthodox faith.”

“Women have a special ministry—to be myrrh-bearers, to be continuers of the work of the Holy Apostles, to carry the message of Christ, to bring up their children and grandchildren in the faith, to influence their friends, relatives, and relatives who are still far from Christ. This great mission—the testimony of the Risen Christ—still lies with our women, who carry out this service outside of the churches of God,” the Patriarch added.

In Minsk, the “Family: Today, Tomorrow, and Forever” forum was held on May 15, International Family Day, organized by the Belarusian Church’s Synodal Commission for Family issues and the Protection of Motherhood and Childhood.

The main purpose of the forum was to unite the efforts of Orthodox organizations in supporting families, protecting motherhood, fatherhood, and childhood, promoting Christian family values and traditions, and sharing practical experience in such work.

Among the presenters was His Eminence Metropolitan Benjamin of Minsk, who emphasized that “a strong family is the foundation of a strong society.”

“It’s the traditional values that have been formed over the centuries that are the wealth that must be preserved and invested in the foundation of the future,” he continued.

It is intended that the forum will become an annual event.

Will it take cataclysmic revolutionary violence to convince Louisiana and her State officials that they must also take concrete steps to protect the family not only from the federal government but from big corporations?

The Netherlands is famous for her dikes.  But without constant building and improvement, the seas and rivers would wear them away until little remained.  It is the same with Louisiana:  Unless our State officials nullify the two federal rulings, Obergefell and Bostock, and take other actions against the feds and the corporate giants, the family will be overwhelmed by the Woke revolutionaries.

So it is State levees versus the ocean of the federal-corporate oligarchs.  Are any of Louisiana’s State officials up to the demanding, but truly honorable and virtuous, task of upholding the levees?  Those who are are the true statesmen, and will be worthy of praises in the generations to come.