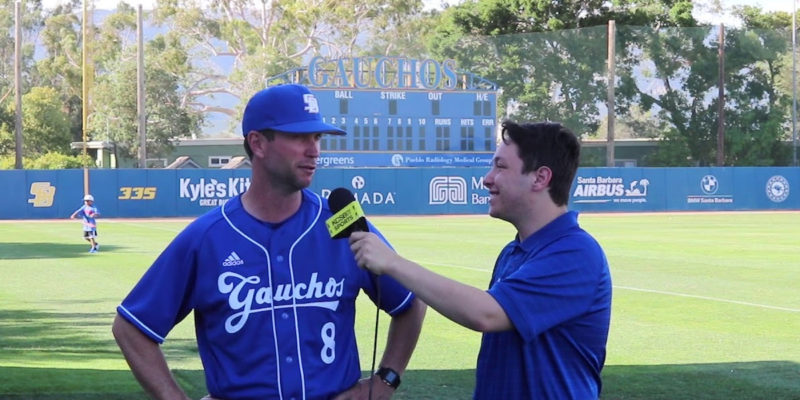 Since Sunday, when the Paul Mainieri Era crossed the finish line with a 15-6 loss to Tennessee in the NCAA Super Regional which ended the 2021 season and Mainieri’s time as the Tigers’ baseball coach, the search for LSU’s new leader has been all the talk in Baton Rouge.

And on Monday, Ole Miss baseball coach Mike Bianco, who played at LSU in the 1980’s and was famously Ben McDonald’s catcher in purple and gold, has been the most prominent name thrown around.

Bianco is certainly a respected name in college baseball. He’s made Ole Miss one of the most prominent programs in college baseball, and a perennial NCAA Regional participant. In fact, in the 20 full seasons he’s coached (not counting the 2020 season which was canceled thanks to COVID-19 before SEC play started), Bianco has led the Rebels to NCAA Regional appearances in 17 of them. And in seven of the 17, Ole Miss has advanced to Super Regionals.

But only once in his 20 years has Bianco managed to make it to the College World Series. That happened in 2014.

The 2020 season, in which Ole Miss was 16-1 before the COVID-19 epidemic canceled everything, might well have been his best year yet. Bianco’s team could well have made a run to Omaha last year.

But Bianco’s pattern at Ole Miss’ coach is set. His Rebels will finish somewhere between 14-16 and 19-11 in SEC play, placing 3rd or 4th in the SEC West (he’s won the division three times in 20 years and the conference regular season title only once), and he’ll win 40 games along the way, but somewhere short of Omaha the Rebels will falter.

The question, if Mike Bianco is to be the hire, is whether (1) that pattern is enough to please LSU fans, or (2) whether there is enough of a jump from Ole Miss to LSU in terms of program resources and prestige to believe the ceiling at LSU is higher than it is at Ole Miss.

In football or basketball, that would be true. In baseball, it’s not quite true. In baseball, the Old South history of Ole Miss’ program which the university’s brass has struggled so mightily to shed isn’t a particular impediment to get good players. In fact, your typical college baseball player is the kind of kid who might think Oxford, Mississippi is a pretty cool place to go to school.

Ole Miss is something of a second fiddle to Mississippi State in the Magnolia State, but not particularly so. The two schools are on a fairly even keel in terms of competitiveness, particularly since Bianco took over in Oxford. And Ole Miss’ recruiting isn’t limited to Ole Miss in any event; the Rebels recruit across the South with regularity.

He’s a good coach, and he’s got a good resume. But after 20 years as an SEC coach he just seems like he’s got a ceiling which might even be lower than what Mainieri accomplished at LSU, and Mainieri was consistently haunted by the elevated expectations of the LSU program.

Tiger fans realize achieving what Skip Bertman did in the 1990’s is unrealistic. But they’re looking for something in between Mainieri and Bertman results-wise. Can Bianco offer that?

It’s impossible to tell. But the general reaction Monday to Bianco’s name being bandied about as the hire has so far been less than exultant.

Our favorite names for the job are non-SEC head coaches. We’d love Dan McDonnell at Louisville most of all, but if McDonnell can’t be had we’d be ecstatic with Cliff Godwin from East Carolina or Dan Heefner from Dallas Baptist. Both are young coaches at mid-major programs who have consistently turned out teams far stronger than the name on the jersey suggests is possible. Heefner’s club is headed to Omaha; it’s the only team on campus which even plays Division 1 sports; everything else at DBU is Division 2.

But if for some reason Woodward can’t attract any of those three, here are five other coaches we would suggest LSU have a look at. We’re not saying Mike Bianco is unacceptable, but if McDonnell, Heefner or Godwin can’t be brought in, maybe one of these guys might make Woodward fall in love.

1. Jay Johnson, Arizona – Johnson is headed to Omaha, having knocked Bianco’s Rebels out of an NCAA Super Regional on Sunday. Arizona is the national #5 seed this year, so it was no fluke that the Wildcats sent Ole Miss packing. They’re 45-16 so far this year, including 21-9 in the Pac-12; Arizona won the league this year.

What’s interesting about Johnson is this isn’t his first trip to Omaha. He was there in 2016, his first year. Arizona went 49-24 that season, and finished as the national runner-up to eventual champion Coastal Carolina – a team LSU fans would remember, since CCU went through the Baton Rouge super regional that year. In the years that followed Johnson had Arizona competitive, but not prominent – they were 38-21 and made a regional in 2017, they were 34-22 and just missed one in 2018, and in 2019 Arizona was 32-24 and fell off the bubble.

It’s an inconsistent record, but it’s what’s possible at Arizona. The history of that program shows it’s as up-and-down as there is in college baseball. Even the great Andy Lopez found himself stuck in that pattern in Tucson. Making Omaha twice in five years, coming off a two-year stint at Nevada when Johnson improved his team from 31-27 in 2014 to 41-15 in 2016, shows that Johnson knows what he’s doing. He looks like a real diamond in the rough. And he’s only 44 years old; the best years of Johnson’s coaching career are well ahead of him.

2. Andrew Checketts, Cal-Santa Barbara – When Checketts took over the UCSB program in 2012 at the tender age of 36, that program was known for exactly nada where baseball success was concerned. But that was hardly a problem for him; he had been on hand to help George Horton build Oregon baseball from nothing to something as the Ducks’ pitching coach and recruiting coordinator from 2008-11. His pitchers included nine draft picks in three years coming out of a program that had been nonexistent for more than three decades before he got there.

And since Checketts arrived in Santa Barbara, his program vaulted from nothing to the top of the Big West Conference, supplanting traditional powers Long Beach State and Fullerton State to emerge as the premier program in the league. He’s made regionals five years out of the nine he’s been UCSB’s head coach, including one in each of the last two full years, and in 2016 he took the Gauchos to Omaha after upsetting top-ranked Louisville in a Super Regional. This year UCSB was 41-20, finishing 29-11 in Big West play for second place, losing in the final to Arizona in the regionals. That followed a 2019 season in which UCSB was 45-11 and 19-5 to win the Big West.

Checketts is known as an unbelievable pitching coach. He’s pumped pitchers into the pros everywhere he’s been, and he’s had one of the nation’s best pitching staffs practically every year at UCSB. At 45 years old, he’s still a young coach.

And Checketts has some connection with the SEC, unlike Johnson. He actually played at Florida for a year before transferring to Oregon State, graduating in 1998.

3. Link Jarrett, Notre Dame – It would seem unlikely that LSU would go after Notre Dame’s head baseball coach for this hire, seeing as though Mainieri was the head coach in South Bend before Skip Bertman tapped him to lead LSU in the summer of 2006. But Jarrett’s resume should put him in the mix for the job now, and he’s worth consideration.

Notre Dame just fell in a three-game Super Regional to Mississippi State, and had one of those games gone differently he would be Notre Dame’s first coach to take a team to Omaha since Mainieri accomplished that feat. Notre Dame was 34-13 this year, 26-10 in the ACC which won the league, and the Irish were a top-16 national seed in Jarrett’s first full year as the head coach.

Prior to Notre Dame, the 49-year-old Jarrett was the head coach at North Carolina-Greensboro, where in seven seasons he turned a bottom-feeder into one of the best teams in the Southern Conference, winning 38, 36, 39 and 34 games in his final four years and finishing 2nd, 3rd, 1st and 3rd in the league. He was twice (2016 and 2018) named Southern Conference Coach of the Year. Prior to becoming a head coach, Jarrett, who was a four-year starter for Mike Martin at Florida State, spent time as an assistant at Flagler, Florida State, Mercer, East Carolina and Auburn. He was named the Conference USA Assistant Coach of the Year at ECU in 2009 and the SEC Assistant Coach of the Year at Auburn.

You get the impression Jarrett might be a coach about to explode onto the national scene. Notre Dame’s fans are desperate to keep him.

4. Derek Johnson, Cincinnati Reds pitching coach – Right now the Reds have the worst ERA in Major League Baseball. Why would LSU want to hire the coach of that pitching staff?

Because in 2019, before the Reds’ management sent most of their pitchers packing in free agency before going with a bargain-basement pitching staff this year, Johnson was the Major League Coach of the Year by Baseball America.

And before that, Johnson was considered one of the greatest steals of all coaching hires in the major leagues when Cincinnati was able to hire him away from the Milwaukee Brewers, with whom he’s made a name as one of the best pitching coaches around.

And before that, Johnson spent 11 years as the pitching coach for Vanderbilt under Tim Corbin, where he operated something of a factory for first-round draft choices. He put an amazing six pitchers into the first round of the draft in his 10 years in Nashville.

He’s never been a head coach, and that makes him a bit of a reach for the LSU job. But Johnson’s record as being the best at what he does, coupled with his current situation being saddled with an ownership which won’t supply the resources needed to sustain that success, coupled with his record of dominating the SEC as an assistant in producing pitchers like David Price and Sonny Gray, make him well worth talking to before he ends up a major league head coach.

5. Jim Penders, Connecticut – Nobody has brought up Penders for the LSU job, and that’s surprising, or maybe it isn’t.

Considering Penders has had the Huskies in NCAA regionals four our of the last five years, something which is an awfully impressive feat for the northernmost team in the American Athletic Conference (competing with the likes of Tulane, Wichita State, Houston, East Carolina, Central Florida and South Florida, among others), you’d think he’d be more highly thought of.

But Penders is a UConn legacy of sorts, seeing as though he played in Storrs in the 1990’s, serving as co-captain of an NCAA Regional team in 1994 and then starting his coaching career there as an assistant in 1997 before taking over as the head coach in 2004. He’s essentially built the current version of UConn baseball, taking UConn to NCAA Regionals in seven of the last 11 years – four of seven while in the AAC. This year UConn was 34-19, but blew through the AAC with a 13-4 mark and won the league.

Penders is only 48 years old. Perhaps the LSU job is too much a leap for him. But what on earth is little UConn doing making regionals so often with an athletic department all the way up in Connecticut competing against mostly southern teams? There’s something going on there, and one can’t help but wonder whether a coach who can do so much with so little wouldn’t explode with LSU’s resources.