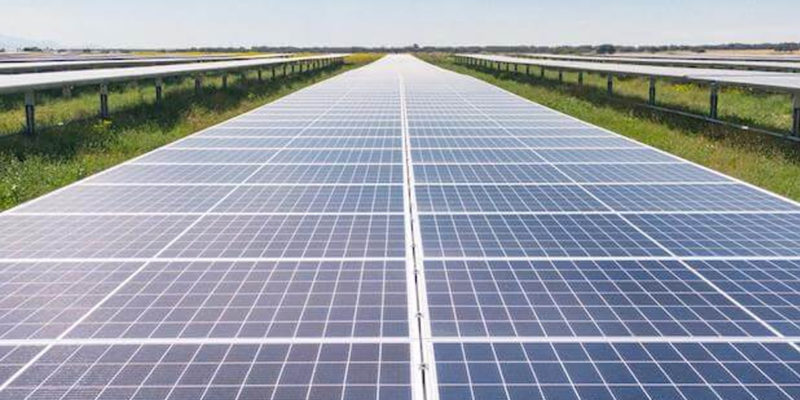 If it were a level playing field, perhaps Louisiana wouldn’t have to act. But with federal law tilting the scales in favor of solar energy production, the state and/or its agents of local government must take measures to erase this bias.

As production costs come down, solar energy farms have sprouted in Louisiana, without any regulation. This has caused some concern that this will distort land use patterns, particularly in sapping potential farm land. Legislators have responded by mandating the state derive regulations over solar placements.

Normally, this market shouldn’t need such government interference, although this new law doesn’t commit the state to anything but the lightest regulation. Unfortunately, federal law vastly privileges hanging up solar panels in commercial settings through a vast and costly array of subsidies. This creates oversupply, ironically enough, of production of something (at least the onshore version) now admitted to have become price competitive with other forms, including dispatchable ones, without government using tax dollars to prop it up. (And, in fact, much of the subsidies go to foreign entities.)

Regrettably, this wasteful and distortive practice doesn’t seem likely to disappear anytime soon, with the political left running Washington. Besides poor use of taxpayer resources, it creates overreliance on an unreliable form of energy that requires much more in the way of transmission lines and only can store energy to make it dispatchable with prohibitively expensive batteries.

If the unfettered market could decide, none of this would be an issue. But, since federal government subsidies for solar generation exist, state and local governments will have to check this.

Don’t count on Louisiana state government to do so in the near future, under the thumb of Democrat Gov. John Bel Edwards banking that solar use will curb carbon dioxide emissions that according to science have an uncertain impact on and magnitude in impacting global temperatures, but who believes in the fantasy that hugely expensive reductions in these emissions will make any significant difference in climate (and desperately resist any attempt to correct their misinformation). If any regulations come out before the start of 2024, expect these essentially to do nothing to limit solar panel growth.

Thus, local governments will have to take the lead until more sensible leadership is in place at the state level. Some have, by putting moratoria on potential solar farm buildout. Another tactic could hoist Edwards on his own petard.

Years ago, in an attempt in part to restrict dispatchable energy production, particularly petroleum-based, Edwards said he would use his legal power to approve issuance of property tax exemptions for industrial uses to stop any that didn’t have buy-in from local governments. Using that Industrial Tax Exemption Program framework, local governments now should look to veto solar projects looking for this break (up to 80 percent for ten years, according to Edwards’ rules) when they perceive such ventures could cause undesirable distortive land use.

Considering that local governments are creatures of state government and are put in place to achieve state objectives, sometimes these in Louisiana are on the mark such as prohibiting local governments from setting a minimum wage or enacting more intrusive gun control. But when the state doesn’t attenuate local government activities in an area of policy, until it does so and in a wise manner, local government must use powers at their disposal to fill in the policy-making gap.

Interested in more news from Louisiana? We've got you covered! See More Louisiana News
Previous Article SADOW: New Louisiana Holiday Wastes More Taxpayer Dollars
Next Article MARSH MAN MASSON: We Had To Keep Getting The Net For These!