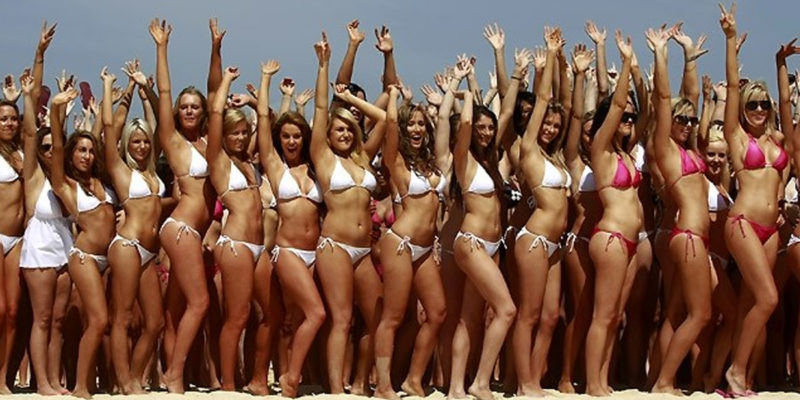 Now that June is over and, one assumes, we no longer have to tolerate the ridiculously fake, woke virtue-signaling by practically every publicly-traded corporation in America as they throw the LGBTQ agenda in the faces of their customer base with zero regard to public sensibilities, we at The Hayride would like to propose something for this month.

As some of our readers know, Super-Straight is a real thing. It’s a brand new sexuality which is actually the oldest thing in the animal kingdom. If you’re not aware of this, we’ll help…

Walsh is absolutely right that straight people shouldn’t cede any ground to the cultural Left, who are actually insisting that you’re still, for example, a straight man if you include a trans woman among your acceptable dating possibilities. But we’re not going to be able to pull off a month by just being ordinary vanilla straight people. We need a hook, and Super-Straight is it.

We could show you hundreds of similar forays into idiocy.

A few years ago when the transgender thing was just getting started, I wrote a column at The American Spectator saying that the cultural leftists were way out over their skis on the idea that somehow it’s bigotry for a straight man to reject a man in a dress as a romantic partner. There is almost nobody on this planet who credits that as anything but lunacy, but the very few people who do are all on Twitter and YouTube, and they’re determined to buffalo the rest of us into accepting that lunacy as a real cultural evolution.

Because gender is a social construct, and that thing between your prospective girlfriend’s legs is only just your bigotry manifesting itself.

I was right, naturally, but things have only gotten worse since then.

Of course, you’ll understand that none of these cultural leftists have put their money where their, er, mouths are. There are no billionaires or Hollywood stars who’ve joined in and lent their weight to these Twitter mobs who’ve taken the plunge with drag queens on their arms. They’ll go so far as to put [he, him] or [she, her] next to their Twitter handles, because that’s a slacktivist way of telling the loons that they’re down with the struggle. But that’s as far as it goes.

And if any of these woke clowns ended up with what they thought was a girl they met in a bar and found a little extra, they’d be just as likely to lose it as anybody else.

Speaking of that, has anybody bothered to recognize just what a mistake it is for gay people to let the trans crowd into their tent? The trans argument is highly destructive to the gay argument, you know. After all, if you’re gay the entire point is to say that this is what you were born with. It’s not just in your head, it’s in your soul. You’re physically attracted to other men, or other women.

Which we won’t argue with. We’re past the point of having that argument.

Except the trans crowd was most certainly not born this way. They were pretty obviously born a different way. They just decided they’d perceive themselves differently and then they wanted everybody else to follow along.

If you’re gay, you principally are looking for (1) somebody else like you that you can have a relationship with, and (2) not to be harassed about your sexuality. That’s the vast majority of gay folks we know. To them, being gay is a sexuality, and it certainly matters, but it’s not all-encompassing. It doesn’t make them a different species of person than everybody else.

There are other people who tend to be the loudest members of the gay community, whatever that might be, who insist that it is all-encompassing, and that it’s a way to rebel against the societal mainstream until they themselves are mainstream. For them being gay isn’t about sex anymore, it’s about power. And that’s why they need a whole month of corporate America and the local City Hall flying rainbow flags and sponsoring lewd parades on Main Street, each year becoming more deviant and in-your-face than the previous one.

It’s pathetic and it’s embarrassing, and the fact that publicly traded corporations are run by such cowards that they’ll join in on this middle finger to traditional sensibilities is depressing and outrageous. They’re just like Ikea serving fried chicken and watermelon on Juneteenth, you know. If you try to make the point that someone’s behavior isn’t a qualification for membership in a privileged class, you’re now a homophobe, or a transphobe, or whatever. Bet you wondered when all this happened.

You’re also allowed to object to shrinks, teachers, school counselors and anybody else who thinks it’s OK and not child abuse to tell your kid that he or she is trans. You’re allowed to say homosexuality is a sin if you want. Because according to Judeo-Christian teaching, it is. So are lots of other things people do all the time; we’re all sinners, you know. Pre-marital sex doesn’t make out too much better than homosexuality when you get to the Pearly Gates.

But most of all you’re allowed to loudly proclaim that you’re a man who likes actual women, or a woman who likes actual men – and there is neither a damn thing wrong with that nor does it give anyone else the right to call you names or impugn your motives.

This month they have no power over you. What’s fun about it is this month is no different than any other in that respect.

Interested in more national news? We've got you covered! See More National News
Previous Article BAYHAM: The Public Kaepernick-Style Tantrum of a Third-Place Olympian
Next Article GARLINGTON: Some Other Lessons From The French