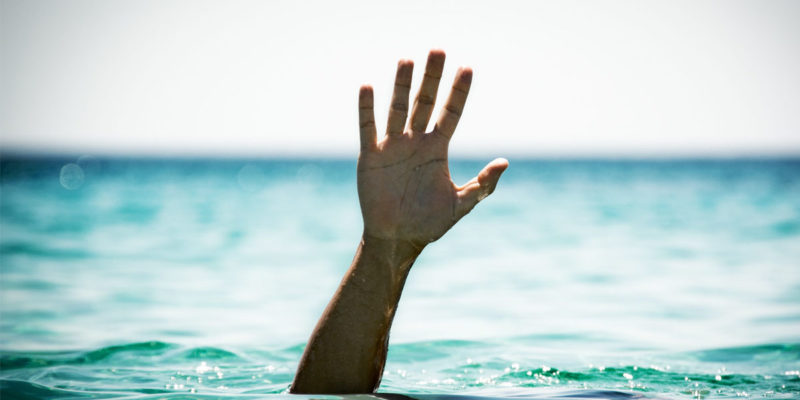 This is something which has been quietly building for a while, but nobody really wanted to talk about it. It’s starting to become unmistakable, and coming out of the year-long chokehold LaToya Cantrell’s administration applied to the industry with COVID as a justification the restaurant industry in the Big Easy seems to be coming to an unpleasant realization that they aren’t in a welcoming place anymore.

We had the infuriating story of what happened to the Lula Restaurant Distillery, which is being sued by a family of barbarians who paraded their 17-year-old daughter around for photographs inside the restaurant wearing a bikini top with nothing over it and then proceeded to abuse the owner of the place for having objected to that violation of the dress code. This ought to be an outrage suitable enough to move the city’s political leaders to do something to protect businesses like Lula from predatory, vexatious litigants like the Butler family – even if it’s simply to denounce such litigation and show support for business owners and their efforts to uphold common standards on their own property.

But of course that isn’t going to happen. We all know it. The owners of Lula are faced with a Hobson’s choice. They can pay whatever low-ball settlement the Butlers and the Bagneris Law Firm, a low-rent outfit which we understand specializes in high-profile grift suits like this, are willing to accept in hopes of making this whole sordid saga go away, but that settlement simply opens the door for the next set of pillagers to reap their rewards. Or they can fight the suit, praying they’ll get a judge who’ll throw it out or a jury who won’t let the Butlers hit the jackpot at their expense.

And lest anyone might be tempted to believe that situation is a far-out example of the challenges New Orleans restaurants must endure, there was an interesting interview with the management of a legendary local institution this week…

Christian Pendleton, board chair of French Quarter Management District, said he’s disturbed by a perceived lack of urgency from Mayor LaToya Cantrell’s administration and the NOPD when it comes to violent crime in the city’s most heavily trafficked tourist area.

“There’s just this nonchalance to it,” Pendleton said. “‘You know, we’re working on a holistic approach…’ Ladies and gentlemen, people are being shot at an alarming clip, and this nonchalant attitude towards it is dumbfounding.

Pendleton, also the general manager of Brennan’s Restaurant, relayed his frustration to WWL Radio’s Tommy Tucker and said he’s not just being glib.

“That’s the way it comes across,” Pendleton said. “They might say, ‘That’s not fair,’ or ‘That’s a mischaracterization.’ I have a feeling that if I clapped my hands and made Tommy Tucker the mayor of New Orleans starting tomorrow, among your top five things would be sitting down with the chief of police saying, ‘I want a plan in 72 hours of how we’re going to [curb violence]. And when the chief says, ‘I’m gonna need more resources,’ the response is, ‘I’ll figure that out. You tell me what you need to knock this off.’ I don’t think that conversation has ever taken place. And the fact that it hasn’t… why?”

Pendleton said the problem stretches back further than the current administration.

“I think they’re stuck in a rut of trying to justify all of the resources that get pumped into the French Quarter,” Pendleton said. “But at the same time acknowledging that the city needs the tax dollars that are generated in the French Quarter.”

Why is Pendleton popping off in so insouciant a manner toward the Powers That Be in New Orleans? Well, when carjackings are up 300 percent and murders are up 350 percent, and you’re trying to attract tourists with money to come and spend it in your fancy restaurant, there seems to be a bit of a disconnect between your ability to do your job and the city’s ability to provide an atmosphere in which that’s possible.

Pendleton might have begun to understand what’s really going on here, which is that LaToya Cantrell and the leadership of New Orleans aren’t just incompetents who don’t know how to fix things and are really trying hard. They’re something else.

It’s hard to admit it, but the evidence is pretty clear and not just in New Orleans. It’s true in every urban area controlled by the Hard Left. Namely, that the politicians in power have decided there are more votes and there is more support to be had by catering to the criminal class and its associated lowest common denominator than there is in supporting the productive people who keep the place running.

Christian Pendletons in New Orleans are a small minority. It doesn’t matter that the city can’t run without them. Pendleton can’t do anything for LaToya Cantrell that she can’t get from some left-wing nonprofit or local race-hustling organization. She’s for jacking the city’s minimum wage up so high that Brennan’s can’t make a profit there. And her leftist co-religionists have been pushing the line for some time that the entire restaurant industry is illegitimate because it’s racist. If you remember the stupidity surrounding the grifter Tunde Wey not long ago – he was the Nigerian illegal immigrant and leftist agitator who opened a place charging white people a premium to eat there, under the theory that the industry mistreated blacks and this was a measure of recompense – nobody in a position of authority in New Orleans denounced it.

That should have been a clue to New Orleans restaurateurs, the vast majority of whom, but by no means all, are white, that the Left is coming for them. What happened to Lula and the position they’ve been put in is part of what’s coming, and the complete indifference Pendleton is noting toward controlling crime in the city is another part of it.

There’s an answer, and probably one they won’t like. The answer is to get the hell out of Orleans Parish. Brennan’s needs to move to Jefferson or St. Tammany, and they need to move as soon as they can.

If the people who ran Jefferson Parish were smart, they’d throw open the doors to redevelopment of the southern part of East Jefferson and undertake a massive gentrification of the area bordered by the Orleans Parish line to the east, Airline Highway to the north, the Mississippi River to the south and Elmwood to the west. That’s good real estate with decent infrastructure, but there isn’t a whole lot of great stuff in it. It needs a good bit of urban renewal, and something ought to go up in that part of the parish which can attract the Lulas and Brennan’s as they escape from Orleans.

You could call that predatory economic development. We’d call it a life raft. Because the leftist nuts in charge of cities like New Orleans aren’t going to stop at the shore of idiocy and villainy, and they’ll drag down the city’s restaurants and all of its other businesses as they wade in.