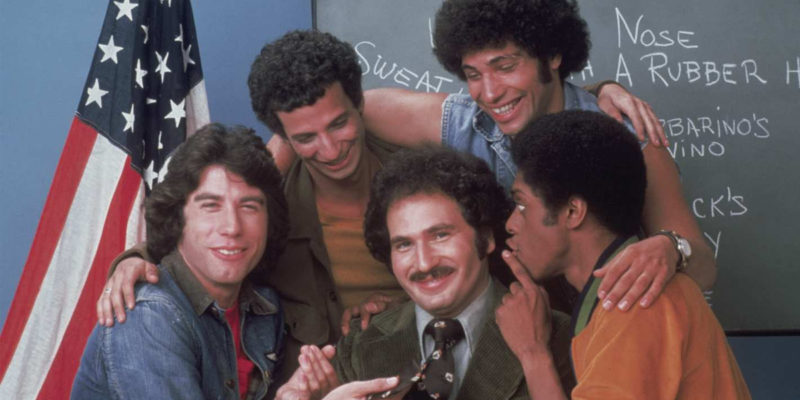 For the past seven months I often thought of the theme song to a show called “Welcome Back, Kotter.” It had a great cast of characters. The reason I’ve given a lot of thought to the them song is because Biden has reminded me much of Jimmy Carter, thus, “Welcome back, Carter.”

I have to admit, I saw some signs that Joe might end up being worse than Jimmy. Geez, those two names already makes this sound like a kiddies story. I suppose we could throw in a John Bel and Hunter, and call it Joe Has Friends Over For Dinner. It could be a short story, John has made some spaghetti sauce but doesn’t have any spaghetti so he calls his friend Joe. Yes, Joe has spaghetti. But what to top it with? Yay! Hunter has his secret stash of Parmesan cheese.

What’s for dessert? Joe likes Ice cream. John has a cow named Bell and he can bring some of John’s Bell Cream. Hunter can put the ice in John’s Bell Cream and make Ice Cream. Joe will be very very happy. The end.

But I digress, I’d like to venture to another kiddies’ story for a moment and reflect on what I could only assume it was an audition for something other than World Leader. Let’s take a trip to the land of Oz. Judging by what we are seeing, that’s the place where he must be.

4.7 stars for his role as the scarecrow. He walks funny, he does give goofy faces, but where he scored his highest marks was his believability that he has no brain. If I didn’t know better, I’d be convinced there was no brain there. Did you see how he withdrew our troops, left our military equipment and Americans behind? Totally stupid, and worthy of an Oscar for being the scarecrow.

4.6 for his rendition of the Tin man, again he walks funny but it was his lack of heart that he had. His cold callous way of leaving people behind in Afghanistan, worrying more about polls than human life. He even brushed of the picture of a packed C-17 from the day before and acted as if happened a decade ago,… though he said appallingly “that was 4 days, 5 days ago”. Cold, callous, heartless. Oscar worthy.

5.0 stars for his performance as the cowardly lion. Tough talking Joe doesn’t hesitate to tell you his tough guy stories, like when he told his wife if a burglar breaks into his house, just take the shotgun out on the porch and shoot two rounds into the air and the burglar will leave. Or when he took on Corn Pop. But when duty calls, Joe was nowhere to be found. Outstanding – even our allies were pissed off because they couldn’t find him. Oscar, Emmy, and Grammy worthy performance right there.

Oh he auditioned for Dorothy. He came in on a Tornado, ok, it was really a helicopter, but it blew the paper everywhere. After his press conference he clicked his heels three times and said “I want to go back on vacation” and 20 minutes later he was off. Of course, he flubbed his lines and re-auditioned and Friday he clicked his heels three times and he got his lines correct. He went home. But, he didn’t wear lipstick and wasn’t wearing a dress. I know, in today’s world it’s okay for a man to culturally appropriate women’s roles, but you gotta sell it. Where was the lipstick? Where was the dress? So disappointing. 2 stars.

His audition for the Wizard went well, he put on a big show, like he was all seeing, all knowing, but once his staff pulled the curtain back, we saw a little man pulling levers and really had no clue what he was doing. Oscar nomination performance. 4.2 stars.

We’ve got three years, 5 months more of this. If it gets much worse, the Democrats will be demanding election audits before long.