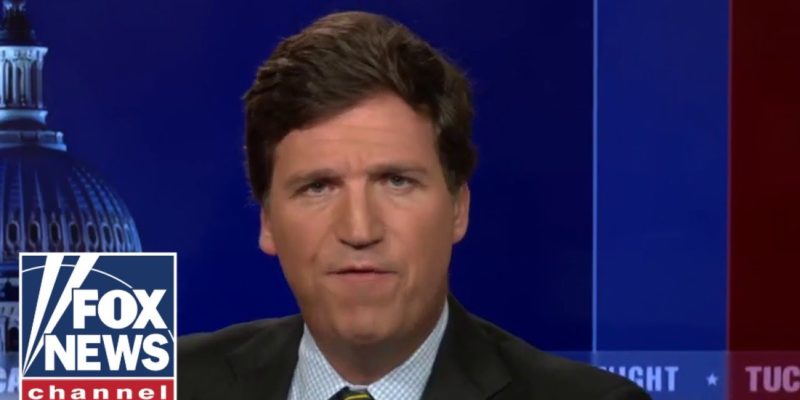 What is it about these pseudo-boutique “adventure” clothiers who so aggressively want to be woke? First there was The North Face and now it’s Patagonia.

If you’ll remember the North Face kerfuffle, it happened earlier this year when that company publicly rejected an order for fleece jackets from a Houston oilfield services company, on the preening virtue-signal that oil is bad for the climate and therefore they don’t want to do business with companies who help to produce it.

But The North Face makes its products almost completely from materials which were originated through petroleum. Those jackets are polyester, and polyester comes from refined oil.

So that stupid virtue-signal raised a lot of eyebrows, and the Colorado Oil & Gas Association promptly presented The North Face with a valued customer award to draw attention to their colossal hypocrisy, an award Louisiana state senator Stewart Cathey duplicated at the Louisiana legislative session this spring.

“Last year, The North Face awkwardly rejected an order for 400 jackets from an oil-and-gas services company because the request apparently did not align closely with the company’s environmental protection goals,” said Republican state Sen. Stewart Cathey Jr. in a floor statement.

“But since the North Face continues to offer a great selection of high-performance outerwear, ski wear and backpacks made out of nylon, polyester and polyurethane, all of which come from petroleum products, I thought it would be a great idea to highlight the symbiotic relationship between Louisiana’s oil and gas and petrochemical industry and The North Face,” he said, “and commend them for using natural resources so important to our state as they make their products.”

Obviously, the derision and opprobrium of politicians and others didn’t make enough of a mark on The North Face, as its chief competitor Patagonia decided they’d do their own woke self-strangulation. Tucker Carlson picks up on that…

My American Spectator column this morning picks up on a quote from President Trump which was yesterday’s Quote of the Day here at the site. Namely, that “Everything woke turns to s**t.” That might be the truest statement Trump ever offered, and I go through how. Here’s the section on Woke Corporate America…

The saying goes, Get Woke, Go Broke. Several weeks back, when Coca-Cola was self-immolating under the weight of evidence of its corporate “be less white” sensitivity training leaking out (training which featured utter garbage spewed by relentless grifter and woke profiteer Robin DiAngelo), Daniel Greenfield offered an interesting dissent.

His point was that the companies most vigorously promoting woke propaganda and pieties are in decline. Coke’s market share is plummeting as people recognize how unhealthy its core product is. Pro sports leagues have priced the average American out of the stadiums and their athletes are increasingly unmarketable due to their thuggish off-field behavior. Delta’s flights are routinely experiences in customer hell. Nike has been gradually losing out to Adidas and Under Armour for years. And so on.

The wokest corporations have a couple of things in common. First, they are seldom run by the entrepreneurs who have made them the brands they currently are. Those trailblazers are gone — in most cases they’ve been gone so long a woke somebody would surely be along to pull down their statues by now. The people who are in charge now aren’t entrepreneurs. They aren’t men or women of vision. They’re functionaries. They’re bureaucrats, people who have risen to positions of control by being the best rules-followers in their class. And when the rules they’re so good at following involve the woke corporate agenda, that’s what they’ll push.

And second, they’re woke because something in their business model exposes them to blackmail by the Left.

Coke’s products are all too often diabetes in a can. Nike and Apple sell products made by Chinese slave labor. ExxonMobil and Chevron, who are inexplicably turning more woke by the day, are under assault by the idiotic climate crowd.

It wouldn’t be the end of the world for these corporate behemoths to have gone woke-septic, except more and more market share belongs to fewer and fewer companies thanks to decades of bad regulatory and other policies.

Interested in more national news? We've got you covered! See More National News
Previous Article BLANCO: The Welcome Back, Carter Show Is No Good
Next Article SADOW: Does Anybody Care What Louisiana’s Newspapers Print Anymore?