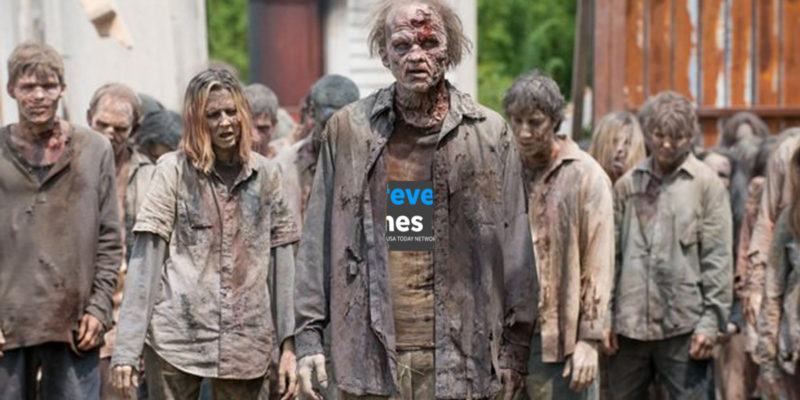 So, the Shreveport Times has a new editor; what’s the big deal? Because it clues us in on the direction of Louisiana’s print media and how its ongoing decline will impact state politics.

Understanding the significance requires knowing the bleak context of print media. The rise of the Internet and technology companies that control the bulk of advertising revenue on it have crushed the newspaper industry. Since the mid-aughts, print advertising revenues have plunged by nearly three-quarters, and this is reflected by newsroom staff being cut in half and a quarter of all newspapers have disappeared. Worse, many survivors have become “zombies,” where they hardly generate any hard news, instead relying upon content from elsewhere with local stories largely produced from the outside and many from non-media sources.

The Times is getting there. A quarter century ago, about a decade after the Gannett chain bought it from local owners, in the course of any given year I might have been interviewed by three different Times reporters covering various beats. Now, outside of entertainment and sports, it has just two reporters and an intern to cover the entire metropolitan area. Its daily edition has trouble reaching 30 pages, with almost all of those mainly taken up by advertising and the majority of content in the form of sports or entertainment.

This hemorrhaging of content and journalists to create it has benefited, if not been caused partially by, two sources. Electronic broadcast media, principally television, has had the advantage from the Internet’s ascendancy. Web-based dissemination is similar to broadcasting in that it depends upon electronic transmission. Taking that content and disseminating it by another electronic means hardly costs anything extra both in fixed and operating costs.

By contrast, print media, unless it commits to becoming entirely digital, has to maintain an entirely separate and expensive infrastructure to put out and distribute paper. And it if goes digital, it can’t sell nearly the amount of advertising for nearly as high rates as broadcasters can, for whom digital advertising is lagniappe.

Of course, cord-cutting threatens future television broadcasting revenues, but the here-and-now environment very much favors it over newspapers. Currently, a consumer can receive more local news from trawling Shreveport station web sites than from The Times. (Consider that at least three reporters who at some point over the past three decades interviewed me for The Times later turned up working for local television.)

And for free. As newspaper revenues have plunged, paywalls have gone up so that every major paper in Louisiana, as well as many of the smaller-circulation kind, have at least a soft one (meaning a restricted number and/or kind of stories may be accessed without payment). The Times is no exception, but the strategy clearly has its limitations, as The Advocate newspapers in south Louisiana have discovered.

When first acquired by businessman and failed political candidate John Georges, it launched an aggressive expansion campaign, culminating with its knocking out the New Orleans Times-Picayune and muscling in on Gannett’s Lafayette Advertiser. After setting up as close to a monopoly as possible on regional news there and state news, it implemented a soft paywall.

But that has backfired. Less than a year after the New Orleans triumph, it was begging readers for donations and trimming staff. A year-and-half after that, content that formerly appeared behind the paywall now has started popping up on TV station sites, obviously as part of a licensing strategy. In practical terms, for all but the most globally content-hungry local reader, you can skip subscribing to The Advocate and read it online for free, just like the other content from stations, and other outlets. Not to mention it’s taking funding from leftist foundations to do its job, a corruption of journalism for which it should not be excused.

The other outlets are the key to understanding this surrender where licensing makes more revenue sense than a paywall even at low levels. This is the intervention of the other source of newspapers’ troubles: the rise of independent digital outlets producing their own content. These fall into two forms, those concerned with political agendas in news choices structured as nonprofits and wildcat independent sites devoted to state and/or local news and opinion.

Among the former, there are now two Louisiana statewide content producers, one with a pro-taxpayer sentiment, the other with a garden-variety hard left approach mirroring print journalism trends nationally. Their aim is for local outlets to republish their stories, all for free. Local leftist versions exist as well, living off foundation money and donations.

The wildcatters embody the purest expression of free markets, producing web content for audiences underserved by the print media. I will use as examples in Louisiana two sites that frequently repost my blog entries. On the statewide opinion side, The Hayride puts out intelligent conservative commentary for which the legacy print media rarely finds space. On the local news side, BossierNow publishes items about Bossier Parish (as well as commentary) that, frankly, provides more coverage of local governments than The Times or local television and radio, combined. Even two decades ago these sites might not have been available for consumers, but the extremely low costs of production and dissemination as compared to traditional media make them able to stick and provide alternative news and opinion sources for interested individuals. (Note: at different times I was a weekly political columnist for The Times and for The Advocate.)

Which gives such consumers the latitude to ignore newspapers, particularly when it comes to political topics. And they do, increasingly, because significant portions of the audiences have become alienated from the content newspapers distribute due to the ideological bias in content delivery.

Prior to the Internet, even as leftism increased in prominence in print media story output as  the 20th century approached – keep in mind not as much as in the ways storied were written, such as in giving greater attention to specific content in a story that confirmed a leftist viewpoint, but in selection of stories that ignored those that didn’t favor liberalism and the political forces allied behind it – such media had to maintain some semblance of balance in order to keep readers because it was essentially tethered to a local area. Even if central cities had substantial political control by Democrats, suburbs and exurbs or even the remainder of the state still had a lot of readers who likely in the main supported Republicans.

But with the Internet, the world became your oyster. And, in fact, the very few print newspapers making money via Internet story distribution which are only the very largest metropolitan dailies, have done so because they have travelled to the far left without even pretense that they present balance either in story content or selection (think promulgating the Russia hoax while ignoring Hunter Biden’s laptop). In doing so, they captured national audiences from the moderate to far left to sustain themselves. (In reaction, a very few have boosted ad revenues because they cover the stories ignored by these national media.)

However, that doesn’t work in Louisiana for state and local news. In a state with a right-of-center public, its members interested in political news and opinion have caught on to the alternatives to leftist presentation, and steadily have abandoned legacy print outlets almost all of which have failed to provide adequate balance. And the alternatives have worked because they are indigenous efforts whose backers understand their communities.

Contrast TV and radio with print on this account. Most newspapers in the country now are owned by a handful of companies, with many not even traditional media companies but instead by investment firms. The Times is owned by the largest of the bunch, Gatehouse/Gannett (the former bought out the latter). Rather than conceive of newspapers as entities tied to and springing from the community, they are seen as outposts that, particularly as far as upper management goes, have employees circulate in and out.

TV stations do the same, but to a lesser degree. They are likely to have a higher proportion of news employees from their area (as compared to newspapers in similar metropolitan areas) and for longer periods, given the relative health of the industry. (On a personal level, several of my students have gone on to work for extended periods in this area’s electronic media, but none for The Times.) And, political communications research consistently shows a greater diversity in viewpoints presented in local television news than on network news or by print media.

With this greater connection to the community, you get more balanced content, which takes on critical importance in areas where voters more often reward conservative candidates. This retains political news consumers, instead of having them flee to other Internet-based sources. In the final analysis, newspapers’ problem is their fealty to leftism, and readers with a modicum of intelligence and curiosity increasingly have discovered other outlets – made more numerous and convenient to access than ever by the web – give a more comprehensive and complete picture of the world, to which they gravitate.

Which brings us to the test case of The Times’ leadership change. Out is Scott Ferrell, who worked for the The Times for over three decades and who spent most of his working life at it, coming up from the sports desk. In is Misty Castile, a much younger Gannett careerist who never held this kind of post before. Coming from a social media background, she served less than a year as the managing editor at a smaller Arkansas paper that Gatehouse divested and so a place was found for her heading The Times.

The way Ferrell departed seems to indicate Gatehouse wanted The Times to move in a different direction by bringing in yet another outsider with no real connection to the community. Whether that will work, which Castile says is greater focus on the community including increased investigatory efforts, may be moot as the paper may be too far gone in its loss of relevance to readers who have become accustomed to other sources. It certainly will have no chance to reverse a potentially irreversible trend unless it brings much greater viewpoint diversity to that quest.

With that means a continuing degradation of its ability to influence politics, whether through opinions expressed, shining light on government actions, or informing the public. Its increasing irrelevance will find those roles filled to some degree by other outlets and, in a delicious irony harking backing over two centuries ago, to citizen journalists.

The same is true about The Advocate and other Louisiana newspapers, at least those in mid-sized to larger cities (most also are now with Gatehouse). Their selective reporting has turned off a good portion of their audiences, who have found other sources, perhaps permanently. Their circulations and revenues continue to deteriorate because of this collective suicide, and there is no chance of it reversing without a substantial refocusing – if even then.