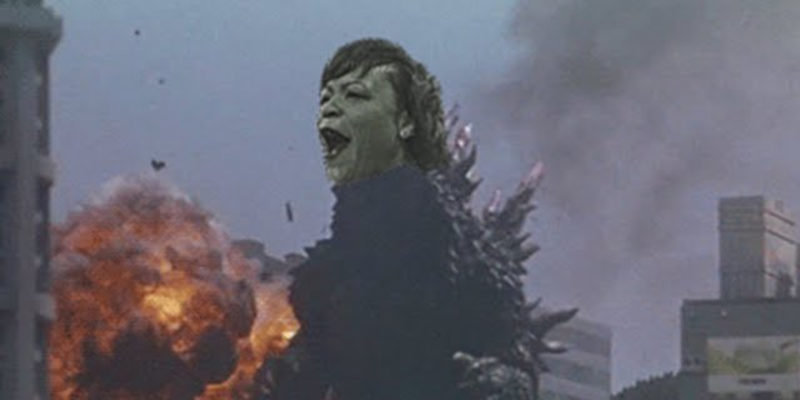 Since she is a California native, she has limited knowledge of the history and tradition of the city. Even worse, she combines arrogance with total incompetence to provide horrible leadership for a city beset with a multitude of severe problems.

Under her reign, violent crime has surged, while the police department remains hundreds of officers below adequate staffing. She displayed a total lack of leadership in the aftermath of the Hard Rock Hotel collapse. It took much too long for her administration to even take any action.

While taxes and fees rise, basic services such as timely trash collection are not being performed. Street conditions are horrible, while flooding remains a constant problem. She recently floated a laughable idea of moving City Hall to the Municipal Auditorium. The intense backlash forced her to back away from the decision.

In her race for re-election on October 9, she is facing 13 relatively unfamiliar candidates. The major issue in the campaign will be her response to COVID-19. Her supporters praise her for “keeping New Orleans safe.” In reality, her extreme lockdown measures have decimated small businesses and the local economy. Her masking requirements have been more draconian than the surrounding parishes, which has driven plenty of customers to other areas.

In the latest pandemic surge, compliments of the Delta Variant, all of the upcoming festivals and major events have been canceled. Thus, the usual number of tourists are not visiting New Orleans because there are no major activities to attract them.

According to Brian Mullin, owner of three bars in New Orleans, “It literally feels like they’ve turned a faucet off, and the tourists stopped coming…. I had ten events scheduled in October on the balcony here. Everyone canceled. It just cost me $700,000.”

Most business owners would not be able to survive after taking a $700,000 hit to their bottom line. Hopefully, Mullin can survive, but the future looks bleak regardless. He said that he travels between his three bars in different areas of New Orleans, but the lack of customers is impacting all of them. According to Mullin, “there’s no one in New Orleans.” This opinion is confirmed by many local businesses. For example, Leah Berhanu of Pigeon Catering and Events at the Board of Trade, said that there have been “way more cancelations this time than postponements.”

To make matters worse, Cantrell has joined New York and San Francisco and other extremely progressive cities to demand customers of restaurants, bars and other public entertainment venues provide proof of a vaccine or a negative COVID-19 test. Customers not meeting these new requirements will not be allowed entry into these establishments. If the businesses fail to monitor their customers, the city has threatened to shut them down.

It is already difficult enough for New Orleans businesses to survive, but this will make it nearly impossible for many of them to remain open. Reports have circulated that restaurant cancellations have increased. It will only get worse as many patrons will move to surrounding parishes which do not have these ridiculous restrictions in place.

In New Orleans, tourism and hospitality are the lifeblood of the economy. Sadly, it looks gloomy for that industry. With the events cancelled, New Orleans and Company, the former organization known as New Orleans Convention and Visitors Bureau, have canceled their national advertising campaign.

Kelly Schulz, New Orleans and Company President, admitted that “We’re sort of in the middle of a difficult period right now. We’re starting to see some negative reaction to the vaccine and test mandate that went into effect Monday.”

This negative reaction is true for both tourists and local residents. In response to Cantrell’s vaccine mandate edict for customers and employees of many local businesses, there have been some small online and public protests. Unfortunately, too many woke citizens of New Orleans are very comfortable abiding by political dictates. These are the same voters who continually elect progressive Democrats who have been in the process of destroying New Orleans for decades.

These vaccine mandates are just the latest way for politicians like Cantrell to destroy New Orleans. To stop the madness, enough voters need to mobilize to fire Cantrell on October 9, the date of the New Orleans elections. With her approval rating at 62% and her opponents relatively unknown and unfunded, it is highly doubtful that a political miracle will occur.

Nevertheless, Cantrell has given the long-suffering citizens of New Orleans a multitude of reasons to vote against her. She has destroyed the economy, taken away precious constitutional rights of the citizens, provided inadequate public safety and horrible public services.

The real blame for all of these problems are not the incompetent and corrupt politicians who presided over the destruction of New Orleans, but the ignorant and misguided voters who elected them. It looks like it will happen once again in six weeks when the voters of New Orleans head to the polls. It’s time to ask for divine intervention, that might be the only thing that will save New Orleans.

Interested in more news from Louisiana? We've got you covered! See More Louisiana News
Previous Article RUSOVICH: From Peace Through Strength To Surrender And Ineptitude
Next Article SADOW: BESE Blew It On Masks For Kids, But Protesters Didn’t Help