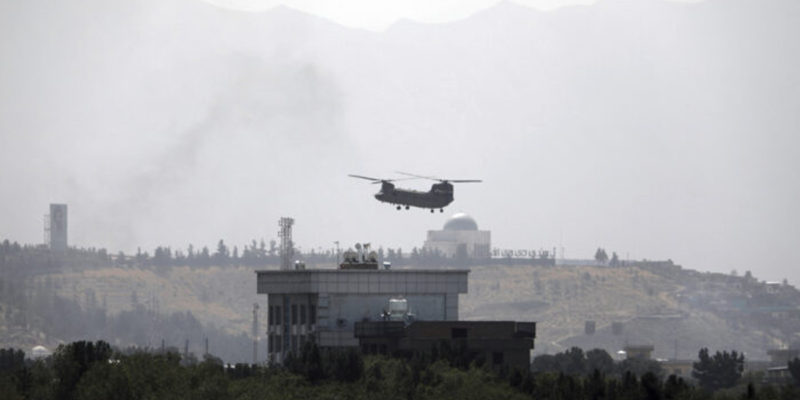 To most Americans, Afghanistan has always seemed one of the most isolated, inaccessible places on Earth. Certainly, it is a mountainous, landlocked country with an ethnically diverse population of somewhere between 33 and 39 million people. (No one knows the real number, but you can bet that the population has begun to shrink sharply in the last several days.) The country is poor by every standard, with high levels of poverty and corruption, and an incredibly low literacy rate of just 43%. Although it has exported huge amounts of cannabis in the past, Afghanistan’s traditional cash crop has always been opium, from which most of the world’s heroin is made.

However, the truth is that America is the isolated country, bounded by only two other nations and set apart from the controversies of Europe and Asia by a pair of oceans. While we Americans are very fortunate to be insulated from the world’s “hot spots,” our collective knowledge of far off Central Asia and the country of Afghanistan is abysmal. This knowledge deficit could be forgiven were it not for the fact that we attacked and then invaded Afghanistan in October, 2001, as a direct result of the terrorist attacks launched against us on September 11th.

And it is vitally important to remember why we invaded Afghanistan: It was the country which sheltered Osama bin Laden as he planned and then carried out the greatest terrorist attack which our country has ever suffered. The Taliban (yes, the very same Taliban which has just retaken the country) was in charge of Afghanistan all the while that bin Laden plotted his crimes, and when the Taliban’s leader refused to turn him over to us and expel al-Quaeda from the country after September 11th, we were left with no choice but to invade. It was a matter of self-defense, as well as national honor.

U. S. and allied forces duly toppled Taliban rule within a few short months, and we spent the next several years defeating various Taliban and al-Qaeda militants scattered throughout the country. In 2008, American and allied units transitioned into a counter-insurgency role, although Barack Obama saw fit to send additional troops to better protect the civilian populace in 2009. The U. S. and NATO combat mission formally ended in December, 2014, and the primary responsibility for security was then handed over to the Afghan government.

From a brief maximum of about 100,000 in the summer of 2010, our troop strength in Afghanistan had dwindled to under 14,000 by 2017. The Trump administration signed a peace agreement with the Taliban in February, 2020, and agreed to withdraw all U. S. and NATO troops. The conditions of the deal were that the Taliban cease attacking our military personnel, refrain from harboring al-Qaeda, and negotiate with Afghanistan’s leaders on forming a new government. Although only about 2500 American troops remained in country as the Trump administration left office, Bagram air base was still very much operational, providing a strong counter-insurgency presence on which the Afghan army relied heavily.

Enter Joe Biden. The Taliban had already broken the peace deal by refusing to negotiate in good faith with the Afghan government. Yet over the objections of his military advisors, Biden pulled our troops out and cut off air support to our Afghan allies at the worst possible time, just as the summer fighting season began. The collapse was unexpectedly swift, and the Biden administration was caught without a plan to rescue our Afghan allies or even evacuate American citizens and other Westerners from the country. The ongoing human tragedy continues apace and is broadcast daily on news screens across the world.

His ineptitude has already cost Afghanistan dearly, but the butcher’s bill presented to Joe Biden will mount sharply as this throw-back to a 7th Century Islamic Caliphate takes a stranglehold on an entire country. But the danger is not confined to Afghanistan: Remember, Afghanistan is located in Central Asia, and Central Asia is the crossroad to South Asia, East Asia, and beyond.

America has suffered a humiliating defeat at a time when we are being tested by our principal adversaries, China, Russia, and Iran. All of these countries have vital interests in Central Asia for the very simple reason that they are located there. But our power in Afghanistan has been allowed to drain away to almost nothing within the space of a few weeks.

What effect will this disaster have on our enemies’ perceptions of our strength and our willingness to use it? Will China be tempted to invade Taiwan? That would likely start a major war. Will Russia be emboldened to invade new areas within Eastern Europe or Central Asia? Think of the existential catastrophe that another Russian invasion (remember the Crimea and Ukraine) would pose for Europe. And what about Iran, which is unpredictable in everything save its militant hostility to America?

But there’s one more country that you might want to carefully consider: Pakistan. Now we don’t usually think of Pakistan as an enemy. It has been an ally, although an often difficult one with which to deal, since its founding in 1947. It is the world’s fifth largest country, with a population of over 225 million people. It is also riven by corruption, poverty, ethnic strife, and Islamic militancy.

In fact, Pakistan is on the cusp of becoming a failed state, and the situation has been getting worse by the year. The Islamic militants in the country go by the name “Taliban,” and they are already well entrenched among the populace and some elements of the Pakistani government and army. Take note of the fact that Pakistan has the sixth largest nuclear arsenal in the world, estimated at between 150-200 warheads, and growing. It also has the longest border with Afghanistan, at just over 1500 miles. Sleep tight, America.

Thanks for yet another disaster in your short reign of less than seven months, Joe!

Interested in more national news? We've got you covered! See More National News
Previous Article It Seems Like The Saints Might Have Some Legal Exposure To Ticketholders…
Next Article Austin Narrowly Misses Joining Top 10 Largest Cities: Are Ultra-Liberal Policies To Blame?