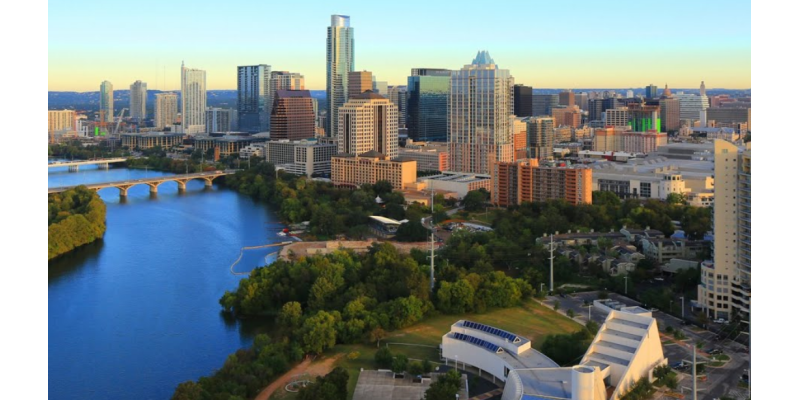 With 961,855 residents per the 2020 Census data revealed last week, Austin fell behind San Jose with just over a million and ahead of Jacksonville tipping the scales at 949,611.

Austin demographers had expected Austin to leapfrog to No. 10 in the 2020 Census. CultureMap wrote in June 2020:

Unless it sees an unlikely surge in population, San Jose would fall to No. 11. … According to this month’s Imagine Austin newsletter, released June 16, Austin’s ascent to No. 10 is coming “sooner than we had previously anticipated.” That’s because San Jose has witnessed population loss for several years in a row, while Austin keeps growing.

… The City of Austin’s demographer, Ryan Robinson, had predicted earlier this year that Austin’s population would hit 1 million this summer.

San Jose continues as a Silicon Valley hub and has not slipped as expected. According to The Travis Tracker, there may be a reason why Austin, though the centerpiece of the rival “Silicon Hills,” did not overtake San Jose.

One surprise was quickly noticed when it comes to the boomtown of Austin: the population did not grow as much as expected. The Census estimate — based on the 2019 American Community Survey — overshot by roughly 17,000 people.

We’ve seen a few signs of this coming: from flight to the suburbs and exurbs to Austin ISD closing schools to make up for decreased enrollment. But this doesn’t mean Austin is shrinking. Quite the contrary: Austin grew by almost 22% over the past 10 years, and the five-county region jumped by a third to 2.2. million souls.

HOWEVER … if the estimate was accurate, could Austin’s draconian COVID-19 business closure orders, a gutting of the city’s public safety budget, a sharp rise in crime, and the homeless camping situation over the past couple of years have contributed to the diminished final count since the 2019 snapshot? It couldn’t have helped.

KUT radio pointed out Austin has a dwindling population among certain racial demographics, with black and Hispanic populations decreasing and Asians and whites leading the growth trends.

From the hip: While it is nearly impossible to point to an exact reason for the population retraction over the past year or so, Austin’s regrettable policies could not have helped. It may be that Austin has lost population very recently — a trend which may continue through the decade as its suburbs and exurbs continue to grow and attract major industries.

And as a tragic point of irony, it seems blacks and Hispanics — which the city of Austin spends hundreds of millions per year to attract and retain — are leaving the city in droves according to the data. Despite the city’s best intentions, Austin is becoming whiter, richer, and decidedly more dangerous. This is a lesson for the other Top 10 cities to take to heart: especially conservative-leaning Jacksonville which may soon outpace Austin if trends continue.

Interested in more news from Texas? We've got you covered! See More Texas News
Previous Article GURVICH: The True Extent Of The Damage From Biden’s Afghan Blunder
Next Article Louisiana’s Senate Has To Lead Now, And There Are No Excuses