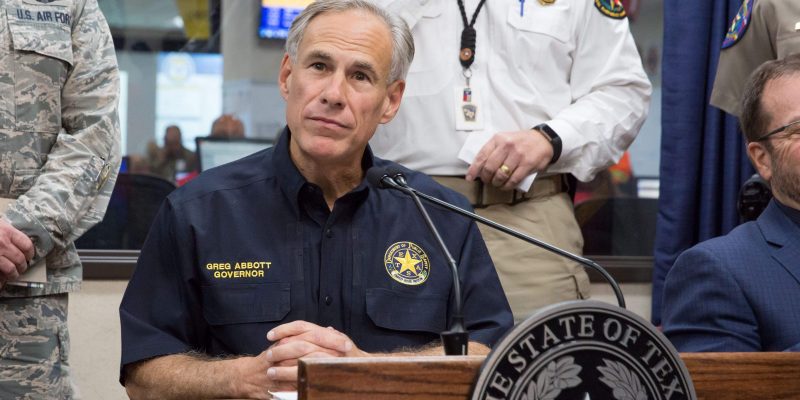 Numerous liberal-led local government entities are suing to stop — or outright rebelling against — Greg Abbott‘s order that mask-mandates may not be enforced in public buildings. And so far the Texas Governor is holding firm against the pressure of judicial activism.

Today Harris County sued Abbott claiming that Houston-area leaders have the right to protect citizens against the spread of COVID-19 by any means they see fit. Harris joins a cabal of other governments in opposing Abbott, which includes state judge orders in Dallas and Bexar counties. Travis County and the city of Austin also jumped in but no word on any lawsuits as of the time of writing. The Travis County/Austin order purports to require that masks to be worn in schools, though at least four major districts are not complying.

The Texas Tribune is keeping track of the dissenting local entities here.

Abbott and Atty. Gen. Ken Paxton asked the Fifth Circuit Court of Appeals on Wednesday to overturn the state district judge orders. Below is the press release from Abbott’s office:

Governor Greg Abbott and Attorney General Ken Paxton today announced the filing of a mandamus petition in the 5th Court of Appeals to strike down the actions by Dallas County Judge Clay Jenkins. The judge’s order violates Executive Order GA-38 and state law. GA-38 prohibits governmental entities and officials from mandating face coverings. It has the force and effect of state law and supersedes local rules and regulations.

The Texas Disaster Act clearly states that the Governor has the power to guide the state through emergencies, such as the COVID-19 pandemic. Any school district, public university, or local government official that decides to defy the order will be taken to court.

“Under Executive Order GA-38, no governmental entity can require or mandate the wearing of masks,” said Governor Abbott. “The path forward relies on personal responsibility—not government mandates. The State of Texas will continue to vigorously fight the temporary restraining order to protect the rights and freedoms of all Texans.”

“This isn’t the first time we have dealt with activist characters. It’s deja vu all over again,” Attorney General Paxton said. “Attention-grabbing judges and mayors have defied executive orders before, when the pandemic first started, and the courts ruled on our side – the law. I’m confident the outcomes to any suits will side with liberty and individual choice, not mandates and government overreach.”

From the hip: We’ve been down this road before, and so far COVID-19 is still with us. Now Abbott is saying it’s high time to give liberty a chance, instead.

Fellow Republican governor and prospective presidential contender Ron DeSantis of Florida is holding firm on his refusal of restrictive COVID mandates. Other conservative governors are following suit. With Abbott up for re-election and also rumored to also be a GOP presidential contender, it would make zero strategic sense for Abbott to appear to the left of DeSantis by reverting back to his 2020 emergency orders. It would make no factual sense, either.

Regardless of the motive, we’re enjoying this side of Abbott. We urge him to stand firm against judicial overreach and Silicon Valley-driven groupthink.

Interested in more news from Texas? We've got you covered! See More Texas News
Previous Article ANALYSIS: Ending Democrat Quorum-Bust Not As Easy As Sending In The Texas Rangers
Next Article MARSH MAN MASSON: Not Big Speckled Trout, But LOTS Of Them!