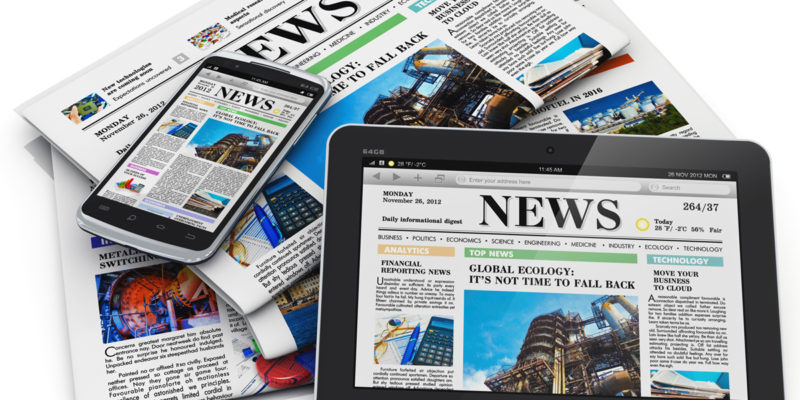 Today, if never before, drop the illusion of an honest media from your mind and understanding forever. Never allow yourself to act on the information pushed through your eyes and ears by people you don’t know.

Journalists, if we can call them that, are paid to make you consume their product tomorrow, by sensationalizing their product today. If that means shaping the news to fit their goals, while distorting the facts, then they will and have done it— to your detriment. I have preached this for years, yet many people still nuzzle up to the tit of misinformation every day of their lives.

I have discovered an interesting equation, especially with morning newspapers. Do you realize that most people read the morning paper at the same time they are stimulating their minds with copious amounts of caffeine?? That means while you are waking up, the first things which enter your mind is not black coffee, but black ink. And it sits there all day, until press agents for politicians hold news conferences mid-day, while you eat lunch and have another cup of coffee or coke.

Your brain is being wired to believe lies.

Never trust the media. If they say something important to you, work to verify it before you believe it. Never except anything on its first iteration. Many people don’t believe the Bible, but they believe the media??????

Accept the fact that journalism is the get-away driver for corrupt politicians.  They are responsible for you never seeing the truth. That’s how we got Joe Biden as President, accompanied by all his follies, especially the lethal ones, like Afghanistan.

The media shares the responsibility of every death in Afghanistan which occurs with Biden in the White House.  They facilitated his campaign for the Presidency, while relentlessly attacking Donald Trump with unfounded accusations.

I could go on and on, but I won’t. Please stay personally vigilant and never cede your judgment to anyone in the media.

Interested in more national news? We've got you covered! See More National News
Previous Article What Are The Chances Of Getting Our People Out Of Afghanistan In A Week?
Next Article APPEL: America’s Progressive Divorce From Reality