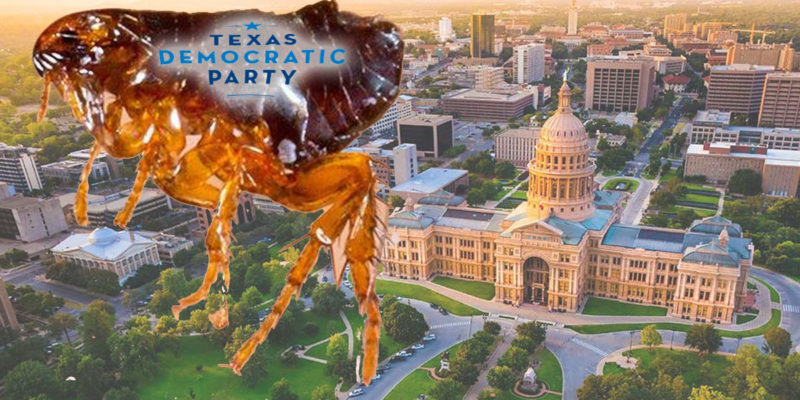 In case you missed it, yesterday the Texas Supreme Court overturned that partisan-hack Democrat judge in Austin and upheld state law allowing for the House Speaker in the Lone Star State to issue arrest warrants for Democrat House members who fled rather than attend a special session of the legislature.

House Democrats who refuse to show up for the Legislature could soon be detained by law enforcement and brought back to the state Capitol, after the Texas Supreme Court on Tuesday voided a state district judge’s temporary restraining order barring their arrest.

The all-Republican high court’s order came at the request of Gov. Greg Abbott and House Speaker Dade Phelan, also both Republicans, who petitioned the court on Monday to overturn a recent ruling by a Travis County district judge that blocked them from ordering the arrest of quorum-busting Democrats, who were in Washington, D.C., for about a month. The House Democrats in the suit have until Thursday at 4 p.m. to respond to the court. Democrats who are arrested would not face criminal charges and could not be jailed or fined. Law enforcement officers carrying out arrest orders by state officials could only try to bring them to the House chambers.

“The Supreme Court of Texas swiftly rejected this dangerous attempt by Texas Democrats to undermine our Constitution and avoid doing the job they were elected to do,” said Renae Eze, an Abbott spokeswoman. “We look forward to the Supreme Court upholding the rule of law and stopping another stall tactic by the Texas Democrats.”

Abbott was considering pardoning Phelan, as the latter was going to ignore the judge in Austin and issue the warrants anyway. The pardon would insulate Phelan from the Travis County district attorney seeking his arrest.

None of that is necessary now, and Phelan is executing the warrants now.

House Speaker Dade Phelan late Tuesday signed 52 arrest warrants for Democrats who left the state for Washington D.C. in July and have yet to return to the House chamber for the second special legislative session of the year.

The warrants came after Texas House Republicans voted to direct state law enforcement to track down and compel the attendance of absent Democrats by a vote of 80-12, the second time such a vote has been taken during this quorum-bust.

The warrants, first reported by the Dallas Morning News, will be delivered to the House Sergeant-at-arms Wednesday morning, according to Phelan spokesperson Enrique Marquez.

Democrats were able to avoid the reach of state lawmakers during the first special session of the year by crossing state lines for their quorum bust. But since the start of the second special session, some Democrats have begun returning to Texas, even as they continue to avoid entering the House chamber.

“We are supporting all those who believe the right to vote, and our freedoms should not be rigged by Republicans elites and their 1% lobbyists,” said Domingo Garcia, national president of the League of United Latin American Citizens.

“LULAC will challenge in the federal courts any infringements of Texans’ right to vote,” Garcia said.

The problem the House Democrats have is they can’t afford to hang out in DC indefinitely. Sooner or later they’re going to go broke and they’ll have to come home. All Phelan has to do is arrest three of the 52 he’s issued warrants for and he’ll have a quorum in the House to pass all the election reform and anti-Critical Race Theory legislation, among other bills, that it’s his and his fellow Republicans’ hearts’ desire to pass.

And the Democrats have absolutely no leverage to stop any of it. By walking out and creating the circus they’ve created, they’ve made themselves irrelevant to any future negotiations in the Texas legislature, at least until such time as they regain a majority.

But how soon is that going to happen? Democrats talk about turning Texas blue, but that doesn’t seem like the current direction of things. When Republicans are winning mayoral elections in places like McAllen and the whole state is spitting mad about what the Biden administration has done to the border, and when Texas’ economy is being hamstrung by federal energy policy, the chances of a blue wave in the Lone Star State don’t look great. And the flea circus the Democrats have put on rather than to do their jobs in the legislature certainly doesn’t help that.

You’ll hear a great deal of gum-flapping about the “radicalization” of Dade Phelan and Greg Abbott as these warrants are executed and Democrat House members are dragged into the state capitol. But just remember – if Phelan and Abbott were truly “radicalized,” it was the Democrats who did it to them. They have no one to blame but themselves.