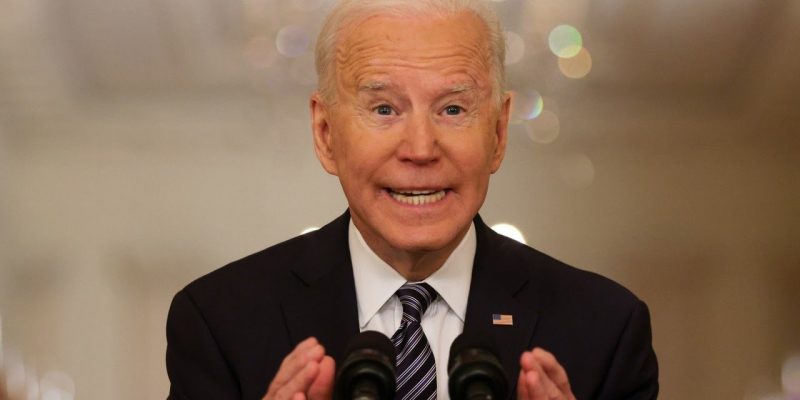 We looked at the Haitian migrants underneath a bridge in Texas and were appalled by the way they were living, but for many people in other countries, that’s normal. For many people, it’s far worse. Children scouring landfills looking for discarded food, children wiping windshields with a dirty rag all day and wandering the streets all night. Young girls in prostitution, and young boys with extraordinary pick pocketing skills.

For people around the world, living in the United States is an exotic dream far outside their hopes. One can’t blame them for wanting to come and one would be heartless not to be at least somewhat sympathetic to their plight.

Many of these children are in this situation through no fault of their own. This isn’t indicative of life for every person in third world countries. Many have homes, jobs, and have a decent life, but poverty is worse and more widespread in many countries. Some had the government consolidate all the wealth into the hands of the few under the promise of communism.

People live in homes with no running hot water, no air conditioning, with random blackouts. Homes made out of cement walls and tin covering the roof, often sharing the walls with their neighbor. The quality of life there is different than what we are accustomed to. While our hearts bled for them under the bridge, it was an education and a glimmer into what life is like everyday for some people. America doesn’t seem so bad now, does it?

It’s a beautiful sight to watch people from all continents and several countries all standing together beaming with red, white, and blue pride as they hold their hand up pledging their allegiance to the United States and finally becoming a U.S. Citizen. They’ll wear our country’s colors and wave the stars and stripes while some self absorbed liberal decries how America is a terrible place as he defecates on and burns that same flag.

I’m sympathetic to migrants coming to America. Most of them are coming because they want a better life. It’s a huge mistake for us to assume that the vast majority of these people will vote for the Democrat party. They know what it’s like to have to do without, they are coming here to work hard and build a better life. They are coming here because in many of those cases, they’ve already experienced a government who took everything away from them, they don’t want that to happen again.

Many, if not most of them, aren’t coming here just to have the government take everything away from them again. I’ll bet, most will actually vote Republican, at least eventually.

I’m also a reasonable person. There’s 330 million Americans and 7.9 billion people in the world. What percentage of that 7.9 billion should we just let waltz over our border? And besides the people in Cuba who are actually suffering, are there other people we ought to prevent from coming over?

Should we just let the cartels come over? Terrorists? Chinese spies? How about agents of hostile governments sent here to disrupt and create riots?

There are so many possibilities of what can go wrong by not enforcing a border, it’s simply not reasonable to have such a policy. The Chinese are in a perfect position to launch a multi-faceted attack on the U.S. organizing several wars across the globe while shipping in terrorists, diseases, spies, and disrupters through our southern border.

Oh, but of course hat would never happen, right? And Germany would never arm revolutionaries in Russia while the troops are on the Eastern Front, right? That Hammer & Sickle guy would never starve the people of Ukraine (Holomodor), right? People would not intentionally fly planes into buildings or our naval ships, right?

You don’t know what other people are willing to do, and weakness begs for war.

What we saw in Florida after the Mariel Boatlift was 125,000 Cubans arrive on our shores, and while most became productive, there was a war going on in the streets of Miami for months and years afterward. There will be consequences of letting people coming into the country unfiltered, and considering out of 7.9 billion people, there is an estimated 332 million people now here, they’ll keep coming and coming and coming for quite some time.

In the case of Cubans they brought their culture. If you want an authentic Cuban sandwich, you have to leave Cuba and go to Miami. And the Havanitos have developed a reputation of helping refugees from socialist countries. People from around the world come here and contribute. Many of them come with no money, no friends, no family, can’t speak English – and they nevertheless succeed. While people with those advantages who look just like them can’t succeed because of their skin color, or something like that.

Maybe one of those privileged liberals can explain it to me.

Liberals lecturing us about “LatinX” when they have no command of their own language are just throwing their privilege in people’s faces. Just because you can parrot whatever new nonsense is the media word of the month doesn’t mean you’re smarter. Using cuss words to drive home a point, or reverting to “Justice” and “Environment” or any other liberal key word shows you have no command of your own language, and you shouldn’t be lecturing those who have command of two or more languages.

Many of these people have to adjust to our way of life, but you can’t expect them to surrender their culture. We wouldn’t do it either. Americans move to other countries and take our culture there. People adjust to their new country, but have a sense of loyalty to their upbringing.

The more people from a specific country emigrate to a new country, the more impact they’re going to make on the new country. Too many at once means we’ll have to adopt their way of life. That’s what the people who see this current wave of immigration as an invasion are talking about, and they’re not completely wrong.

We want to raise the minimum wage minimum wage to $15.00/hr, and then bring in millions of alternative cheaper laborer through our southern border, making that minimum wage useless. Many of these people will have several people living in their homes, as was life for them in their home country. They’ll eat food that you can’t stomach. Those men will have a sense of macho and women will be proud to be beautiful.

Ironically, the people who are least ready for the cultural changes the Left is earnestly trying to inflict on America are the people who are demanding them to be let in. I suppose it’s the Left’s arrogance that everybody must listen to them, and nobody is allowed to offend, that gives them reason to believe that they can change immigrants’ culture. But Americans don’t want to assimilate into this Woke New World they’re trying to build, much less Haitians or Guatemalans or Afghans.

The Dems had better sharpen up their political machines. They’ll need them.

And worse news is that they are being sent to red and purple states which would increase their population, meaning when it comes to the census in 2030, blue states like California, New York, and Illinois will lose seats in the house. Even if they don’t vote, the population shift will have adverse affects in those states.

It’s a huge gamble, and if it doesn’t work out, even the Democrats will refer to him as Pendejoe Biden.