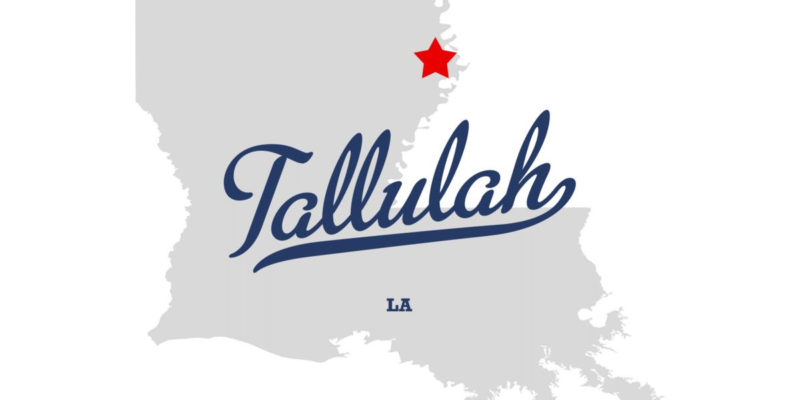 Some different players, but same old story: desire by elites for prestige and remuneration hampering solutions to struggling Louisiana municipalities.

In 2019, the Louisiana Legislative Auditor began publicizing distressed municipalities, or those that risked having to come under outside fiscal administration. Although some have crawled out from under their problems, sometimes spectacularly so, several since have degraded into administrative receivership, with the state’s Fiscal Review Committee in its meeting last month having added Powhatan to that category.

That leaves 18 others on the distressed list compiled earlier this year. Eleven in fact repeat from two years ago, including Powhatan. Each has its own reasons for making the list, but one commonality is this desire, mostly strongly rooted among mayors, to retain control over resources that could be allocated more efficiently, manifested in two ways.

Many on the list have troubles with their utility solvency. They own their own water provision systems and chronically charge too little for services, thereby ending up unable to service such systems or drawing from their general funds that end up beggaring other city services. Politicians allow this because they want to take credit from voters for keeping water rates low so won’t raise rates to a sustainable level, and they often resist relinquishing city ownership of these utilities that would create more efficient uses of capital so they can keep on receiving credit in this fashion.

Often, officials blame such water woes on declining populations. Of the 19 on the list, nine have utility problems noted, and the majority have lost residents over the last decade, a very few severely so. Yet the overall population drop among the 19 is only 6.1 percent, while of the nine designees five actually gained population and thus potential customers to strengthen their systems. In these cases, subpar management, if not at present then for lengthy periods in the past, is to blame and to the point surrendering the system is the only fiscally sensible option.

The other major problem, also reflective of politicians’ attitudes, is aggrandizement in the mayor’s office, particularly in annual compensation. The state’s largest cities (over 40,000 people, excepting those part of a consolidated government) have their mayors draw compensation in the range of 50 cents to $2.50 a resident, and even middling ones (above 10,000) make $5-7 a head.

But among the 19, the figure is much higher, an average of $12.74. Economies of scale obviously play some role here, and a couple of exceptions stand out such as Estherwood at just over a buck each and Tullos at a bit over $5 a person. And at really small numbers, the multipliers appear big; all of Bonita, Powhatan, and South Mansfield have fewer than 400 people, but even mayoral compensation as low as the $6,600-7,200 range begins to look high.

However, others appear unambiguously high, if not outrageously so. Does the mayor Clayton, a village of 458, really need to take home $25,447 according to its last audit? Or how about the likes of Jonesboro, Lake Providence, and Washington, ranging from around 1,000 to 4,500 in size, making full-time salaries in the range of $25,000-30,000?

The three worst offenders should truly gall taxpayers. Tallulah’s 6,857 pay $61,255 in compensation to their mayor, Winnsboro’s 4,640 shell out $60,000 to their chief executive, and Winnfield’s 4,420 cough up a whopping $84,000 to the city’s head. That last one is equivalent to the pay drawn by the mayors of Opelousas and West Monroe, cities three to four times larger.

When being mayor with frankly not much in the way of duties given the size of a municipality can make relatively so much money for actual efforts required, that only encourages unnecessarily aggrandizing city activities and therefore expenses, much less accounting for the unnecessary compensation as a factor aggravating fiscal problems. Reducing this level would tend to attract officeholders that would bring a more parsimonious view of spending taxpayer resources that should shore up their municipalities’ balance sheets. (A few of the smallest also have full-time police chiefs elected; these could save money by having this elective office abolished and turning over law enforcement responsibilities to sheriffs.)

The Louisiana Legislature has made some moves to address the conditions that lead to fiscal difficulties, such as taking advantage of federal grants – ironically financed irresponsibly by by Washington Democrats issuing an ocean of debt – to expand state efforts to entice water system repair and consolidation. But more is needed, such as inducements for the smallest municipalities to dissolve their incorporations and laws limiting elected official compensation. Otherwise, the distressed list will remain too well populated, if not at higher numbers.