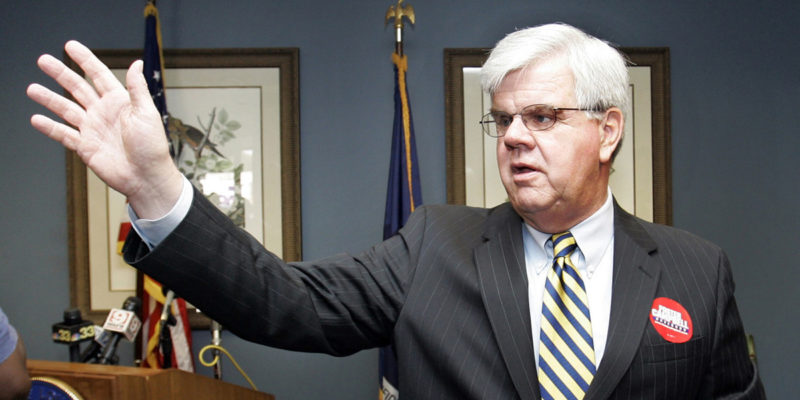 When Democrat Public Service Commissioner Foster Campbell penned his latest jeremiad about partisan political actions, no doubt he stood in front of a mirror to get a good idea of what a political partisan looks like, and a hypocritical one at that.

Campbell recently fobbed off an opinion piece onto some northwest Louisiana media outlets, in it complaining about Louisiana Republicans elected to Congress. He wrote that the state needed federal disaster aid owing to a string of destructive storms, but that its House Republican members voted against a bill that contained such relief. He alleged that these highly-paid representatives turned their backs on constituents due to GOP orders, letting partisanship get in the way of fulfilling the state’s needs.

Then there’s the rest of the story that Campbell deliberately leaves out. The bill to which he referred has as just one part authorization to spend on disaster-related matters. It also extends several expiring programs and continues funding federal government activities, with the existing budget expiring at the end of this month, through Dec. 3 at those current levels.

But it also removes the public debt limit and then retroactively reinstalls it on Dec. 17 to whatever new borrowing has occurred by then. That means in the interim the sky is the limit, a device deliberately installed by Washington Democrats to allow them to pass (the amount discussed by their leaders at this time) up to $5.5 trillion more in new spending or an increase of nearly a fifth. Without this suspension, not only can’t this take place but also soon the inability to issue new debt would cause cutbacks in government services.

Under normal Senate rules that leave the measure open to a filibuster, the half of the Senate filled by Republicans can block it. But Democrats can get around that by including it in a budgetary reconciliation package, which isn’t subject to a filibuster. Yet they resist that because then they politically will become solely responsible for the economic problems that would result from supercharged debt spending, principally runaway price inflation – already at the highest rate in over a dozen years – which acts as a pernicious tax on the buying power of the citizenry and hurts lower income families the most.

So, party leaders devised the strategy to attach matters such as disaster relief to untethering the limit to try to force Republicans to sign on to the largest increase by far in the debt ceiling’s century-old history, and then depend upon loyal party apparatchiks like Campbell to pressure GOP members into acquiescence. A genuine bipartisan approach would be to set up disaster relief in a standalone bill which likely would garner unanimous support and certainly from Louisiana members.

Campbell knows this, and honesty would dictate that he instead chide Democrats and their lone member of Congress from the state, Rep. Troy Carter, to follow this approach. But he is a hyper-partisan Democrat and so follows the attack orders assiduously, hence his piece.

Campbell’s unyielding partisanship is such that he also disregards the negative impact of the Democrat-desired spending bills enabled by raising the debt ceiling that contain may of his pet items such as the Green New Deal. Personally wealthy (his latest state-required personal disclosure statement shows at a bare minimum he has assets nearing $1 million and made at least $300,000 in that year) and therefore insulated from the havoc high inflation and other increased costs spawned by the bills will wreak upon working families, it clearly doesn’t bother him to put his political ideology ahead of their welfare.

Seeing Campbell call others partisan might draw a laugh from such a brazen display of political chutzpah, except that the costs of and misery from what he supports have real consequences to the Louisianans make it no laughing matter.

Interested in more national news? We've got you covered! See More National News
Previous Article Yes, What Trump Said About Brian Kemp And Stacey Abrams Was Stupid
Next Article APPEL: The World Is Changing, And Louisiana Needs To See It