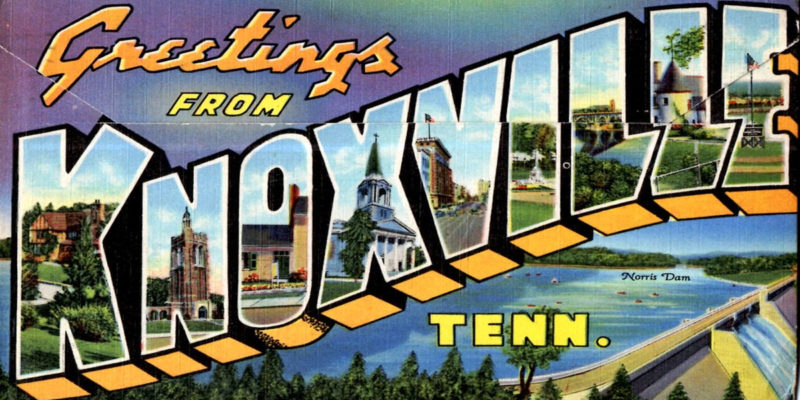 Here and at The American Spectator we’ve been talking a lot about revivalism, and this morning I’ve got a column up at TAS about how examples of revivalism, though not named as such, are everywhere if you’re willing to look for them…

All we’re talking about here is injecting a little testosterone and human growth hormone into conservatism, giving a movement a new name better reflective of the challenge it seeks to meet, and demanding that it go on offense and stop losing ground to the Hard Left.

But the good news is a revivalist movement, if it even takes on that name, is right there waiting to launch. The foundations, intellectual, spiritual, and political, are already in place.

Yes, you want examples, and yes, I’ll provide some.

The column cites several of those examples, among them the terrific Bradley Prize acceptance speech given by Mollie Hemingway, the RealClear Politics column Bruce Abramson wrote yesterday, and Josiah Lippincott’s takedown of the military-industrial complex at The American Mind earlier this week.

But the letter that Glenn Jacobs, who’s the mayor of Knoxville, Tennessee – his official title is Knox County Mayor – shot off to President Biden yesterday telling him where he can stick his vaccine mandate belongs in the revivalist conversation as well. Jacobs absolutely perfectly slaps down the stupidity Biden put on display last Thursday in that awful COVID speech he gave. 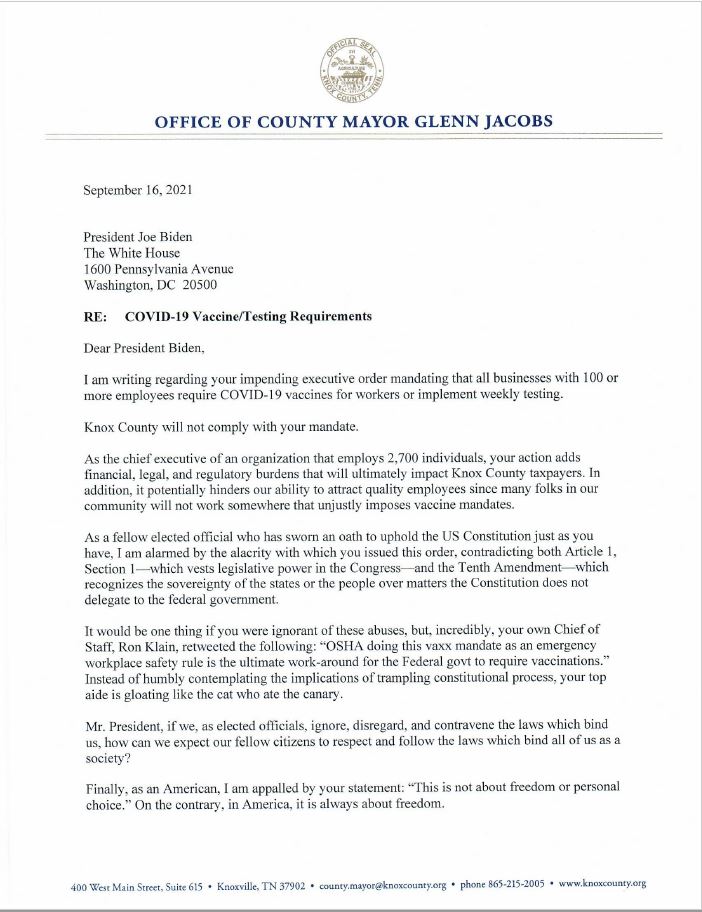 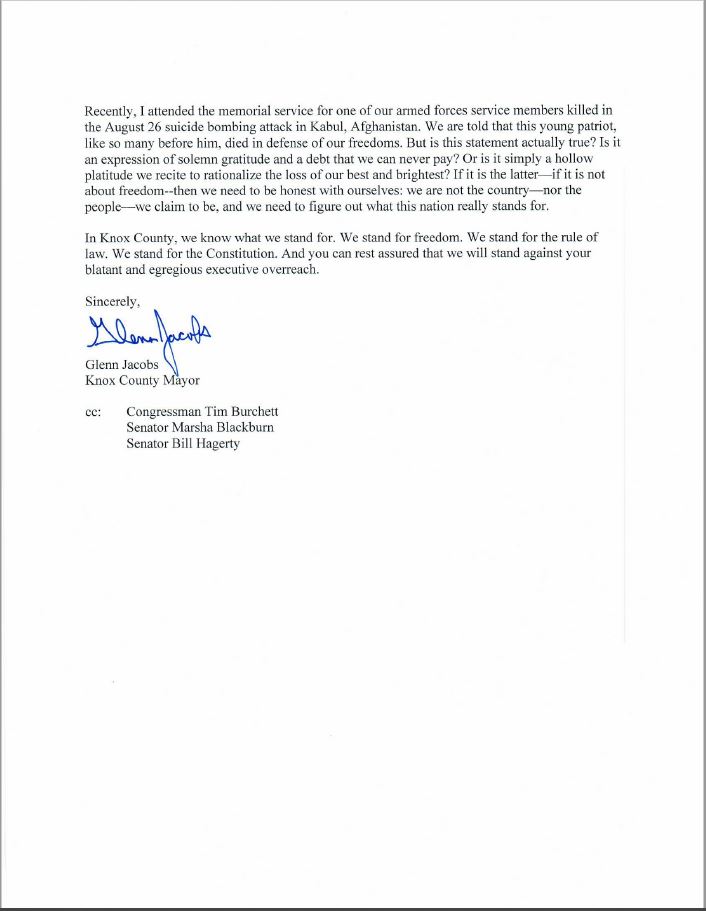 How fantastic is that?

Biden isn’t the only Democrat politician to run his yap about how “it’s not about freedom.” We have that same idiocy here in Louisiana with our own governor who can’t stop blathering about how people should be more concerned about doing the right thing, which he defines as obeying him, than their own rights.

And it’s a gross indictment of the Democrat Party that its purported leaders don’t see that the only reason they have the consent of the American people to govern is their oath of office, which, boiled down, charges them with guaranteeing the liberty of the people.

Anything short of that is tyranny. But considering that authoritarian tyranny is their brand now, and the comically minimum achievement of Gavin Newsom surviving a recall in California is now their justification for imposing even more Branch Covidian lockdowns with the goal seemingly to mimic what Australia is doing, it’s going to take a whole lot of Glenn Jacobs-style in-your-face pushback to back it down.

With enough of that, not just to Biden but to government thugs everywhere who think “it’s not about freedom,” you might just have the American revival we need.