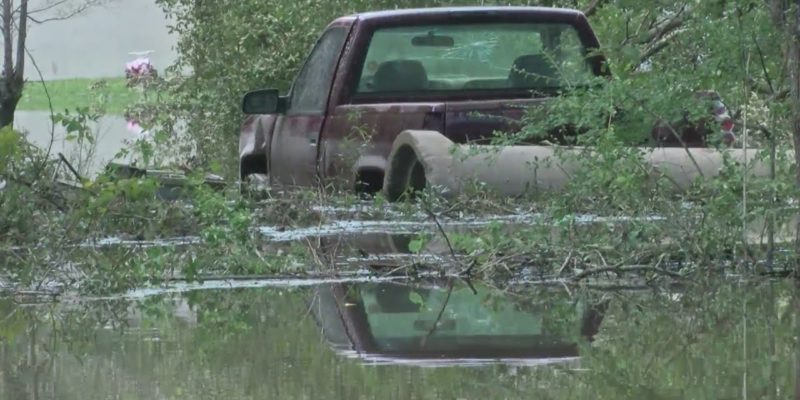 I have a theory that for a large number of people who live in Louisiana, the performance of LSU’s football team governs their perception of how the state is doing.

That it’s an utterly stupid prospect, if it’s true, doesn’t invalidate it. Particularly in the Baton Rouge area and in the New Orleans suburbs, where there are a lot of swing voters (and where “Republican” doesn’t necessarily mean “Conservative”), you can buy a great deal of complacency with a little bit of success on the football field.

Consider that John Bel Edwards’ 2019 re-election coincided with the greatest season in the history of LSU’s football program. Edwards wrapped himself up in that team’s success like there was no tomorrow, even going so far as horning in on Joe Burrow’s Heisman award and getting Ed Orgeron to do fundraisers for him at the Andonie Museum on campus. If LSU had gone 4-8 rather than 15-0, do you think people might have been more concerned about out-of-control state budgets, an anemic economy, widespread corruption and startling amounts of outmigration? Do you think Edwards, who overperformed in East Baton Rouge, Livingston, Ascension, St. Tammany and Jefferson, might have gotten 49 percent of the vote rather than 51?

Religion isn’t the opiate of the masses in Louisiana. Football is.

But after Saturday’s train wreck at the Rose Bowl, where it’s now becoming obvious that the 2019 season, great though it was, is little more than a mirage and the reality is that Orgeron is the coach everybody always knew he was, we’re all going to be on a bad trip for the foreseeable future.

You aren’t going to be able to hide from your problems by hanging out at the tailgate, Louisiana.

The fact is you have a governor who is a power-mad tyrant and always has been, and he has COVID restrictions he will continue to abuse until someone comes along and takes his ability to impose them away. Edwards’ mask mandates and increasing moves toward vaccine mandates have no relationship to science, and they’re impeding Louisiana’s economic recovery.

Worse, they’re impeding Louisiana’s morale. More and more of our citizens are deciding they’ve had it with this place and picking up stakes.

Outmigration is a colossal problem. We’ve lost well over 100,000 people to net outmigration since Edwards took office, and now we’re going to lose more thanks to Hurricanes Laura and Ida the past couple of years.

The utility companies have done some pretty amazing work to get the power back on after those hurricanes. The grid in the Lake Charles area was utterly destroyed by Laura last year, but 23 days later power had been restored just about everywhere. It’s expected that almost all of Baton Rouge will be back online tomorrow and only 1,300 customers are still out as of this morning, which would be a 10-day turnaround from Ida. In the New Orleans area most of the city is back, though Jefferson Parish still has a lot of problems. Eighty percent of the power is back on in St. Tammany, according to CLECO. Even Hammond, which took a beating from Ida, is about halfway home.

But the River Parishes are a mess, and so are Houma and Thibodaux, and the coastal areas are a nightmare.

And here’s the thing about hurricane recovery: there will be no Katrina surge. The $100 billion in federal swag which artificially propped up Louisiana’s economy for the six or seven years after Katrina isn’t coming. It didn’t come after Laura and it won’t come after Ida.

Once the power is back on in New Orleans, nobody is going to care. Nobody in Washington, DC gives a damn about LaPlace, Labadieville or LaRose. The Democrats won’t turn loose a nickel for hurricane recovery in places which vote Republican, and the Republicans are too freaked out about the runaway federal budget to want to fight for aid to people who live in a “hurricane zone.”

You’re trapped between a rock and a hard place. And all that Katrina swag, and the abuse of the funds by so many of the connected slimeballs we have around here, has resulted in Katrina fatigue from the American people. They don’t care anymore.

They never really did. The only reason the country made such a big deal about Katrina was that it was a way to beat down George W. Bush’s popularity for partisan purposes, and the victims of Katrina could be sold as poor and black, so Bush didn’t care about them.

But Joe Biden doesn’t care about poor people in Houma, black or white. He showed up on Friday and was led around to see some damage, he mumbled some meaningless words about how Uncle Sam would help, and then he drifted back to his house in Delaware. That’s the end of Biden’s involvement, and Louisiana is no better off than those Americans still stuck in Afghanistan Biden similarly abandoned.

And no, Cedric Richmond, Biden’s “boy” in the White House, is not going to help. Richmond and the rest of the idiot politicians in New Orleans think they can get the feds to pay for burying power lines in New Orleans and elsewhere so a hurricane can’t knock them down, but any electrical engineer can tell you that is a prohibitively expensive idea made much worse by the terrain in the city.

And if that’s your ask, you don’t deserve any federal dollars.

It’s questionable whether Richmond and Helena Moreno are any better for the trying than are, for example, Public Service Commissioner Lambert Boissiere, who has completely flaked on his constituents in the River Parishes almost none of whom have power currently. Commissioner Craig Greene, whose district is mostly Baton Rouge but contains parts south and west, has been in California for the better part of the last two weeks; he was in the crowd for the LSU-UCLA game. Perhaps Greene did his job via phone; Houma and Thibodaux are in his district.

Entergy is working on getting the power back up. Would Boissiere and Greene be helping or hurting if they were actively hounding the utilities? You’re allowed to be skeptical about that.

Edwards decided that with a hurricane on the way he’d extend his worthless statewide mask mandate. Because people without air conditioning needing to repair their wind-damaged property really need to be wearing masks.

Nobody’s obeying him. And the rate of transmission for COVID-19 had fallen to lows not seen since the beginning of the pandemic before Edwards even imposed the latest mask mandate in the first place, so naturally he’s claiming credit for a falling-off of the Delta variant surge.

Nothing works here. Nothing is done well. The festivals and celebrations which make life livable in Louisiana are all canceled due to the COVID hysteria of the politicians bleeding into the marketplace. The restaurants are all understaffed and the service reflects that, the job market is worse here than in any of the neighboring states, storefronts are increasingly empty and the U-Haul rates prove that the slow bleed of our productive people isn’t so slow.

And now the football is no good. So you really don’t have an escape available.

So the question is, Louisiana, what are you going to do about it?

Does the last family to leave just turn out the lights? Or do we fight to save this place from the awful leadership which got us here?