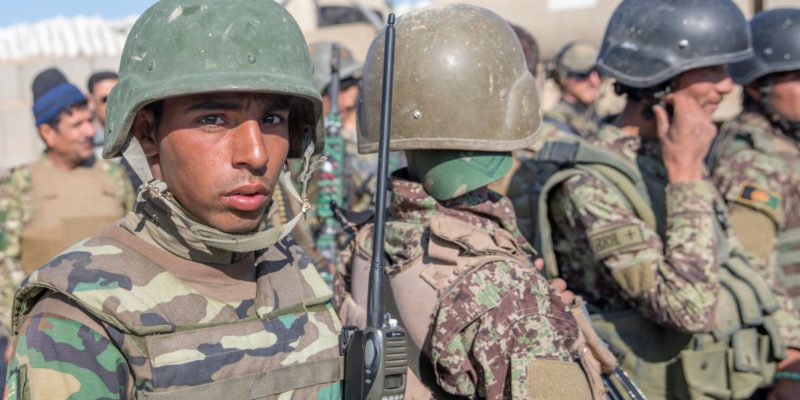 Does the U.S. have an “army”?  Of course it does.  But let’s get down to basics.  What, exactly, is an “army”?  And what can we learn from the collapse of the Afghani “army” that makes this question important to America’s safety?  Let’s see.

The Merriam-Webster dictionary defines an army as “a large organized body of armed personnel trained for war, especially on land.”  But the collapse of the  Afghan “army” proves that’s wrong.

The Afghan government had a large body of organized men who were armed – but it didn’t have an army.  That’s because a real army consists of men who are not only trained and armed, but who also want to fight.

A large group of armed men who don’t want to fight is not an army.  They are just potential jeep and rifle donors.  In fact, the will to fight is probably the most important thing an army can possess.

A few examples illustrate this point.  An army can be starving, freezing to death and be low on arms, but it is still an army if it wants to fight.  Valley Forge proves that.

Or an army can wear rubber flip-flops, wear bamboo hats instead of steel helmets, and use 50 year old rifles – but it is still a real army if it wants to fight.  The North Vietnamese proved that.

I suggest that a soldier’s will to fight is a function of several things, including these:  First, he must believe he is being told the truth about the war he was sent to.  Second, he must feel his government supports him and his value system.  And third, he must also identify with the leaders who order him into battle.

Let’s take these one at a time.  Our WW2 soldiers believed they were told the truth about the attack on Pearl Harbor and the December 11th German declaration of war on America because these were demonstrably true facts.  No one doubted them or had reason to.  These were not part of a “Weapons of Mass Destruction” public relations effort.

Second, our government supported the troops 100%.  They were not given “Rules of Engagement” that put soldiers’ lives at risk.  Nor were soldiers told that their value system represented “toxic masculinity” and they should stop “clinging to their bibles.”   Our soldiers’ value system was, by and large, the value system of our government.

And third, these soldiers identified with their leaders.  They saw leaders who were rich and powerful risk the lives of their own family members.  Joseph Kennedy Senior, to give one example, lost his first born son, Joe Junior, on an air mission in Europe, and he almost lost his second born son, John, in the Pacific while he was captain of a PT Boat.

So our soldiers had important reasons to fight in WW2.  This created good morale and the will to do battle.   As a result, our government had a real army at its command.  It did not have a group of trained men with weapons who did not want to fight, which is mostly what the Afghan government had this summer.

Our “leaders” in Washington better understand this.  They cannot create the will to fight by simply giving orders.  When they lie to our soldiers, give them unsafe rules of engagement and insult their value system they are also doing one more thing, destroying their morale.  This is yet another reason why these “leaders” need to be replaced.

Editor’s Note: a guest post by Michael Weinberger, founder of the Home Defense Foundation. Michael has written for several publications, including including the Wall Street Journal, Charlotte Observer and the The Western Journal.