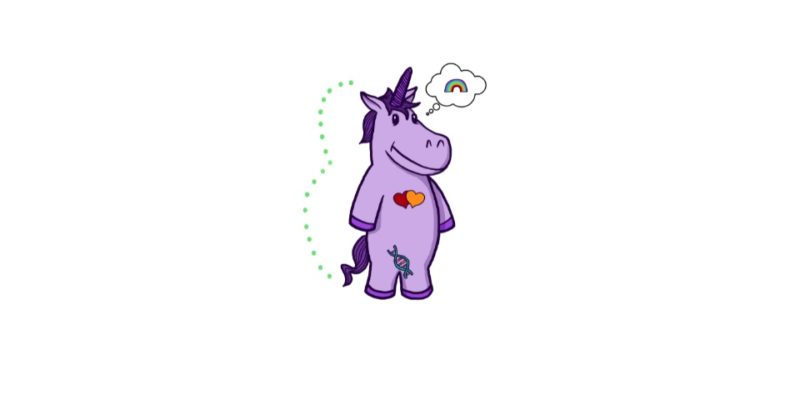 In what is being called “Tea Party 2.0,” conservative public school parents are hopping mad.

From opposition to Critical Race Theory in the classroom to infuriation over mask mandates and stringent COVID-19 protocols (even in defiance of governor’s emergency orders), parents are taking to the school board rooms in numbers rarely seen. Progressive school board members are reportedly “quitting in disgust” as the heat is turned up across the country.

In the Leander Independent School District, a taxpayer-funded public school system situated northwest of Austin in what was until recently the more conservative portion of the metro area (and may be again), parents have identified another problem:

Watch the training below which, in addition to introducing the anthropomorphic unicorn, suggests teachers address students by  their “preferred pronouns,” a “game plan” of offering classroom exercises to explore LGBTQ topics, the unscientific dichotomy between sex and gender, and for good measure a short video by a social media influencer.

What is the Gender Unicorn, you may ask? If you don’t have time to watch the entire video of the training, in short it’s a program designed to “support LGBTQ+ youth in schools” and teach the various nuances, terminologies, and expectations of mainstream gay rights lobby groups such as Human Rights Campaign and GLAAD. The American Spectator has a summary here which we quote in part below:

Starting as early as preschool and kindergarten, taxpayer money is funding radical sex education content. Just one example is the Gender Unicorn (an iteration of the Genderbread Person), a purple cartoon image featuring hearts and rainbows. Adopted in 2016 by the Charlotte-Mecklenburg school district in Charlotte, North Carolina, Gender Unicorn use has spread nationwide and into Canada. The Washington State ASCD Curriculum in Context Spring/Summer 2020 lists the Gender Unicorn as one of several “educational materials” for teachers. The Alberta Teacher’s Association includes the Gender Unicorn in their 152-page teacher toolkit aimed at cultivating LBGTQ-inclusive classrooms.

The character is designed to look endearing to young children, similar to the popular Barney or Boz. But this unicorn walks students through self-selecting their gender identity, their gender expression, the gender they’re physically attracted to, and the gender they’re emotionally attracted to. Each option includes not only categories such as women/men and feminine/masculine but also “other.” Even their “sex assigned at birth” is open to interpretation — it includes female and male but also “other/intersex.”

While the training was intended for adult staff members of the Leander school district, it appears the concept is already well on its way to being introduced at various grade levels based on the content of the training.

Nothing was said in the training of conservative or traditional viewpoints on sexuality or offering any alternatives for those whose faith may conflict with the content provided.

Leander ISD parents are planning to attend tonight’s trustees meeting to address LGBTQ trainings as well as mask mandates and a host of other frustrations brought about by a leftward trend in board elections and under Superintendent Bruce Gearing.

Interested in more news from Texas? We've got you covered! See More Texas News
Previous Article WEINBERGER: Biden, Dems Can Learn Something From The Collapse of the Afghan “Army”
Next Article Will Hurricane Ida Pump Your Electric Bill Through The Sky?