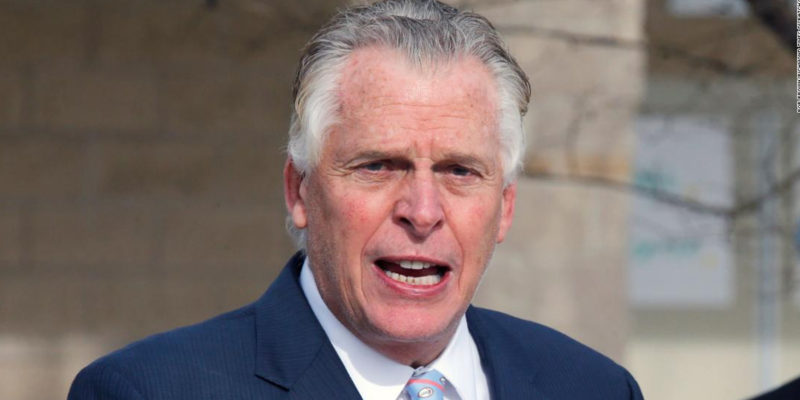 The statement in the headline of this post was recently made by Democrat nominee for Virginia governor (and former VA governor), Terry McAuliffe.  Think about that statement again.  “I don’t think parents should be telling schools what they should teach.”

At a time when many traditional, well-accepted aspects of American life have become backwards and upside down this comment nevertheless took me aback.  However, it really shouldn’t have, because these are the views of the Left which firmly believes that the supreme authority in children’s lives is the state, not their parents and not God.

How have we seen statements like this reflected lately? Well, as I shared two weeks ago in this column, The National School Boards Association first, we’ve now learned, coordinated with the White House for weeks and then wrote in a September letter to President Biden urging Attorney General Merrick Garland and the Department of Justice to stop “domestic terrorism and hate crimes” against public school officials.  This means the National School Boards Association believed that the fact that parents were fighting to protect the health, safety and welfare of their children was so “dire” a situation that the Attorney General should invoke the Patriot Act and have these concerned parents deemed “domestic terrorists” under the Act.

Well, Attorney General Garland complied by issuing an October memo instructing law enforcement (including FBI) and prosecutors to develop “strategies for addressing threats against school administrators, board members, teachers, and staff.”  AG Garland, whose son in law’s company, Panorama, is providing its Critical Race Theory platform to over 1,500 school districts, 23,000 schools and 13 million students, is set to again testify before Congress this coming week on these issues.

What are parents so concerned and irate about? Well, let’s see.  It may include the fact that in much of America, public schools have not truly educated children in decades and today serve more as a breeding ground for indoctrination in cultural Marxism than as institutions designed to impart even the most basic knowledge of language, math, science, or history.  Please know I don’t intend here to bash or criticize the large majority of teachers in Louisiana and across the country who are deeply committed to their jobs and try very hard to educate their students.  My focus here is on the school boards and school administrators who demand that these teachers—rather than concentrate on imparting the basic knowledge that will be necessary for their students to function in our society—instead “teach” these highly inappropriate topics including sexual perversion, gender identity and racial politics.

By the way, what is it specifically that parents so heatedly oppose?

What is the most important fact here that Terry McAuliffe and the Left are ignoring?  That children are not the property of the state and that parents are the final authority regarding what their children are taught and what they learn.  The U.S. Supreme Court has many times recognized the fundamental liberty interest of American parents in—and constitutional right to control and direct—the education of their own children.   That is why rowdy and heated local opposition to school board policies has been a hallmark of civic engagement and our constitutional form of government.  It is also why millions of American parents have sacrificed greatly to put their children in private schools and a significant factor regarding why homeschooling numbers are increasing rapidly across the country.

Government may possess a compelling interest in the solid and thorough education of children with basic human knowledge and an understanding of American principles such that they develop into good and civic-minded citizens.  That was certainly the original goal of public education.  However, government most assuredly does not possess a compelling interest in replacing the rights of parents to educate their children with the government’s desire to indoctrinate children who are particularly vulnerable to it because of their youth and innocence.

I hope parents continue to firmly stand against this, no matter how angry it might make our ruling class.