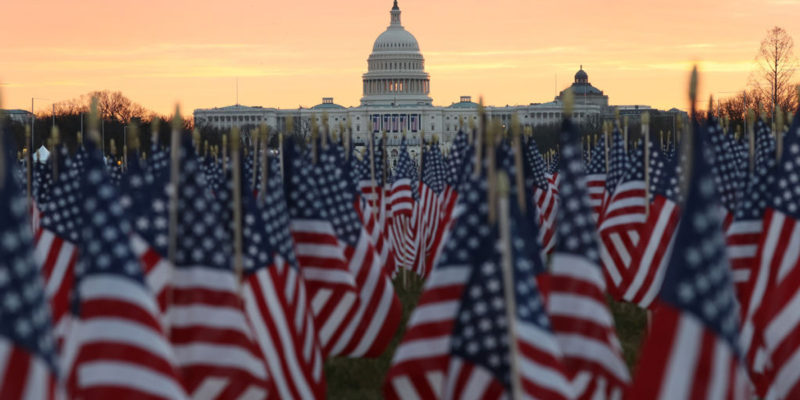 At a time when the American people are clamoring for Democrats to put Americans first, Democrats are not only turning a deaf ear, they are working to silence the voices of more and more Americans. Whether sitting in the White House, in Congress or in your statehouse, serving on your city council or school board – they still aren’t listening.

Parents are showing up in droves to their local school boards to push back on vaccine mandates, mask wearing, and a curriculum filled with propaganda and obscenities. Healthcare professionals are speaking out against being forced to choose between losing their jobs or getting the vaccine. State governments are suing the Biden administration over this White House’s failed immigration policies. Even the Democrat mayor from the town of Laredo, Texas, who is overwhelmed with providing humanitarian aid and medical services to thousands of migrants daily, says we need to secure the border and, “(i)t was working under Trump, call it whatever you want to call it, but it was working.”

What we are seeing is our fellow Americans express, with great passion, being fed-up. These are ordinary Americans, like you and me. They show up and voice their opinion, online and in person, to the very officials who were elected to represent their interests. These are moms and dads, who pack their children’s lunches every morning or drive them to soccer practice, ballet class, and help them with their homework after school. There are military veterans speaking out, who carry photos of their children (and/or grandchildren) in their wallets. And emergency room physicians and nurses who attend to patients all day. Folks just getting off work, and those on their way. And business owners, who are struggling to find ways to make payroll.

These are the ordinary Americans that have always made America extraordinary. But these ordinary folks are angry…and frustrated. Meanwhile, the mainstream media, the Democrat Party, and the White House seek to marginalize these folks as “Trump supporters” and to accuse them of being selfish, swastika carrying, right-wing domestic terrorists who couldn’t possibly be genuine because they are mostly “white” or “redneck” and live in what is often considered by those east cost elites as “flyover” country.

But why would these ordinary Americans, most of whom have never held a microphone, spoken before a crowd, or been active in politics, express such public anger over what’s going on in our country? I’ll tell you what I think. It’s grief.

Millions of us are grieving the expected loss of the America we grew up in; the erosion of the fundamental values that provided us all with a sense of security, identity, and purpose as proud American citizens. We have always been Americans first, and last.

Professionals tell us that grief is a natural response of sorrow and confusion that results from losing someone or something important to you. Of course, it is a natural part of life. There are five stages of grief: denial, anger, bargaining, depression, and acceptance.

For millions of Americans who don’t trust the legitimacy of Biden’s election as POTUS, denial (and its natural consequence and best friend, apathy) is no longer an effective coping technique. Now, more folks are responding with feelings of anger because they are losing a part of themselves (not just the country); a part that their children may never experience as they grow up.

What are we missing, or grieving the loss of? I’ll tell you, right quick, but some may say it’s not a big deal.

But I miss a President that puts America first. What’s wrong with the leader of the free world, the greatest nation in the world, showing reverence for the institution of the office that he holds?

I miss a President that doesn’t apologize for the sacrifices that our men and women in uniform have made, for so many nations around the world. Under Ronald Reagan, it was always “morning in America”. Now, our President tells the world that “When America is first, it’s America alone.”

I miss the America where genuine difference of opinion was debated without anyone being labeled a racist, bigot, greedy, selfish, or an imbecile. Biden recently threatened the unvaccinated, “We’ve been patient, but our patience is growing thin.” What happened to agreeing to disagree? And whether you call them debates or spirited discussions, or arguments, or differences of opinion – they happen all the time. It’s part of life.

By the way, did you know that a poll was released this week that indicates that registered Democrats are nearly twice as likely as registered Republicans to stop speaking with someone related to pandemic or vaccine disagreements? Seriously.

I also miss a President that encourages the independent, American spirit of ingenuity, hard work, and the pursuit of the American dream. That’s a bitter pill to swallow, especially when Biden views those who want to keep their hard-earned tax dollars as “selfish” and not paying their “fair share.”

I miss a President that inspires success without conditioning its achievement on government bureaucracy or income redistribution. Ronald Reagan said, “Government is not the solution to our problem; government is the problem.” And 59% of Americans still believe this today.

I miss a President that doesn’t conduct himself as a politician running for office, when he has already been elected to the highest office in the land. A President should be the leader of our nation first, not a leader of a “movement” to fundamentally transform it.

Now, the first step in the grieving process is accepting the loss. For millions of Americans, they have not accepted the expected loss of the America they grew up in. I haven’t either. We’re not a frenzied mob or right wing zealots. We’re decent, law abiding Americans, from all walks of life, from the Sunday school teacher to the physician.

We’re willing to do whatever it takes to speak out because if changing a nation has been done by any people in any point in time in history, then what was possible for them, is possible for us – whether you have a “R” or “D” behind your name, or none at all.

As it is often said, “The only thing necessary for the triumph of evil is for good men to do nothing.”

And what you’re seeing now is that, for millions of Americans, they’re just not willing to do that.

Louis R. Avallone is a Shreveport businessman, attorney, and author of Bright Spots, Big Country, What Makes America Great. He is also a former aide to U.S. Representative Jim McCrery and Trump elector. Follow him on Facebook, on Twitter @louisravallone or by e-mail at [email protected], and on American Ground Radio weeknights from 6 – 7 PM on 101.7FM/710AM KEEL in Shreveport, or weeknights from 9 – 10 PM on 96.5FM KPEL in Lafayette, and streaming live on iHeart.com, on iTunes, and at americangroundradio.com.