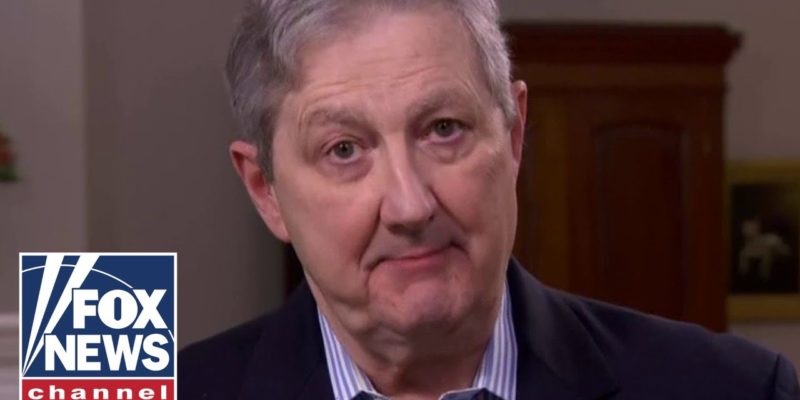 Political types have a sense of intellectual arrogance. It’s always been and always will be as it is today. They are impervious to ideas outside their realm and have developed a herd immunity to the stench of their hypocrisy. It infects them, from the leaders of the country to the lobbyists in your state capital. Even in small towns, the mayor and city councils believe their selves to be sharks in the ocean not realizing they are merely minnows in a small pond. So it was quite refreshing to hear Senator John Kennedy say “the people are not morons” and that “nature abhors a moron.”

These types are easy to spot as they sneer at anybody who challenges their mantra. Instead of being able to explain their position and counterpoint, they become anencephalic despots. Underneath all those big words is stupidity and brute force. The dumber they are, the more apoplectic they become when they cross paths with those who dare think. Just tell a vaccine stormtrooper that COVID is not a guaranteed death sentence, or that the vaccine doesn’t give you immortality and you may just find yourself as enemy number 1. Challenge them with stats and the self proclaimed cerebral God ‘may strike down upon thee with great vengeance and furious anger those who would attempt to poison and destroy their brothers’. As Dave Mustaine sang, “What do you mean I ain’t kind? Just not to your kind.”

Senator Kennedy is absolutely right that people are not morons. They may be ignorant of subjects, but only because they focus their minds on matters important to them. A chef is not stupid – he may not know the solution to end cancer, but he’s extremely knowledgeable in mixing foods with spices and pairing the concoction off with a beverage. A musical artist like Nikki Minaj or Brittney Spears might not be able to solve the rising crime rate issue, but you don’t get to where they are without a great understanding of the music industry. And I wouldn’t ask Peyton Manning or Cale Makar what’s the proper exit strategy for Afghanistan, but they both know far more about their respective sports than any of us, and especially those in D.C., know.

Even criminals can be quite astute in their chosen craft. One could only wonder what they could have created had they taken an alternative route. I would say they are immoral, but throughout history, immoral governments have made morality a crime.

The politicos also rely heavily on polls without understanding that people respond to polls on issues that don’t affect them. Take for example Afghanistan, with 73% of people supported our withdrawal, and you can count me as one of the 73%. The war in Afghanistan didn’t affect me, but had you asked me if I was willing to surrender, I would have said no. If you would have asked me if I would rather fight terrorism on American soil rather than Afghan soil, I would have said no. Polls reflect opinions of people who are not experts on a subject and are focused on other aspects of life. When those issues begin to affect them personally, they become far more educated.

Those political sheep think they know everything there is to know on every subject there is to know. That they have a recondite monopoly on every subject and are ready to break their necks to tell you their newfound expertise that they parrot from each other. Flip from news channel to news channel, and from newspaper to newspaper and it’s the same regurgitated lines pronounced as gospel. They don’t use their own words, just the approved words from their lexicon. How many of them can put their own unique spin on a subject without sounding exactly like another? Not one of them can explain why many of these infrastructure projects are going to fall short of the funding that they will need if the bill passes, nor do they even try, or even so much as think as to what the consequences might be. They are so convinced of their intelligence that they see that nothing could go wrong.

It’s really simple actually.  The dollars that are allocated are based on the value of today’s dollar and does not take inflation or supply and demand into consideration. When the government increases the dollars they spend, they devalue that dollar. Add to that the already disrupted supply chains coupled with the guaranteed increase in demand those government projects will create, and prices will skyrocket.

What happens then? Inevitably, the anticipated cost of those projects today won’t be accurate. The more the government spends, the more pressure they put on the supply and demand as well as devaluing their currency. This is why in Socialist countries you see buildings unfinished. Now that is a very shortened version and I’ll leave it to an economist to explain it further, so please, don’t parrot what you just read as if you’re an expert.

It’s quite easy to throw around a lot of big words and think you’re intelligent, it’s something else to have to explain what you believe and why you believe it. I’ll take the intelligence of a folksy Senator like Kennedy over any of the political parrots any day, even if we were to disagree.