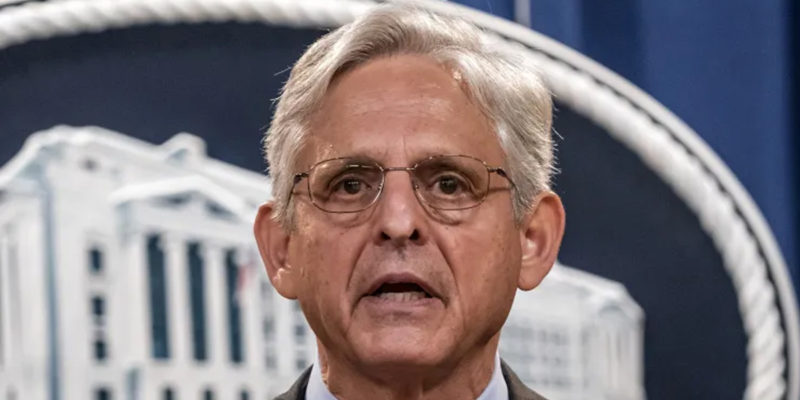 What might very well be the result of the insane federal overreach that was U.S. Attorney General Merrick Garland attacking parents concerned about leftist cultural aggression among local school boards is the collapse of those entities’ national cohesion.

You already know the story by now. School board meetings across the country have become battlefields as disgusted and disgruntled parents have showed up to voice their displeasure on a number of topics over the past couple of years.

And those parents have lots to complain about. In too many places across the country, the Left and their teacher union instruments have actively pushed an agenda most Americans want nothing to do with – from transgenderism to Critical Race Theory to COVID hysteria. In each case, parents wishing to raise their children with traditional values have become outraged.

That schools spent an entire year with remote learning rather than in-person classes made it worse not just because parents were inconvenienced by having to proctor their kids’ Zoom classes, but also because in doing so they got a first-hand view of what was being taught. And it didn’t go over well in lots of cases.

So parents are now much more active at school board meetings. In Virginia, this has become a flashpoint for the gubernatorial election, particularly when Democrat former governor Terry McAuliffe, who’s trying to get a second term in office (consecutive terms are illegal for Virginia governors), repeatedly stated his objection to parents deciding what’s taught in schools. That position could very easily cost him the governorship of that state, particularly given the scandal in Loudon County, where a “trans-woman” – a boy in a dress – raped a ninth-grader in a girls’ bathroom and the victim’s father was brutalized and arrested at a school board meeting after objecting strenuously to board members’ denials that the rape had taken place.

The father’s outburst led to the National School Board Association (whose headquarters is in Virginia) writing a letter to the Justice Department complaining about “domestic terrorists” threatening or attacking school board members. That wasn’t a serious letter, but it didn’t matter: five days later Garland was issuing that guidance and threatening to sic the FBI on parents objecting to leftist indoctrination at school boards.

Garland was in front of a House committee yesterday, and things got very chippy. Here was Rep. Jim Jordan’s opening statement talking about the FBI directive…

Here was Rep. Mike Johnson launching into the school board issue, and tying an unresponsive Garland in knots over an ethical issue surrounding his actions.

While all of this was going on in DC, around the country there was pretty significant dissent toward the NSBA. In Louisiana, for example, the state school board association issued a public rebuke to its national office…

The Louisiana School Board Association has disavowed its national organization’s request for federal law enforcement to police local school board meetings, saying the move is a “huge step backwards.”

Parents and school boards across the country have clashed in recent months over COVID-19 student-mask policies and sensitive racial curriculum proposals, such as critical race theory. Traditional orderly meetings have sometimes devolved into shouting and raucous parent protests as a result.

In response, the National School Board Association, based in Alexandria, Virginia, implored federal law enforcement to intervene, writing in a letter to President Joe Biden that “America’s public schools and its education leaders are under an immediate threat.”

The Louisiana School Board Association, however, does not support the initiative.

“The LSBA was not consulted about the content of the letter. The LSBA does not agree with NSBA’s action,” the group said in a statement. “Our concern is that NSBA’s request and description of events is not a universal occurrence at all school boards, it fails to align with the standards of good governance, and it discourages active participation in the governance process.”

Louisiana Attorney General Jeff Landry had issued a letter declaring that his office would fight any federal efforts at intimidation of parents’ free speech at school boards, and when the LSBA fired off that letter to the national office he gave them an attaboy…

The reason question is whether the NSBA and Garland will back down. Our guess is they will in the event McAuliffe loses to Republican Glenn Youngkin, as this issue would likely be dispositive in that case. But if they don’t, it’s going to call into question whether the NSBA can even control its membership much longer, because the public is beginning to lose faith – rapidly – in public education as currently constituted.

Let’s remember that homeschoolers have now grown to an astonishing 11.1 percent of the K-12 education mix, something which hasn’t been the case in a century or more. The market is already moving away from public education, which means elected school board members in places which aren’t under the complete control of the Democrat Party are going to be scrambling to increase their responsiveness to those parents who aren’t flying the coop to private schools, homeschooling, learning pods, microschools and other options which are surfacing.

It’s their choice, but what they can’t do is pretend that having Merrick Garland sic the FBI on parents concerned about failed schools and leftist indoctrination is going to tamp down what’s already here. Those parents won’t be silenced or marginalized, and the closer you get to ground level the more obvious that is.