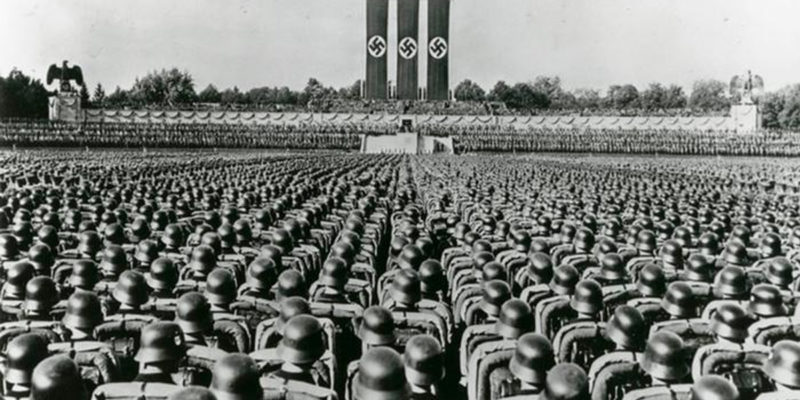 Before you read further, please take a moment to watch this video and feel the furor.

While Pendejoe Biden complains about fewer democracies in the world, it’s unfortunate that Afghanistan being one of those “fewer” countries needs to be pointed out. And while Biden’s little tirade reminded me of Adolfo the slaughterer, it’s not the only time in recent times that Biden and his obedient stormtroopers in congress have reminded me of those historical lessons we all should have learned. Whenever the GOP captures the Whitehouse, the left likes to call the President “Hitler” while patting their selves on the back calling oneself “anti-fascist”. But like Perry Farrell sang in Idiot’s Rule “You know that man you hate? You look more like him everyday, Hi Dee Hos”

Reichstag Fire
On February 27th, 1933, there was a fire in the German capitol building known as the Reichstag. This fire was a key moment in forming the Nazi dictatorship as the Nazis used this to demonize political opposition and put limits on assembly and free speech. While the Democrats have thus far been unsuccessful in their attempts to use the January 6th to limit free speech, they have been endlessly droning on with an investigation and propagandizing it to label their political opponents as “domestic terrorists”.

Citing from the Holocaust Memorial Museum, that event led to a decree “For the Protection of the People and State” and “abolished a number of constitutional protections and paved the way for Nazi dictatorship.”. As the January 6th investigation goes on and on, one should ask their self, is this seeking the truth, or is it more a Cadaver Synod where the charged aren’t be allowed to properly defend their selves? Seems to me more Kangaroo court than Justice sought. For those of you who don’t know Cadaver Synod, a dead pope’s body was exhumed and put on trial.

Law for the restoration of professional civil service
On April 7th, 1933, this law began to force Jews out of their jobs by September 30, 1933. This began the targeting of Jewish people out of the workforce and made room for “Aryans” into the workplace. 18 days later, Jewish children would see similar treatment at their schools.

We currently have a president who is pointing his finger at a group of people mandating that they comply with his wishes or lose their job.

Book Burnings
May 10, 1933 a national book burning took place. Information was considered dangerous and not in the interest of the nation. At the Berlin burning, Joseph Goebbels said “And the future German man will not just be a man of books, but also a man of character, and it is to this end we want to educate you”. Authors such as F. Scott Fitzgerald, Albert Einstein, Ernest Hemingway, Aldous Huxley (Brave New World), Thomas Jefferson, C.S. Lewis, George Orwell (1984), Thomas Paine, Adam Smith (Wealth of Nations), Mark Twain, Oscar Wilde, J.R.R. Tolkien and Helen Keller were among the wide spectrum of views to be abolished.

In today’s brave new normal world, our language is changing and you won’t have to look far to find it. Many people who post “disinformation is dangerous” on their Facebook profile pic, also insist that men can get pregnant. They aren’t interested in truth, which one must seek through by going through tons of information. What they seek is that all people believe what the politburo diktat want truth to be, and all information outside of that is “dangerous”.

Night of the Long Knives
Otherwise known as the Rohm Putsch. On June 30 to July 2, 1934, Ernst Rohm and members of the S.A. we executed for their betrayal to the Nazi regime. Whether Ernst Rohm was truly betraying the Nazi regime or not, we’ll never know. However, Rohm was so defiant that when given the option to commit suicide, he refused, and demanded that Hitler pull the trigger. Hitler wouldn’t do it, and instead ordered Rohm shot.

While it’s not something we can point out and say “look it’s happening now”, it does mark a significant point in totalitarian regimes to have any opposition executed, including allies. Saddam Hussein did something similar when he took full control of Iraq. Another interesting note, homosexuality was widely accepted in pre-Nazi era Germany. Hitler and Goebbels were well aware of Rohm’s, and many members of the S.A.’s, homosexuality. However, on the Night of the Long Knives, at least one of the members of the S.A. was caught in bed with another man. Goebbels then cited this publicly as “moral turpitude” and was the beginning of the end of homosexuality acceptance.

Kristallnacht
On November 9, 1938 is an important night as it unleashed an unjust hatred against Jews. Many synagogues were burned, Jewish owned business looted, Jewish homes destroyed while firefighters and police stood by and watched.

Imagine, you living in a city like Minneapolis, Minnesota, or Portland, Oregon and the mayor orders the police to stand by while riots happen in the streets, and businesses are burned and looted… oh wait a minute…

Decree on the Elimination of the Jews from Economic Life
On November 12, 1938, Germany passed laws prohibiting Jews from operating retail stores to having trade crafts.

It’s important to note that totalitarian governments force poverty onto people to lessen their ability to fight back. When you hear the term “tax the rich”, ask yourself, do rich people really give money to politicians so they can be taxed more? Or is it more nefarious, spreading poverty while the continue to be privy to loopholes?

The 2005 book “Murderous Medicine: Nazi doctors, human experimentation, and Typhus” by Naomi Baumslag. The purpose of Baumslag’s book is to explain how epidemic typhus served in the extermination of Jews. Typhus was being spread by lice and Jews were blamed for the spread of typhus. So it makes sense when they were put into concentration camps, their heads were shaved, they were stripped of their clothes, given showers, and deloused.

Diseases can be used for political purposes, and listening to some of our D.C. experts, our governors, and certain mayors, one gets the feeling that their war on Covid is perpetual, used more to usurp power from the people rather than work in the general welfare of the people. You can tell by their holier than thou deeds, that the rules the enforced are for the people, but conveniently find that they, them selves, are both immune to those very rules, and thus superior to the disease.

As Ronnie James Dio sang, “If you listen to fools, the mob rules.” It’s important to know history, after all, those who don’t know their history are doomed to repeat it.