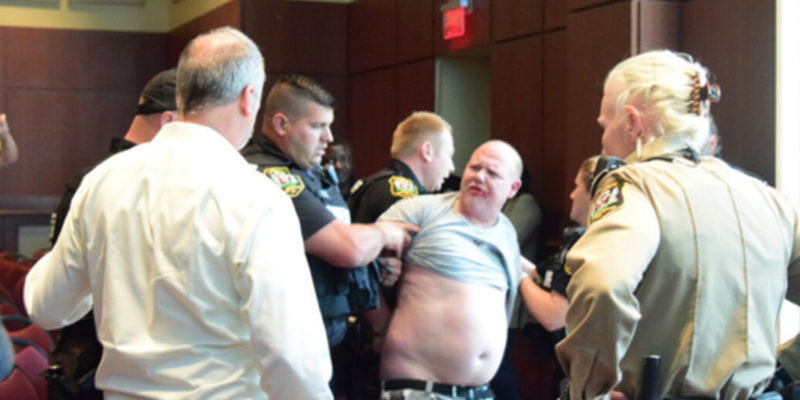 Let’s pretend for a minute that I want to date you. If you’re a guy, let’s pretend that I have a pretty face, I know that’s a huge ask. Let’s also assume that I have the correct plumbing that you would want from a pretty face. Now, in order to win you over, I’m going to try some things. First, I’ll call you names like stupid, racist, murderer, hate monger. If that doesn’t work, I’ll try taking a bat and bashing your car with it, or throw a brick through your window. If that doesn’t work, I’ll try burning your house down, will that make you love me?

Obviously you would rather call the police on me than be ready to tie the knot.

Yet, we try this method over and over and we wonder why we can’t convince people to side with us. It invades politics on both sides and has always existed. I’ve been overzealous, maybe you have too.  However, there are consequences. You will forget your transgressions against others 10 minutes later, but your victims will remember them for the rest of their lives – and vice versa. It’s important to recognize and apologize quickly when you do injury to others. It happens most of us, if not all of us. You’re more than welcome to enter into the political ring, but please don’t show your, well, let’s just say you don’t need to moon everybody.

I can understand parents at school board meetings because parents usually have an unbreakable emotional bond with their children. A parent may let you get away with doing a lot of harm to them, but will lay down their life for their child.

So for Biden’s administration to get involved and call parents “domestic terrorists,” he’s picking a fight with the wrong people. Democrats, Independents, and Republicans all understand the importance of looking out for their child’s best interests, even if they have different views on raising those children. Parents are going to harbor resentment for the Biden administration, and that may just mark the end of his Democrat support. Sure there will be some parents who will stand by Biden, but your run-of-the-mill Democrat parent?

Let’s not overlook cancel culture that feigns offense over any superficial reason in order to justify the bullying, harassment, and punishment of anybody the cancel mob wants. However, a person being of cancel culture, one will find himself very lonely at the end of that road. Nobody likes a whiner or a complainer. Robespierre was quite surprised when he was made to have his turn under the guillotine blade, after all.

Still, we should be restrained and do our best to be productive and not give Attorney General Garland an excuse to become heavy handed, though he won’t need much of an excuse to abuse his own personal Gestapo.

There’s more I can say about this, but I really want to talk about Senators Sinema and Manchin and the harassment that they received.

If you were in either of their shoes, what would you do? The obvious answer is, leave the Democrat party.

With a 50-50 split in the Senate, you would think the Democrats and the President would guard against losing either of these two, but no, they want to protect school board members from parents and encourage the harassment of those two.

Neither Sinema nor Manchin owe me a thing. Nor does Pelosi, AOC, Liz Cheney, or Marco Rubio. They don’t represent me. The only people that are elected officials that are obligated to my wishes are my two senators, my governor, my congressman, and the rest of the elected officials of whom I am a constituent. On top of that, I have to share their obligation to me with all the other voters they represent. The rest of them don’t owe me a damn thing. I could try to influence their voters, but outside of that, what obligation does any of them have to me?

Even if they were to leave and join the Republican party, how many of the Republicans would turn and do the same thing to them for not toeing the party line? Maybe there is some back room wheeling and dealing going on that we don’t know about, but if Manchin and Sinema were to leave the Democrat party, then that ends the Democrat overreach. I’m not saying that it will happen, but if I were Pendejoe Biden, I’d be worried that Don Meredith’s singing voice would be heard once again (Rest in peace, Don).

Either of them could switch to Independent, but then they wouldn’t get funding from either party and have to run against two well-funded candidates. This works if neither of them want to continue their career in politics. But when you have the invariably angry authoritarian Bernie Sanders writing an op-ed to your state’s largest paper discouraging your voters, perhaps the risk of leaving outweighs the reward of staying.

There is a lesson that we can all learn from an authoritarian curmudgeon like Bernie Sanders. After John Adams insulted John Dickinson over his refusal to stand up to England, Ben Franklin told Adams “Go gently Mr. Adams, I beg of you.” Sometimes matters are of such importance that it’s more important to win over than it is to win the battle. Use your passion to convince, not to convict.