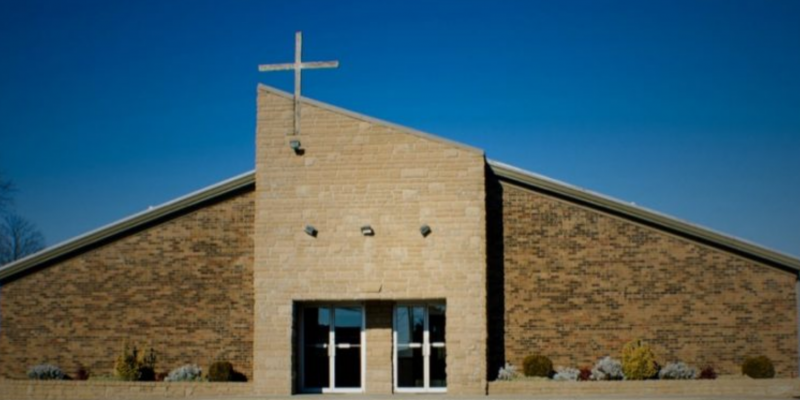 For all the good things taking place in the States – revolts against corrupt school boards, governors and State legislatures trying to guard their fellow citizens against federal vaccine mandates, a labor uprising against Amazon – there is an elephant in the room that threatens to crush them in the dust unless it is addressed.

That five-ton mammal is religious freedom, and it showed the destruction it is capable just recently in Pennsylvania:

MEDIA, Pennsylvania (WPVI) — A local Satanic organization has convinced a school district in Delaware County that its dress code was discriminatory against Satanists.

Joseph Rose, the founder of a local organization called Satanic Delco, says fellow Satanists with children attending schools within the Rose Tree Media School District made him aware of the verbiage in the dress code banning any clothing or gear that are “satanic in nature.”

“The idea that a public school would allow religious expression in school, but choose to single out and prohibit the expression of one specific religion obviously seemed like a problem for us,” Rose said.

It took about a month of consistent emails and phone calls to the district before the superintendent sent out an announcement reading in part “… Although we have had no complaints or concerns brought forward by any student, parent, or resident we will remove this language from our current dress code information in the student handbook.”

For more than 200 years, folks in the States have been under the illusion that Christians would be better off without any special recognition by the various centers of governmental power – whether local, State, or federal.  Events like the one mentioned just above (which are becoming more prevalent) prove how wrong we have been.  Christians/Conservatives/Revivalists are being seriously out-maneuvered by men with bad intentions, and it will cost us dearly (both the souls of our descendants and the decline of the broader physical culture) in the future if we don’t do something about it now.

The only way we can stave off the coming societal disaster is to amend Louisiana’s Constitution to declare in some manner that Christianity is the underlying religious foundation of our State, and that anything that runs counter to its traditional historical beliefs – like Satanic clothing in children’s schools – should not be allowed.

Some will chafe at this, seeing it as a betrayal of a loyalty to abstract freedoms that has characterized life in North America for many years now.  But abstractions won’t save our kids from LGBT rapists in the bathroom, or Satanic proselytizers in the hallway, and so on with the rest of it.

Without broad religious agreement, very little good that is of an enduring nature arises.  The conflicts between Hindus and Muslims in India or the clashes of the Muslim gangs and the erstwhile Lutherans of Sweden bear this out.

We saw something quite the opposite when Africa, Asia, and Europe were united in their confession of the truth of Christianity:  the most beautiful and memorable works of man, with God’s help, were created and continue to bear witness to the fruits of religious unity – from the wisdom and purity of the Desert Fathers of Egypt and Palestine, to cathedrals like Hagia Sophia, to illuminated manuscripts, to the iconography of men like St Andrew Rublev (whose Holy Trinity icon is still renowned after more than 600 years), to the painted churches of Romania, to the perfection of prayer in hesychasm, to the awe-inspiring spiritual feats of the new martyrs under the Communists.

Such achievements are exceedingly rare when cultural/religious clashes are a part of everyday life.  To expect them under such conditions – i.e., in a society that upholds the free exercise of religion, that doesn’t give preference to Christianity over other faiths – is as foolish as expecting a math department in a school to nurture good math scholarship when one teacher is allowed to teach 2+2=4, another is allowed to teach 2+2=5, and another 2+2=37.

Other Christian countries – like Hungary, Poland, and Russia – have already come to this conclusion and have amended their laws and fundamental governing documents accordingly to protect the Christian Faith.  Unless Louisiana follows their example, whatever successes against the globalists and other degenerate forces we may achieve in the short-term will be undone in the future as the differing creeds allowed to blossom under the constitutionally protected regime of religious pluralism and moral relativism program our children and grandchildren to tear down what we’ve managed to raise up with difficulty in our own days.