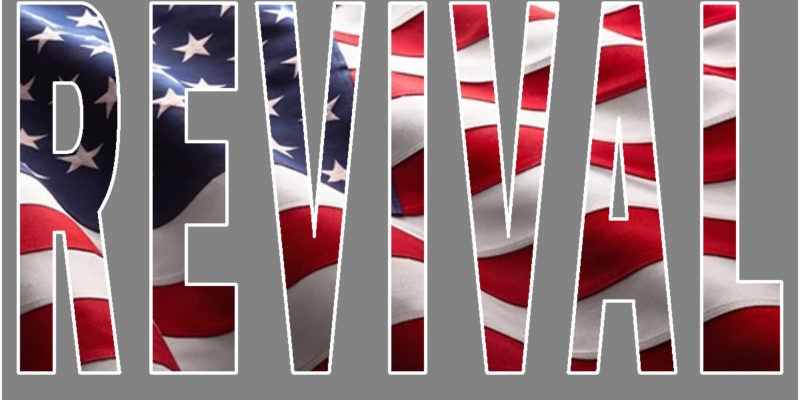 Editor’s Note: What follows is a version of a column I wrote for the autumn edition of The American Spectator’s print version. It’s also a book essay attached to a proposal sent to a publishing company for The Revivalist Manifesto, a book I’m outlining which would be appearing early next year. Our readers know that here at The Hayride we’ve signaled our intention to promote an evolution from conservatism to revivalism. Read on and you’ll see what that means.

What’s wrong with conservatism in 2021? Nothing…and everything.

Nothing is wrong with conservatism because, applied correctly, it works. The ideals of our nation’s Founding Fathers work, and those are what conservatism seeks to conserve. No fault can be found in that.

But everything is wrong with conservatism because it hasn’t been applied correctly. Conservatism, far too often, has been tangled with corporatism – and worse, conservatism is far too politically conservative. When you lack the vision to apply America’s founding ideals to the problems of today and instead simply attempt to preserve a status quo the imposition of which you fought against a mere decade ago, which has been the case for most of conservatism’s past half-century, you are no more situated to successfully defeat the neocommunist Left than old-fashioned American liberalism has been.

We need something new. We need, essentially, conservatism on offense.

Most of 21st-century America is so divorced from the ideals of our founding, a reality few in this country demanded but is nonetheless the case through a combination of deception, incompetence, sloth and corruption, that to conserve it would be a disservice to the movement which bears its name.

We don’t need or want to conserve America. Not as it is. America as it is either elected Joe Biden or came close enough to give his handlers a chance to steal an election. And America as it is made Chuck Schumer and Nancy Pelosi the most important legislators in the country – and Gavin Newsom and Andrew Cuomo our most consequential state-level elected officials.

What we need is to revive America. We need to push back the frontiers of incompetence and treason which have encroached upon our liberty and prosperity, and we need a reflowering of the cultural, economic and political patrimony our forebears gave us.

Ben Franklin said he gave us “a Republic, if you can keep it.” Conservatism took up the standard of keeping it, and then proceeded to surrender all of the important fights.

Instead, let’s build a new movement on the successes of conservatism while learning from and rejecting its failures.

Let’s call it Revivalism, because we need to revive what’s been lost amid the cultural, economic and political aggressions of our enemies foreign and domestic.

I offer four main tenets on which to build the movement. They are…

First, civilization is meant to make it easier to earn a living than steal one, which requires just enough government to accomplish that purpose and no more. As soon as you introduce too much government you have given the pillagers an easier road to plunder than they could ever have through violence.

And we have far, far too much government.

Government, in the American model we seek to revive, is meant to be merely a tool to insure liberty and security from villains and enemies.

As such, Revivalism states a specific goal of making the freest possible America for law-abiding citizens. We’re for few laws, vigorously enforced.

Second, our government is not and should never be seen as representative of the people. Rather, it is representative of the interests who have access to government. Some of those interests are popular, but most are not. President Eisenhower’s famous warning about the corruption inherent in the formation of the military-industrial complex was more prescient than he could have ever realized; far from limiting that complex’s scope we’ve seen conservatism embrace it, leading to terrible effect in Afghanistan and Iraq, and worse, the military-industrial complex has metastasized and spread. We now have a medical-governmental complex and a media-political complex which are every bit as corrosive as the defense lobby ever was.

Therefore the State must be limited in its powers and the Revivalist project is to pursue every avenue possible to make it irrelevant, not to give it more influence over our lives.

This is hard stuff, of course, because what it requires is the building of communities through engagement and activism. It requires service to one’s fellow man. It requires nurturing and championing the civil society – churches, men’s clubs, labor unions, bowling leagues, pot-luck dinners and the rest.

You’ve undoubtedly noticed the diminution of these things. The gay and trans lobbies, among others, have destroyed the joy in forming and growing them, and now our political elite demonizes them as “super-spreaders” of the virus. Rather, they want us on our phones living our lives on social media that they control.

Revivalists demand a return of community, and we demand that government get the hell out of our way.

Third, politics is downstream from culture, but politics has built a boat with a powerful motor. Further, politics corrodes everything it touches, and it has corroded our culture almost completely.

As culture is the foundation of society, it must be protected from those who would use it to tear us apart. Without winning that war, which conservatism sadly has never invested in doing, all will eventually be lost.

Revivalism demands that the Right engage in defending American culture, which we all recognize when we see it, specifically to elevate it beyond the touch of politics.

What does that mean? It means producing cultural content with a level of activity at least that of the Left, it means reviving beauty in the arts, and it means breaking and replacing those cultural institutions which have so clearly failed us.

Schools. Universities. Hollywood. Corporate media. Professional sports, if it won’t get the message.

Start locally and move up from there. Let’s write novels and plays. Let’s be funny again. Let’s never be canceled. And let’s show the world that freedom is a lot more fun than wokeness.

And let’s spare no mercy for the woke. Let’s lustily subject them to all the ridicule, all the loud rejections, all the withering scorn we can summon up. Conservatism is not up to the challenge of wokeness.

Even James Carville says that “wokeness is a problem,” and yet the conservative movement Is currently a hodgepodge of caution, cowardice and quiet acceptance of all the key elements of wokeness. Some conservatives are, like collaborators with the SS in Nazi-occupied Europe, turning on their ideological brethren in the hope they might be eaten last. Others have modulated their speech in hopes of avoiding notice. Virtually none have been courageous enough to stand up to the woke mobs.

Revivalism says it’s not good enough to silently hope that the woke fever will burn itself out. Revivalism brings the torch and the gasoline and demands the woke submit to an examination along the lines of their own standards. Revivalism insists that free speech, and the liberty to peacefully disagree without undue intimidation, return with a vengeance.

Finally, prosperity, or access to it, must be shared by all or it is illusory. The Revivalist project seeks to reopen the American and global economies to competition by independents and startups and to fight back against oligopolistic corporations. It’s a capitalist but anti-corporate philosophy.

We can defend low tax rates for billionaires on a philosophical basis all day long, but frankly it’s a loser of an idea to defend Mark Zuckerberg or Jeff Bezos’ income. Conservatives have done that, and what has it got them? The occasional think-tank donations with strings attached to push for open borders and cheap labor? Section 230 protection allowing them to play censor without consequences? Open monopolistic abuses bought-up Republican politicians are busy defending? Lucrative consulting contracts for Frank Luntz from the Sacklers of killer-opioid fame?

Conservatives have let themselves be defined as defenders of America’s worst actors. Our elites make the robber barons of old look like angels, and they’re all Democrats now anyway.

Revivalism offers a fresh start and a chance to stand with the American people against those elites who have foisted this dystopian 21st century upon us. Conservatism’s key mantra, the one William F. Buckley so famously offered of standing athwart history, yelling “Stop,” is and has always been wrong. The project isn’t to stop history, it’s to bend it in the direction we want.

Let’s start over and demand better. Let’s be unafraid and let’s fight to win.

Interested in more national news? We've got you covered! See More National News
Previous Article AVALLONE: Can You Truly Love What You Wish To Transform?
Next Article Biden, Garland, Jeff Landry And The School Boards Mess