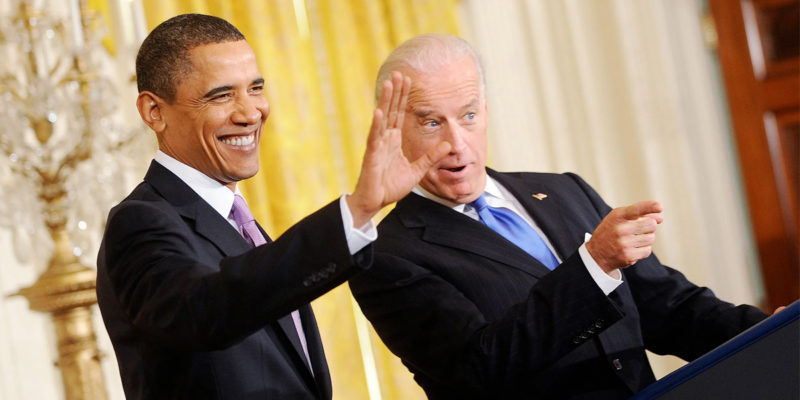 Can you truly love something (or someone) that you wish to transform?

The Merriam-Webster dictionary defines the verb “transform” as “to change in composition or structure; to change the outward form or appearance of; to change in character or condition.”

Back in 2008, just five days before his presidential election, candidate Barack Obama said, “We are five days away from fundamentally transforming the United States of America.” Massachusetts Senator Elizabeth Warren says we must “fundamentally transform our government.” Vermont Senator Bernie Sanders said, “We’re going to try to transform the United States of America.” Kamala Harris calls COVID an “opportunity” to “transform” almost every part of America and Americans’ lives.

President Biden, during the campaign in 2020, said we have an “incredible opportunity” to “fundamentally transform the country.” And this year, Biden called his infrastructure bill “historic” and said that it will “transform America.” Biden’s press secretary, just last week, confirmed that Biden wants to make a “fundamental change” to the American economy.

“Transform” seems to be a very popular word, particularly on the left. Often, they may interchangeably use the word “change,” as Senator Chuck Schumer put it (after last November’s election), “Now we take Georgia, then we change America.”

Now, on a personal level, change is positive when you are becoming a better person,  expanding your horizons, becoming healthier, etc. But when you begin resenting change in a relationship, for example, feel pressured to change, and it’s entirely one-sided, that’s not a good situation, at all.

So when they say they want to “transform” or “change” America, what they are really saying is that America isn’t enough and that it must be fixed.

That’s not to say that our country isn’t continually changing, or is perfect, for that matter. Anyone who has been married for any great length of time understands that the person you fall in love with won’t necessarily be that same person for the rest of their lives and that we are all filled with flaws – none of us will ever be “fixed.”

Love isn’t about “fixing” or “changing” or the other person – it’s about encouraging them to be their best self, rather than trying to completely change who they are. And it’s no different for a country. As Mark Twain once said, “Patriotism is supporting your country all the time, and your government when it deserves it.”

So, can you truly love something (or someone) that you wish to fundamentally transform? I don’t see how that’s possible.

If Barack and Joe, Bernie and Kamala, Liz and Chuck – and the rest of their contingency – truly love this country, why would they seek to “fundamentally transform” her? Moreover, transform her into what?

What ever happened to love it or leave it?  Instead of trying to “fundamentally transform” this country into a socialist state, why don’t those on this bandwagon just pick-up and move to any number of banana republics or oppressive countries – countries that will provide ample restrictions on your freedom of speech, freedom of religion, freedom of assembly. Countries where economic freedom, equality before the law, or freedom from arbitrary arrest will be non-existent, and where you can live safely apart from the America you so greatly despise.

And by the way, from every objective perspective, was Biden elected to “transform” America? Was this his mandate from the American people? I thought, back in 2019, when Joe Biden released a video announcing his decision to run for president for a third time, the headlines positioned him as the “return to normalcy” candidate. However, this administration been anything but normal.

The preamble to our Constitution states that we, the people, are in pursuit of “a more perfect Union.” This necessarily, of course, requires change.

But “transforming” this country erases what made this country great, in the first place – and disrespects every soul, in our country’s history, who loved liberty so greatly that they would fight and die to protect it, defend it, and pass it on to future generations.

As G.K. Chesterton, once wrote, “Men did not love Rome because she was great.  She was great because they had loved her”.

The question is, if we don’t love our country, is it possible for our country to ever be great again?

Louis R. Avallone is a Shreveport businessman, attorney, and author of Bright Spots, Big Country, What Makes America Great. He is also a former aide to U.S. Representative Jim McCrery and Trump elector. Follow him on Facebook, on Twitter @louisravallone or by e-mail at [email protected], and on American Ground Radio weeknights from 6 – 7 PM on 101.7FM/710AM KEEL in Shreveport, or weeknights from 9 – 10 PM on 96.5FM KPEL in Lafayette, and streaming live on iHeart.com, on iTunes, and at americangroundradio.com.

Interested in more national news? We've got you covered! See More National News
Previous Article BAYHAM: “No Time to Die” is a Love Letter for Old School 007 Fans
Next Article Let’s Move From Conservatism To Revivalism