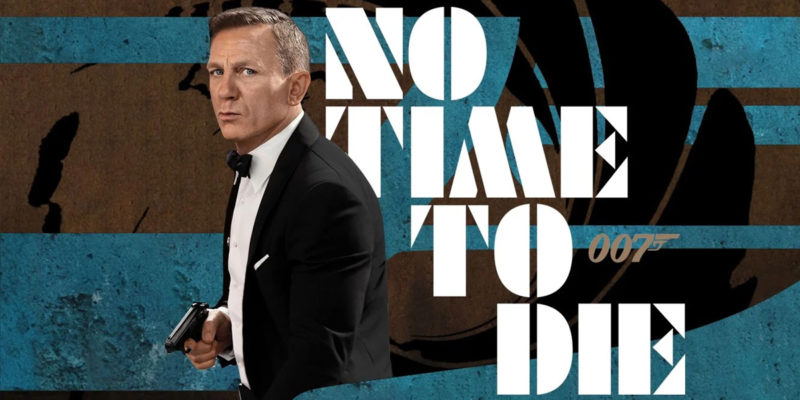 Note: This review minimalizes promulgating outright spoilers, though it does contain references to aspects of “No Time To Die” that are intended to convey its themes and overall quality without revealing specific plot elements.

Hollywood is notorious for having run out of ideas and hence movie watchers have seen longstanding franchises undergo “rebooting” to justify new people playing old characters in profitable films.

Sometimes this works (Christian Bale’s Batman) other times you get Ghostbusters with women, which made money and got a lot of critics banned from Twitter but it never made anyone forget about the first cast.

And then you have Daniel Craig’s James Bond.

The sixth actor to carry the license to kill since Sean Connery appeared in “Dr No” in 1962, Craig has been credited with playing the character closest to what Ian Fleming created in the pages of his books, a cold British secret agent embittered by a succession of emotional losses.

Craig’s Bond was a complete contrast with Roger Moore’s pithy and at times almost playful 007, a shift that was initially welcomed by fans who wanted an angrier and more ruthless secret agent.

However in a society where everyone seems angry if not gloomy about everything, it could be said Craig was not so much playing the character as originally written in the 1950s but rather reflecting the early 21st century mood of angst when his films were released.

That said Daniel Craig made it rain £ notes at the box office as the franchise closes out its sixth decade in the cinema.

Prior to the COVID-delayed release of “No Time to Die,” it had been six years since the previous 007 film “Spectre” hit theaters.

Part of that was a cat and mouse game played by actor Daniel Craig who publicly vented his weariness of the 007 role.

And though “Spectre” featured villain thespian extraordinaire Christoph Waltz as legendary Bond nemesis Blofeld and the movie raked in $880 million, it was the worst of the Daniel Craig Bond films, or to put it in true 007 context, it was his “The Man with the Golden Gun.”

But while money does not buy happiness, a reported $20 million did secure Craig’s services for what is his swan song as the iconic British spy.

There was also a bit of controversy going into the film as chatter that a woman would be playing 007, which indeed happened with Lashana Lynch (a British actress of Jamaican descent) though not exactly the way the public was led to believe.

Apparently some folks didn’t bother to separate the character James Bond from his MI6 code number that has been associated with Bond since Fleming published Casino Royale in 1953.

But beyond this curveball, rather than being a Bond film that completely remakes the franchise, “No Time to Die” does the complete opposite, being a deep dive into past influences that molded the character, including heavy references to the Fleming books and imagery, music, and other “Easter eggs” to previous Bond films that starred Connery, Moore, and…wait for it…George Lazenby.

There’s even a prominent connection to one of the Bond video games.

As soon as the film commenced it was apparent that Lazenby wasn’t just blowing smoke as the initial scenery, lead-in film score, and a key piece of dialogue Craig uses set the tone throughout the film.

The primary villain featured in “No Time to Die” is played by  Rami Malek, who received the Academy Award for portraying Freddie Mercury in Bohemian Rhapsody.

Malek’s character is Dr No-esque in mannerism and the evil plot is a mix of the contemporary with hints of schemes attempted by Bond villains in past films.

While the storyline jumps around, the film gets far more right than wrong, tying up loose ends before the series goes into a new direction, honoring the franchise’s lineage in books and film, and making peace with Lazenby and the role that both made and crushed him.

“No Time to Die” is a tribute to the franchise, a gift to longtime Bond fans, and serves as the point of departure that Craig deserved after successfully rebooting the franchise with his “Casino Royale” that mercifully exorcised the memory of the farcical abomination of the same name from 1967.

Before doing yourself the favor of seeing “No Time to Die,” watch (or rewatch) “On Her Majesty’s Secret Service” and better yet read the Fleming book (as opposed to watching the Connery movie) “You Only Live Twice.”

You’ll appreciate Craig’s last 007 that much more, though some references are more subtle than others.

And maybe you’ll walk out the theater with a better understanding of the signature four word declaration that traditionally closes out the ending credits of 007 movies.

Interested in more national news? We've got you covered! See More National News
Previous Article BLANCO: Mayorkas, The Border, And Illegal Immigration
Next Article AVALLONE: Can You Truly Love What You Wish To Transform?