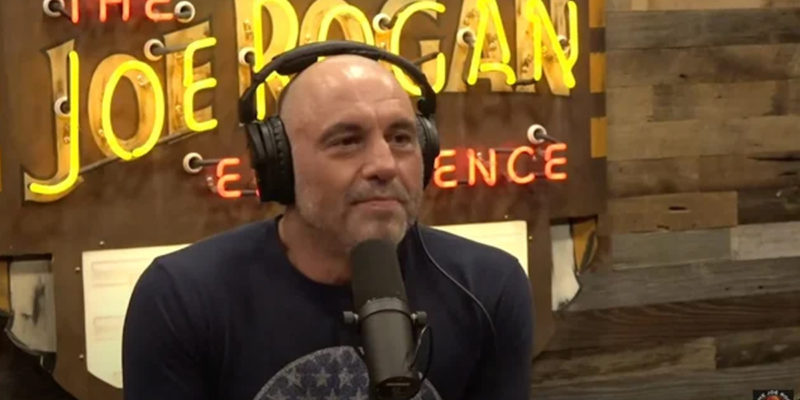 Since Big Tech has determined to shut down as much traffic from The Hayride as possible by hammering down on shares of our content, we figure we might as well get our money’s worth by talking about things Big Tech doesn’t want discussed. Like for example the lies Big Tech continues to support on key subjects, with all things COVID as a perfect example.

We’ll give Sanjay Gupta credit, in that he was willing to go on Joe Rogan’s podcast and take some bullets. Rogan had plenty, because recently he was diagnosed with a case of COVID and among the things he took to knock it right out was ivermectin. Rogan is one more in a very long line of people who have taken ivermectin (and other common antiviral medications, hydroxychloroquine being another) to great effect in beating the China virus.

But the corporate legacy media proceeded to trash Rogan for having taken ivermectin, which is bizarre. A doctor prescribed it, he took it, it worked, he beat COVID and now he has natural immunity from the China virus. Who are these people to criticize that success?

Gupta denies he’s one of them. Fair enough. But Rogan doesn’t let him off so easy. Here’s a clip…

This is why “news” people never go on shows where they are questioned. pic.twitter.com/77TUM3DE5b

And here’s another clip where Gupta comes off a whole lot worse. It’s when Rogan starts asking about the COVID vaccines and the demands and mandates that children take them. Rogan walks Gupta into a bear trap on this, and Gupta simply isn’t capable of getting out of it…

Gupta won’t even admit the obvious fact that small kids are at far less risk from COVID than vaccinated adults are. He can’t, because to do that would be to give up the game that COVID hysterics have to keep going – namely, that the entire population must be vaccinated or else there is no safety from COVID. This is nonsense, of course – natural immunity has always been the chief component of herd immunity with respect to controlling every pandemic in world history, and only in very, very rare cases (a small handful, in fact) has vaccination ever eradicated a disease.

And smallpox certainly isn’t a coronavirus with an animal reservoir.

That’s why when Rogan tries to get Gupta to recognize that his own confidence in having been vaccinated as a defense against COVID is no more legitimate than the confidence of parents that their kids don’t need the jab, Gupta’s response is that maybe he should get a booster shot. If he’d gone where Rogan was leading him, there’s a very good chance he would have been bounced from his job as CNN’s resident medical expert.

And as Mike Cernovich says, none of these guys can argue their way out of a paper bag.

Gupta is forced to accept being made to come off like an idiot here. He has no other choice.

But because he does what all of these legacy corporate media clowns do, you don’t have to accept their expertise or credibility. They’re clowns.

Sanjay Gupta is a clown. He’s a Useful Idiot for the corporate legacy media. He has no credibility. He proved it on Rogan’s podcast.

We’re coming to the point where it’ll be time to disband the legacy corporate media. The antitrust knives need to be sharpened and the small number of massive media companies controlling legacy organs like CNN (and in CNN’s case propping it up while the market is doggedly determined to kill it) need to be splintered.

At that point, with real competition in the market, this kind of garbage can’t survive.