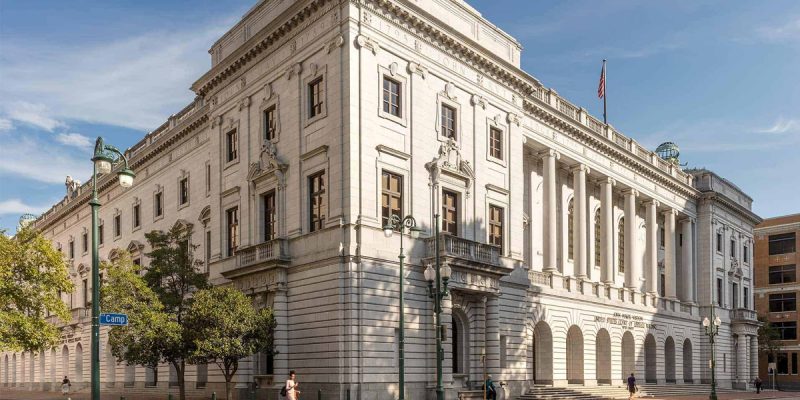 As many legal scholars have believed from the beginning, Pres. Biden lacked both the constitutional and statutory authority to mandate vaccines for private workers, but he, nevertheless, ordered the Occupational Safety and Health Administration (OSHA) to do so.  In response, the U.S. 5th Circuit Court of Appeals recently ruled on this matter, handing down a sharp rebuke of the Biden Administration’s attempt to do an end run around our legal process.

As you may recall, this past September Pres. Biden ordered OSHA to require private employers with 100 or more workers to require that their employees be vaccinated or tested weekly.  The Biden Administration, in fact, agreed with MSNBC anchor, Stephanie Ruhle’s tweet that “OSHA [is] doing this vaxx mandate as an emergency workplace safety rule” and acknowledging that this legal maneuver is the most effective “work around” (which often means it’s not legal) for the “federal government to require vaccinations.” Wow.

This Biden Administration action remains unsupported in virtually every way.  The U.S. Constitution entrusts states with core “police powers” to address and regulate the behavior of their citizens in the interest of protecting public health and safety, among other things.  Because of this, the federal government simply lacks the legal authority to take such actions.

Of course, attorneys for the Biden Administration are well aware of this limitation on federal power which is why the Biden team attempted to characterize—and get around—this limitation on its power by forcing private employers to comply based upon an OSHA “emergency temporary standard.”  What “emergency temporary” power does OSHA have? This simply means that OSHA may ignore for 6 months the Notice and Comment process which is otherwise required by the Administrative Procedure Act.  The notice and comment process is very important because it is when all parties have an opportunity to be heard—to express their objection to or support of—a proposed government action.

In fairness, we should note that the actual purpose of this OSHA bypass—when not being used to do an end run on state power—is to allow OSHA to respond to emergencies if the agency decides that “employees are exposed to grave danger from exposure to substances 0r agents determined to be toxic or physically harmful or from new hazards.”   Here, OSHA argued that this unilateral action was necessary to “protect employees from such danger.”

However, as the 5th Circuit panel explained, OSHA was unable to prove exposure or even that Covid had infected all of the private workplaces upon which it was trying to force this mandate.  The Court called this assertion by the Biden Administration and OSHA a “transparent stretch”.  The Court identified other legal defects as well—like the fact that after 20 months the virus could hardly be described as a “new hazard”—but returned to the central premise that this OSHA rule “likely exceeds the federal government’s authority under the Commerce Clause because it regulates non-economic inactivity that falls squarely within the States’ police power.  A person’s choice to remain unvaccinated and forgo regular testing is non-economic inactivity.”  (We should note that in No. 45 of The Federalist, James Madison neatly summarizes this dual allocation of power: “The powers delegated by the proposed Constitution to the federal government are few and defined.  Those which are to remain in the State governments are numerous and indefinite.”).

The Court’s ruling is music to the ears of those of us who believe in the separation of powers and the rule of law, which includes the reining in of an out-of-control federal administrative state.  What the Court is explicitly telling the federal government here is that it lacks the authority to take these actions and its purported legal justification was a pretense.  May the Judicial Branch continue to powerfully assert its constitutional prerogative and function in the face of an aggressively overreaching executive branch of government that believes “it knows best” regarding our health.

Rather, we, as free citizens who possess autonomy and individual rights of self-determination, get to make these kinds of vaccination and other personal health decisions and it is refreshing to see a court so firmly and clearly make that point in support of the right of medical autonomy and privacy.

This federal court decision has for now blocked the federal government’s attempt to mandate by regulatory law the requirement that millions of Americans, without regard to individual health status, be jabbed in their bodies with a needle and injected with a vaccine that according to CDC can potentially cause Guillain Barren syndrome (GBS), thrombosis, myocarditis and in rare cases, death—adverse events that CDC cautions should be disclosed to providers, vaccine recipients, and the public. https://www.cdc.gov/mmwr/volumes/70/wr/mm7032e4.htm.

Perhaps the benefits of the vaccine still outweigh any possible adverse effects.  My point is that the decision should be made by each individual and not by government mandate.   That is why, in response to this Big Brother governmental overreach, we should all say in unison, “Keep your hands—and needles—to yourself, Big Government.  My Body, My Choice.” (I heard this phrase somewhere; oh yes, but apparently it only pertains to abortion.)

During the Thanksgiving and Christmas holiday season, all Americans should give thanks for the gift of this federal court decision.  What we have here is a perfect example of the working of our system of checks and balances the Framers put in place and it’s deeply encouraging to see it functioning as it should.