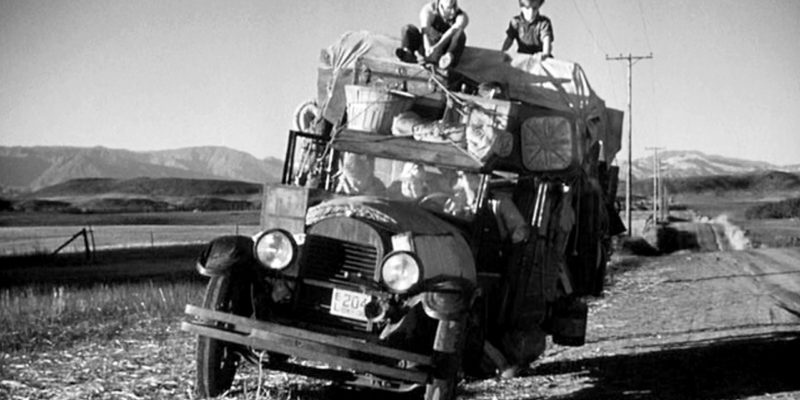 During WWII, there was a race to Berlin among the allies. In general, the allies had an agreement that the land they conquered, they would  oversee in post-war. This saw post-war Europe divided with Western Europe under the control of Great Britain and the United States while Eastern Europe fell under control of the Soviets. Germany was divided in half and Berlin was divided in half. For the next 16 years, Berliners could travel across from one side of Berlin to the other side with relative ease, though with permission. What was happening was that East Berliners weren’t returning to live under the socialist government. In 1961, the Berlin wall went up to stop the exodus, and the people of East Berlin became prisoners of the Socialist government.

It wasn’t just Berlin. People in many socialist countries smuggled themselves out of the country in search of a better life. Lee Harvey Oswald gave up his American citizenship to live in communist Russia only to return to the United States because he found life better here. He may have been the last American Socialist to dare live in an actual Socialist country. Cubans fled the island and landed in Miami. Venezuelans are still escaping into Colombia. When given the choice of which to live under, people almost always choose to live under capitalism over socialism. Even America’s loudest Socialist, Bernie Sanders, chooses his American mansions over living a good socialist lifestyle.

It wasn’t that long ago that California was considered a gem of a state. Even with their issues, people wanted to move to California. Hollywood made great movies, hairbands were up and down Sunset Blvd. The was skateboarding, surfing, Beverly Hills, Cobra Kai, something for everyone. In the minds of many, California was as close to heaven on earth as one could get. It seemed everybody I knew was moving to California at one time. Somewhere along the line, California lost its luster. Think about California for a minute, what’s the first thing that comes to mind?

If you think of San Francisco, you probably think of men in stilettos, not because it’s a San Franciscan fashion statement as much as it is convenient way of avoiding the landmines left behind on sidewalks by the homeless. If you think of Los Angeles, you may be thinking of the homeless encampments. You may think that you get fined for watering your lawn, or for not watering your lawn. You may think of the highest gas prices in the nation. There are so many reasons to think negatively about California and unless you still live in California, there’s not a whole lot of positive things people now say about the state.

One of those things you used to say negatively about California is that it was a state that welcomed illegal immigrants. While that state still welcomes illegal immigrants, the state has fallen so far that when given the choice, illegal immigrants prefer to go to Texas, Florida, or some other free state. Why would somebody immigrate from a nation with severe problems to a state that is heading to that same path?

Larry Elder was California’s last hope of turning things around and the exodus has accelerated in 2021 according to the Hoover Institute at Stanford University. In-and-Out Burger is reportedly in talks with Florida about moving their headquarters there and Tesla is reported to be looking at Texas. There’s some heavy competition from Southern states to lure businesses from California, and like so many Socialist Republics before California, the people are fleeing and bringing their businesses with them. When idiots rule, the brain drain happens. The beauty of it is that the dumber people who voted for the system stay behind because they believe it’s going to get better and refuse to see that their quality of life is deteriorating. At least the vast majority of them will continue to trust the very politicians destroying their lifestyle.

Louisiana should be in a primed position to capitalize on this, with the exception of New Orleans. Seriously, take a look at New Orleans and ask yourself, why would a business want to relocate to New Orleans over some of the other cities? Look at it honestly, why would a company choose Nola over Beaumont, Tampa, or Miami? As for Governors, we do have John Bel Edwards to overcome, but at least he is term-limited.  We do have a few politicians who think like the NFL, sells us mediocrity, and proclaims it wonderful that we have parity.

Take Senator Cassidy boasting of the infrastructure bill that he co-authored. He’s so excited to tell you that he voted for the bill he’s touring like the Vengabus is coming (Yes, I did cross a line putting that song in your head). First, that’s his job to make sure roads get funded. What next? I buy a Big Mac from McDonald’s and the cashier starts running around the building telling everybody they sold me a Big Mac? And second, it’s also his job to make sure that spending doesn’t go crazy and cause inflation to sky-rocket. So if his bill doesn’t meet the latter half, the people should be pissed.

Louisiana offers a much better option than what businesses are getting in California from their government, but Louisiana must be able to compete against Alabama, Mississippi, Florida, Tennessee, and Texas. In order to lure those businesses to this state, our legislature needs to ask itself, why would businesses relocate to Louisiana over other nearby states? Even mayors in Mississippi and Louisiana cities and towns should be communicating with the state government on getting assistance on trying to get these businesses to relocate to  the Mississippi river area. Lake Charles is located relatively close to Beaumont and Houston, Shreveport is a reasonable drive to Dallas. Businesses in Nola probably should consider moving out. Tourist businesses might want to look towards the gulf coast or less intrusive city governments in nearby areas. It’s not like self absorbed white liberals want the businesses to stay. We know how they view business owners- “those are just greedy people anyway, so who needs them?”

Though other states have business moving out as well. It’s hard to believe that many businesses want to stay in Oregon, Washington State, or Minnesota, and what business can afford to stay in New York especially with the added regulations? However, California is a lost cause and businesses have no other choice but to move out or close shop. The opportunity is there, let’s hope that our elected officials are ready to act instead of doo wop diddiwopping to Paul Young. Sigh, we’ll get the latter.