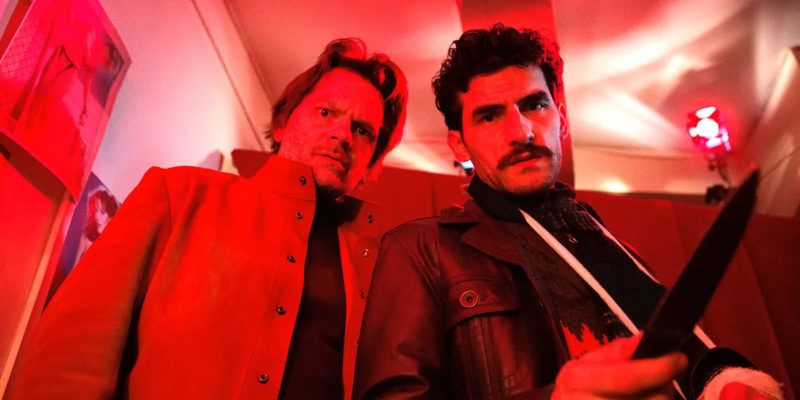 Perhaps the only two conservatives in Louisiana, and perhaps all of America, that would take an interest in Comrade Detective – the streaming comedy offered by Amazon Prime – are Mike Bayham and myself.

As for any American Socialist who is clamoring for the Hammer & Sickle, this should serve as their Bible in how to be a good practicing communist. I suppose the reason both Bayham and I can watch this without being infected is partly because we both know how the story ends for Communist Detectives in real life, and before the end of article I’ll share that short story.

Fair warning, this may get banned in America as there are some things that are highly offensive to the woke crowd. First, whatever gender it is that likes to have intercourse with goats are mocked as “goatf*ckers.”  As for those of you who have no concern of harming the emotions of Billyfeelies, well, get used to hearing the term if you plan on watching it. If not, I am going to give you spoilers any way so you won’t have to.

To understand this series, you really need a basic understanding of what was going on in Romania in 1983. The general population had their choice of television shows such as a chess match or perhaps you wanted to know how wonderful the communist party was, in which case, you would turn on the news. Or you could go outside and see the posters and billboards proclaiming such. At the dinner table, your children would tell you the great things they learned the party did. The party provided healthcare and food, there was no need for anything else. They even make it a point to remind the Romanian people of that fact in Comrade Detective.

To ensure that the Romanian people were properly entertained, the Romanian Government funded a cop show. Of course, it would remind the people just how valuable the communist party was, and just how dangerous misinformation is.

Somehow all these years later, as the show would have it, the first season was recovered by the now free Romanian government and dubbed by in English with Channing Tatum, Joseph Gordon-Levitt, and Nick Offerman. The American cast was very professional in capturing the essence of B-rate acting, though the script full of communist propaganda helps keep the cheesiness in check.

The plot really is simple, the Romanian people are happy, peaceful, and grateful to the communist party who provides everything for them. However, evil Americans are trying to corrupt these good communists with evil things like VHS, designer clothes, and unhealthy drugs like cocaine and Pepsi. It’s up to the Comrade detective and his partner to save Romanians from greedy capitalists.

The first episode starts off with the Detective and his original partner going on a drug bust, but another good communist informed to the captain about the operation. That’s what a good communist does, he snitches. These two detectives are too loyal to communism and risk their lives to stand up against the violence of American corruption, and police brutality occurs in the first five minutes, but it’s ok, because it’s a communist doing it.

Then a man in a Ronald Reagan mask kills the Detective’s partner.

Each episode launches its own attacks against America, including the idea that walking on the street in the USA will get you kidnapped, your shoes robbed, and you’ll see a police officer shooting somebody. In another episode, a graffiti artist gets busted by the police before he commits suicide, but then the police discover the real horror – he graffitied Jesus on a cross.  Apparently the United States rigged the Olympics. Of course we Americans sit all day at a table gorging ourselves on cheeseburgers.

The series makes it a point to declare that God doesn’t exist, yet, they declare that the people are happy with being a cog in the wheel to the all mighty Communist party which provides everything the people need, and they should have no desire to want more than what they are given.

The series is extremely comical in its portrayal of American citizens and should be watched by all. Conservatives should watch it to understand communist propaganda better. American socialists should study it to understand communism much better. See, the beauty of this series isn’t Reagan propaganda telling you who the communists are, it’s the communists admitting who they are.

There is no Playstation or Xbox, you have no need for a cellphone. No need for designer clothes, no literature, the internet should serve only for the purpose of the party. Everything is decided by the almighty party. Again, this isn’t Capitalist propaganda, it’s directly from the communists.

At the end of the series, the Communist Detective makes a bold prediction. He predicted that the cold war would end by the end of the decade, with the communists coming out on top. He proved to be half right. In December 1989, the Romanian people rose up against the Communist government and on Christmas day, the President was executed. A mere 46 days after the fall of the Berlin wall. Other nations of the communist bloc fell afterwards.

This series is 6 episodes long and each episode is about 40 minutes. It’s available on Amazon Prime. Or if you prefer Vudu, it’s available free with ads.